With a five-year delay for political reasons, the 13th Cairo Biennale is finally happening with an exhibition featuring eighty artists. Entitled Eyes East Bound, it acts as an invitation to engage with “the East” beyond overly romanticized views of its past and stereotypical visions for its future. Mai ElWakil contemplates some of the works, looks back at the biennale’s history, and ponders how it is impacting the local scene.

A monstrous orange hand drill, three meters high, occupies the center of a gallery. A giant can opener is attached to its chuck. The destructive power of this huge combination could be horrendous were it to operate. But it’s monumentalized as an inert sculpture for the contemplation of visitors to the 13th Cairo Biennale – brought to life by flickering fluorescent light reflecting off its body. The light source is a projector directed at the wall the drill faces, swiftly projecting intensely colored backgrounds overlaid with text – attempts to define this hybrid object, poetically speculating on its uses and origin story. Various names for a provisionary that lasts (2019) is an installation by Egyptian artist Ahmed Badry. It is one of the six artworks recognized by the biennale’s awards jurors: Felicitas Thun-Hohenstein, Catherine David, Amelia Jones, Teresa Grandas, and Annabelle Teneze. The grand prize was awarded to Joris Van de Moortel’s Monday night mess in Cairo (2019). Works such as these two raised hopes for the biennale’s first edition since 2010. But the exhibition, which opened on 10 June and includes work by 80 artists, is best described as well-executed (given the biennale’s return was only announced last fall) and risk-free.

French painter Gerard Garouste, known for his spins on mythology and biblical texts, was chosen as guest of honor by the biennale’s third-time artistic director and general commissioner Ihab El Labban, as part of the France-Egypt Cultural Year celebrations. How does Garouste’s work respond to the biennale’s theme, Eyes East Bound? El Labban outlines his vision in the biennale’s curatorial statement as an invitation to engage with “the East” beyond overly romanticized views of its past and stereotypical visions for its future, an analysis of “the social, the cultural, the patrimonial, and only then the political.” 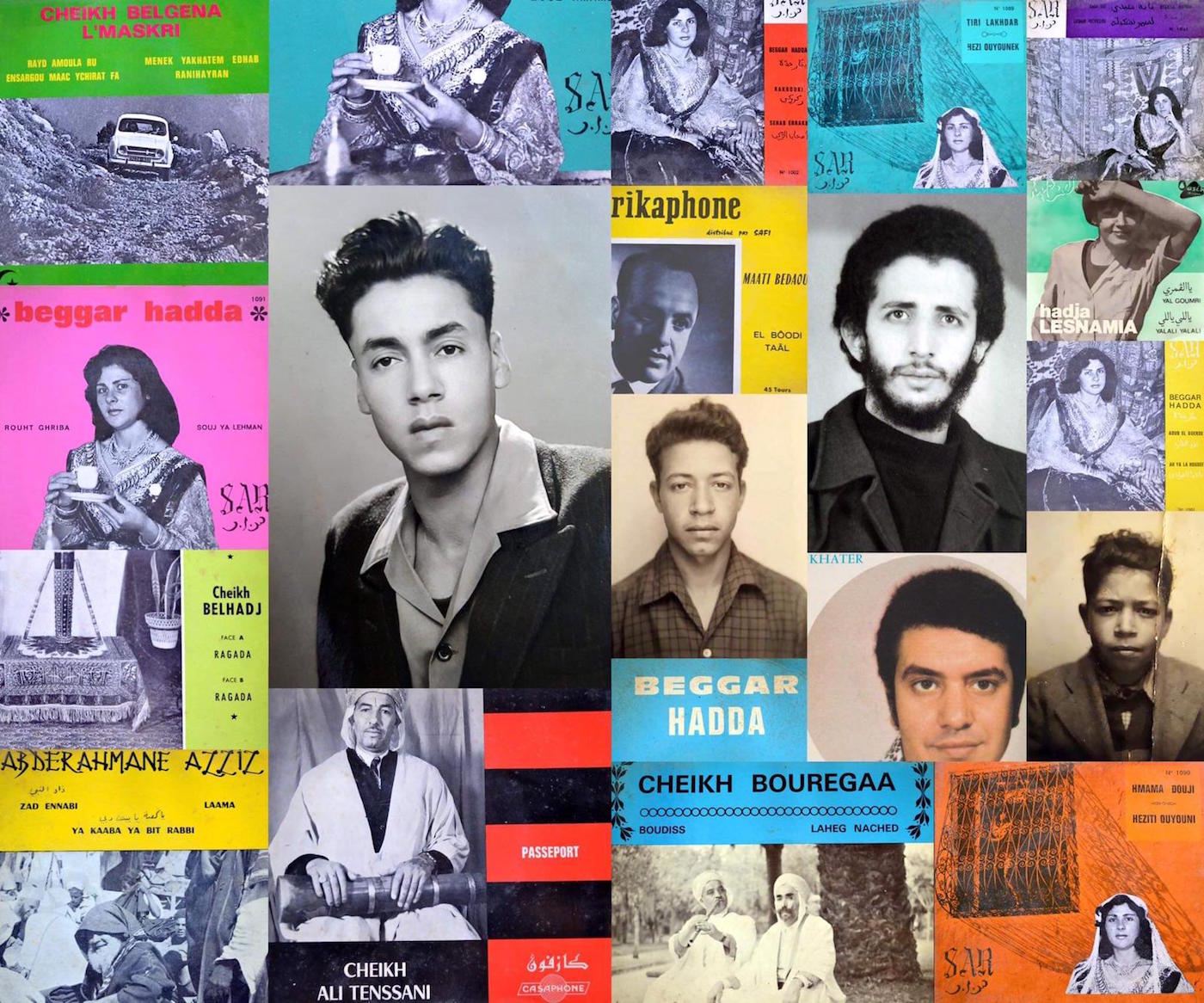 Algerian artist Amina Zoubir addresses all four angles through her contribution to the biennale with Erase female body (2010), a six-minute video where women, fully covered in bright reds and blues briefly come into view, before merging and disappearing into the wall. While Last Pop Dance Before Darkness (2016) is a 30-minute montage of archival material from Algeria’s influential pop culture period, before the rise of the Islamic Salvation Front in the nineties.

Eyes East Bound seems more of an overarching theme rather than a discursive tool and steering curatorial concept. It can loosely intersect with a plethora of works, as well as the themes of the biennale’s two previous editions: The Other in 2008, and The Diversity of All and Everything Possible in 2010. This makes critiques of the exhibition beyond the strengths of individual works an elusive task. 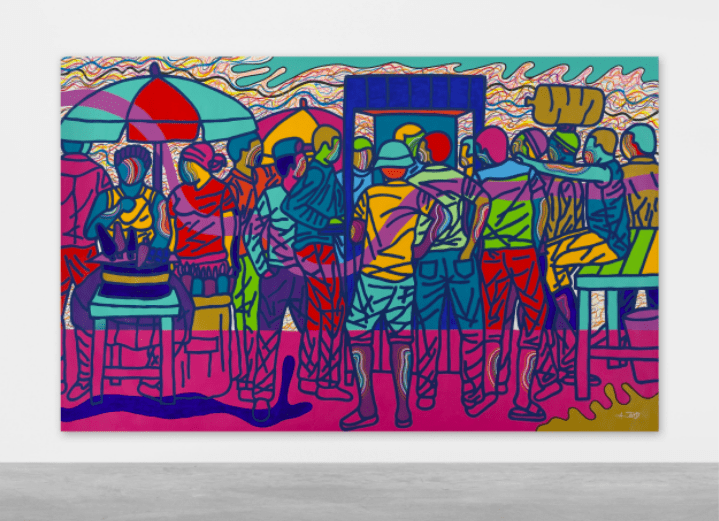 Saudi artist Rashed Al Shashai, for instance, comments on consumerist culture in Brand 2 (2019). A light box, masked by an ornamented window screen, it requires audiences to move closer before they can recognize that the colorful shapes are plastic cases of health and beauty products rather than stained glass. Beyond the optical illusion, we are left with little food for thought. Home (study of soap) by French artist Emmanuel Tussore pushes us harder. The series of twenty-one photographs, developed in 2017, documents models that Tussore carves out of soap of ruined homes and sites, paying tribute to Aleppo, one of the oldest soap-production centers, and the ongoing war in Syria. Palestinian artist Hazem Harb’s critique of the continuous rewriting of East Jerusalem’s history by changing its architecture is lazy in its literalness. An installation titled East Transformation – Transformation of the East (2019), it presents a maquette of a brick-tiled pitched roof against a photographic backdrop of the city and sounds of bulldozers tearing down buildings. But even such a loose theme can at times stretch itself too thin. Cameroonian painter Ajarb Bernard Ategwa continues exploring Douala’s urban fabric in Change and Game Boys #1 (both produced in 2018). The acrylic paintings are vivid snapshots of his hometown, captured in bold colors and animated lines. Their sheer size and compositions absorb audiences into the city’s market interactions.

Apart from the official selection whose quality El Laban has tried to ensure since he took office in 2008, the biennale’s organizational choices and impact on the local scene should be considered. Founded in 1984 as a biennale of Arab art, and expanding its focus internationally from its second edition, the Cairo Biennale was a main platform for showing works by foreign artists locally and for local artists to receive recognition and realize projects of a scale that might otherwise by difficult. As more non-governmental spaces opened in the 1990s and mid 2000s, parallel events were organized in the winter season to capitalize on the influx of foreign art connoisseurs and heightened media interest. The first such event realized on a significant scale was Al Nitaq in 2000. Three downtown art spaces (Townhouse Gallery, Mashrabia Gallery and Espace Karim Francis) organized the multidisciplinary contemporary arts festival, presenting new work by dozens of artists, filmmakers, musicians and poets.

Al Nitaq did not survive its second edition due to a falling-out between its founders. But its success inspired many to follow suit. The twenty exhibitions that were held in parallel to the 12th Cairo Biennale in December 2010 are a testament. Artist Hamdy Reda of the now-closed Artellewa space even designed a “Cairo Art Map” to guide visitors to the exhibitions spread out across the city. The scene was booming, despite a gradual shift of attention toward the Gulf – which accelerated that month with the expedited opening of Mathaf: The Arab Museum of Modern Art in Doha to coincide with that city’s selection as the 2010 Arab Cultural Capital. Mathaf opened with three blockbuster shows just two days after the Cairo biennale opened. These included the much-praised Told/Untold/Retold: With unmatched production grants ranging between US$50,000 and $150,000, curators Sam Bardaouil and Till Fellrath had commissioned new works from twenty-three of the region’s foremost contemporary artists, including the late Amal Kenawy (who won the Cairo Biennale’s grand prize that year) and Lara Baladi (winner of the Nile prize at the Cairo Biennale’s 2008 edition). 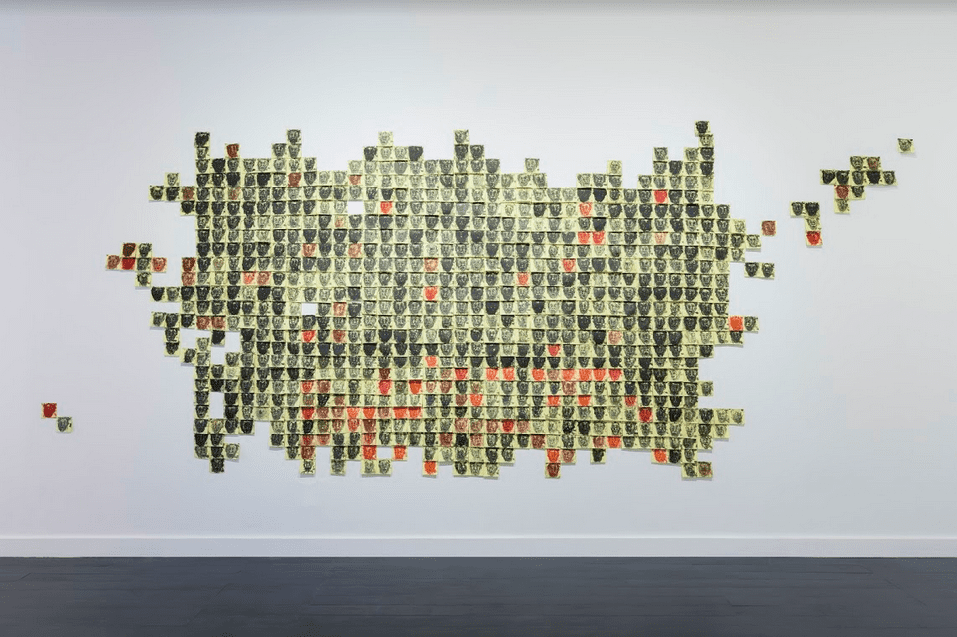 The theme of the current, 13th Cairo Biennale, Eyes East Bound, and its preliminary artist list were announced in 2012. But the event was put on hold indefinitely due to political unrest, numerous changes among key figures in Egypt’s culture ministry, and budget cuts. Choosing to suddenly bring it back in the summer season, after this long hiatus, is hardly ideal. Summer is a slow season for the local art scene, and for general tourism in Egypt. Furthermore, the Museum of Modern Egyptian Art, which is hosting part of the biennale’s exhibition, has been closed for renovations since 2011. Its entire collection is kept in storage, and it still seems to be in a dire state, with basic amenities such as lavatories and air conditioning not working.

El Laban explained that had the 13th Cairo Biennale been scheduled for the winter as usual, the biennale administration might not have been able to use the allocated budget as the financial year ends in 2019. He also said that coinciding with the 2019 Africa Cup of Nations, which Egypt is currently hosting, is a deliberate attempt to engage a different audience. This would have required a thorough marketing plan targeting these potential audiences, however, which did not happen. It is imperative to consider the broader impact of the biennale’s comeback, particularly since a significant – if still unannounced – budget has been devoted to it.

The past five years have seen several contemporary art spaces shut down in Cairo due to funding and organizational problems, with more on the brink of closing. There is no guarantee the 14th Cairo Biennale will take place in two years’ time, though the hope is that this edition could perhaps create a new “Al Nitaq effect.”

Mai ElWakil is a culture journalist and producer based in Cairo.

The Language of Comics

The Line between Analysis and Insult