Led by African merchants, African migration in the Indian Ocean region was a phenomenon that took place before colonialism. An exhibition that opened in Nairobi earlier this year retraces the Afro-Iranian and African merchant communities that the history books forgot.

Unlike the sites along the African and American Atlantic coastline, the cultural cross-pollination in the Indian Ocean area is distinctive. There is a definite congruence in the identities and customs that run from the East African coast to the Persian Gulf and Indian subcontinent.

In February this year, Nairobi’s Goethe-Institut hosted Found Footage, the preface to the curatorial project Crossings & Moorings, which explores the fluidity of identities around the Indian Ocean. For the exhibition, curator Nyambura Waruingi and co-curator Don Handa collaborated with photographers Mahdi Ehsaei and Migwa Nthigah, audio producer Wanyoike Kimani, and two other contributors, Bettina Ngweno and Nidhi Mahajan. Although the scope of the project is broad, and the study of any site along the coast of the Indian Ocean would suffice, the curators selected the town of Lamu and the city of Bandar Abbas. These selections were determined by an examination of everyday life based on existing photographs. 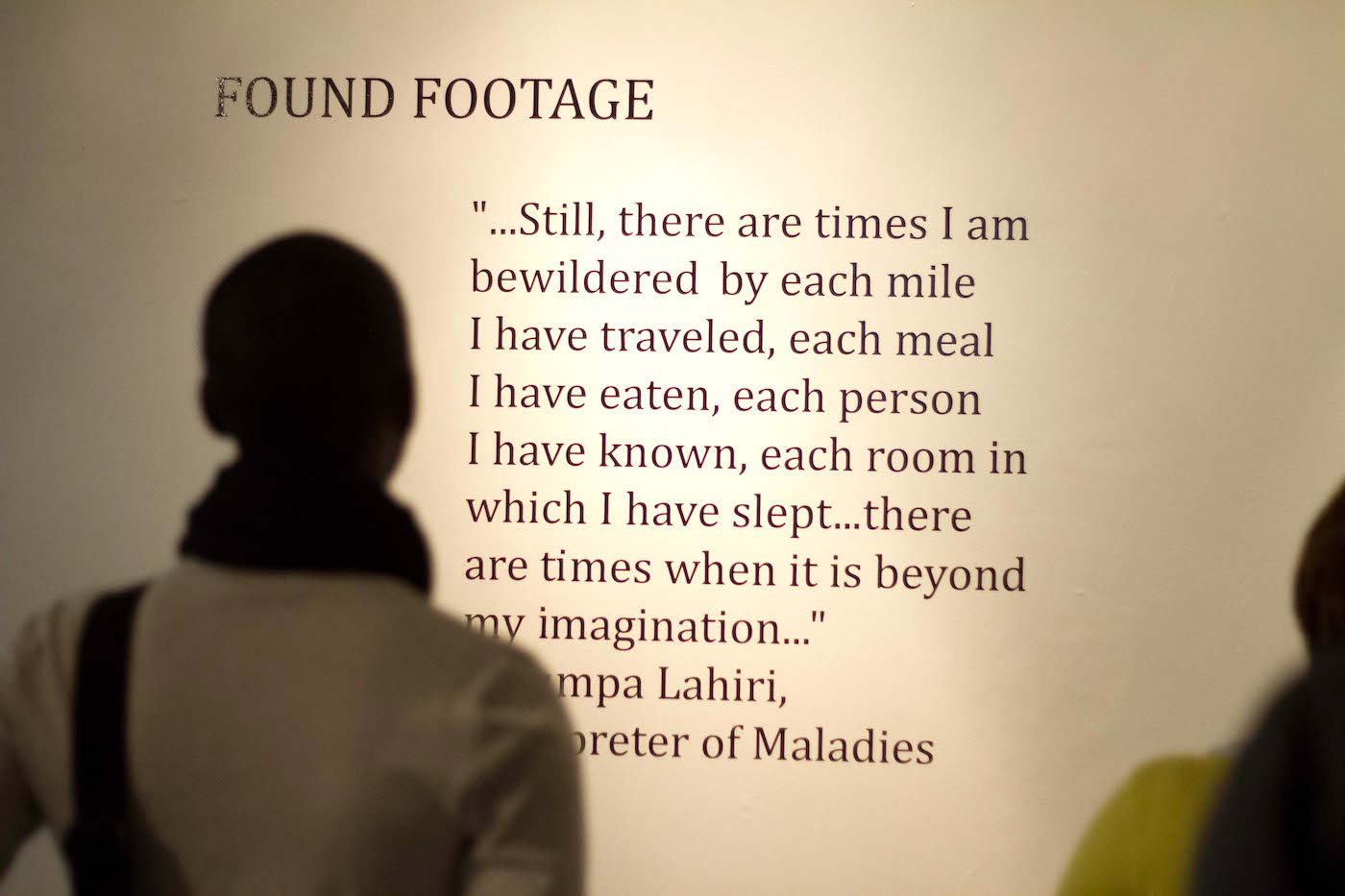 Lamu, a popular tourist site on the Kenyan coast, and Bandar Abbas, a port in Hormozgan Province in Iran, have related historical and cultural legacies and have probably experienced limited structural changes in the last century. From the 1500s to the 1800s, before the onset of colonialism, both locations were under Portuguese rule, and later under the control of the Sultanate of Oman and Zanzibar.

Nidhi Mahajan’s presentation demonstrated how the old dhow trade came out of a precolonial civilization, whose African influences have been concealed. Iranian-German photographer Mahdi Ehsaei’s work, driven by a passion for understanding hyphenated identities, focuses on the Afro-Iranian community in Bandar Abbas, while commercial photographer Migwa Nthigah captures life in Lamu. Contrasting the two communities brings out resemblances between the inhabitants of the selected locations. 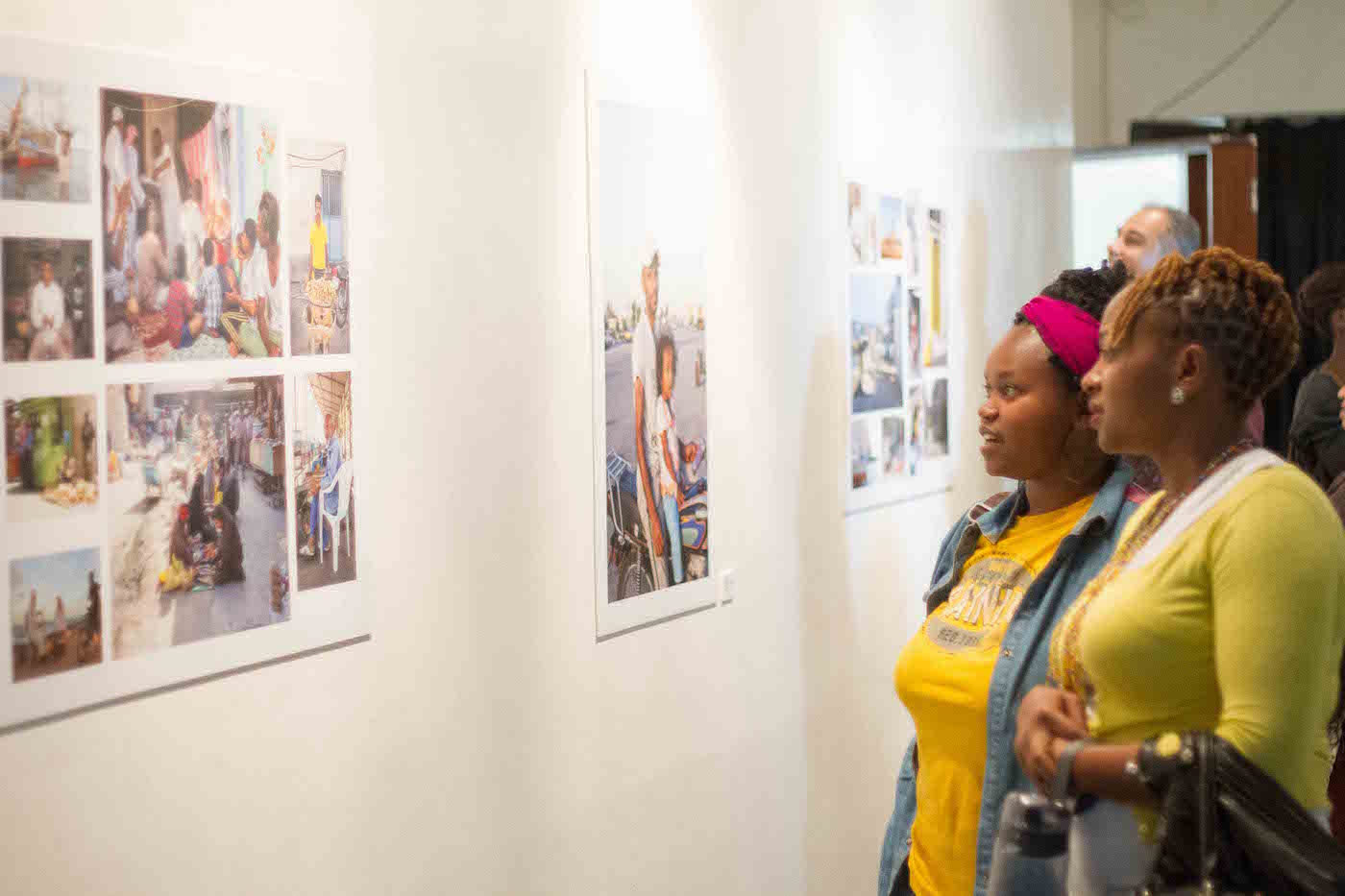 “Kenya is part of a history,” Nyambura Waruingi says in an interview with the writer. “We are just part of people moving and trying to create a world. Crossings & Moorings aims at challenging assumptions on who gets to tell a story, and how to break through cultural boundaries.”

Found Footage, whose title was inspired by Exercise Found Footage, a project Nyambura undertook while a student at film school, is based on the idea of lost and found objects. It is a reference to items that have been abandoned and disrupted within the line of movement, and to people whose identities are conditioned by accumulated memories, while being detached in the continuum of history.

Mahdi’s photography on postcolonial identities and migration first appeared as part of his final undergraduate project and casts sympathetic glances at an Afro-Iranian community that appears to have been forgotten and swept under the carpet. In their photographs, both Mahdi and Migwa capture unique memories. In particular, Migwa’s Lamu Dreamer, a photograph of a young female footballer in Lamu, demonstrates the process of transformation.

“Although the local architecture and way of life still retain some of the influences of the earlier inhabitants, these places have changed,” says Nyambura. “The people have changed. Would you have been able to take a picture of a girl in shorts in twentieth-century Lamu?” 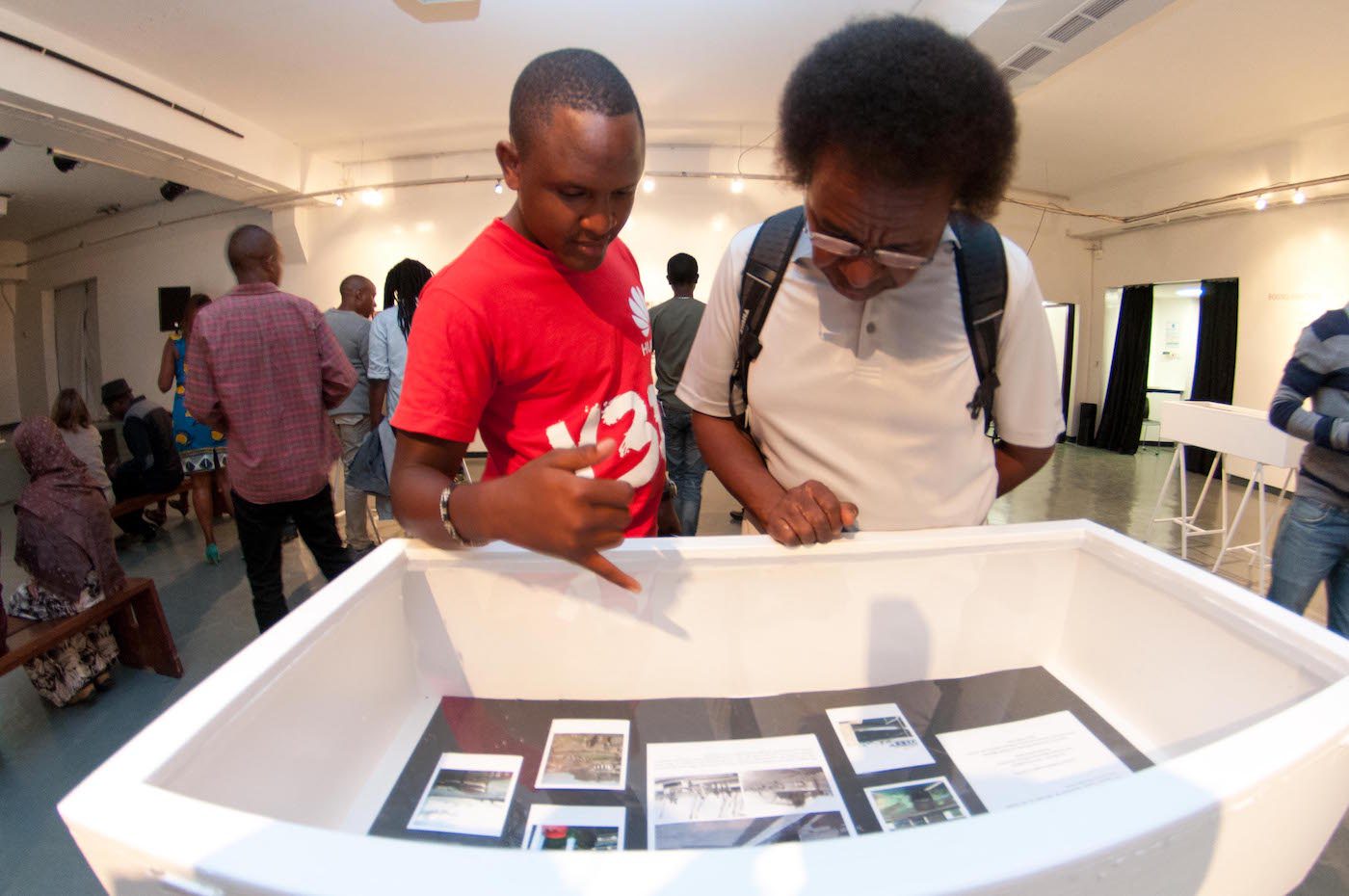 Mainstream conversations about the movement of people of African descent too often begin and end with the slave trade. At its core, the project is a deconstruction of the idea that slavery was the primary force that led to African migration, a position associated with denial. And although some Africans were violently displaced, others left as merchants and sailors. However, much of this discussion discredits the influences of discoveries, technologies, and socioeconomic factors on migration, especially along the East African Coast.

Found Footage simultaneously mirrored and reshaped reality, juxtaposing the selected sites within a single space. The sound recordings preserved nuances and moods and opened up a world of the imagination. Like an outlet of dreams, the exhibition hall transformed into a space in which experience and imagination could be used in interacting with the world, projecting the locations as open and diverse. Not only are the series of images nostalgic, they are also fragments of memories: the sight of a minaret or the activities in an open-air market, for example, can invoke thoughts of the past.

Happily, this is not the end of the project. Building on the eloquence of Found Footage, the successive phases of Crossings & Moorings will explore other universal elements of identity and African influence around the Indian Ocean, including rituals, architecture, music, and adornments.

Enos Nyamor is a student from the C& Critical Writing Workshop which was held in Nairobi in December 2016 and made possible by the  support of the Ford Foundation.