Upon meeting Harlem socialite Ms. Lana Turner, Dario Calmese was so fascinated with her splendor that he did a photography project about her. Six years on and with its own solo show, our author Magnus Elias Rosengarten spoke to the photographer about his relationship to church, fashion, and theatre; about where these places intersect in his world; and how sacred spaces have always played a crucial role in the identity formation of Black Americans.

While pursuing his MFA in fashion photography at the School of Visual Arts in New York City, Dario Calmese unexpectedly crossed paths with Harlem socialite Ms. Lana Turner at Abyssinian Baptist Church. Calmese had been hunting for hats for a school project when Ms. Turner’s extravagant and elaborate sense of fashion left an unforgettable impression on the young photographer. This was the beginning of their professional friendship, and they would soon meet at Ms. Turner’s place and sift through her bohemian wardrobe and extensive collection of hats and gloves on a regular basis. Calmese began to realize that instead of focusing on rare hat pieces or fashion items, Ms. Turner herself was destined to become the subject of his project. Over time, the couple experimented with various outfits and began to create staged scenarios, which Calmese then captured with his camera. What started six years ago has now evolved into a comprehensive show, entitled Amongst Friends, which was on view in St. Louis, Missouri. 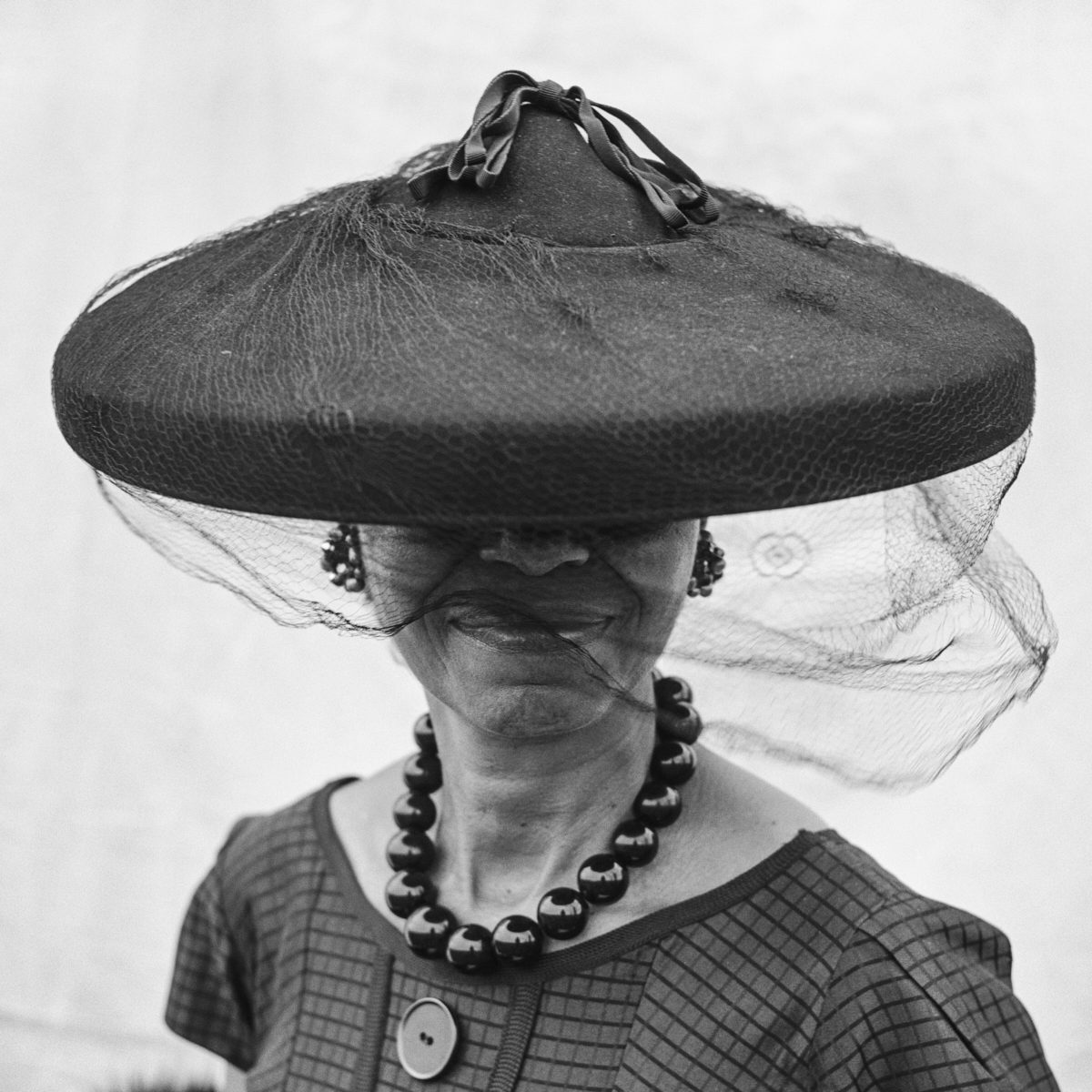 C&: You are a preacher’s kid. How did church culture influence your sense of fashion?

Dario Calmese: Fashion and style have always been a part of Black American culture and church in general. But my mother was a seamstress. She made our clothes for church services and we had the pastor’s anniversary, a big event each year. My mother would always coordinate with us what the afternoon outfits would look like. And I remember one moment when MC Hammer was really big and I wanted to look like him. She bought all the fabrics and created this outfit that looked like his: baggy pants and bolero jacket. I thought I was the shit. 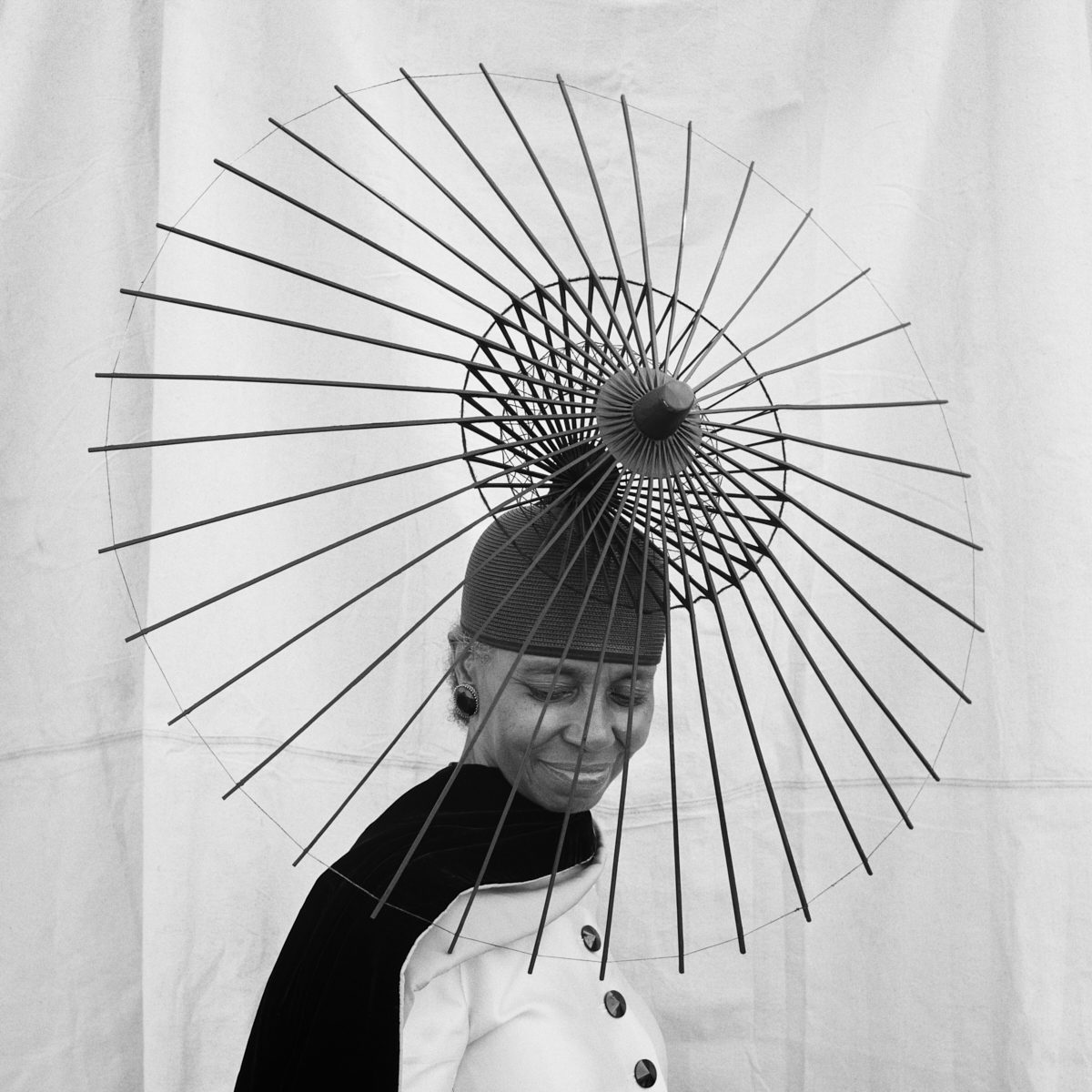 C&: What impact did the church environment have in forming your identity and character as a teenager and young adult?

DC: It’s interesting because when you grow up, you often think every place is similar to the one you are from. Style and fashion were just something from our everyday life or from every Sunday. It was important to present yourself a certain way because how you appear means something. It somehow altered the way people perceived you. Being a preacher’s kid, I understood the importance of presentation from an early age. You have to present yourself a certain way because you are supposed to set an example. The church also influenced my idea around performance. Church in and of itself is theatre. It is a theatrical production that happens every Sunday. Historically, it really has been a crucible for the construction of self for Black people in this country, but then there were also so many other aspects that you learned in church, like public speaking. I learned so many tools that I would then use later in life.

C&: Tell me more about your path from that boy in church to fashion photographer, artist, and storyteller?

DC: After finishing college in Kansas City, I decided to move to New York and pursue my acting ambitions. I was a professional actor for over ten years. I enjoyed it but later found myself wanting to express more. I felt there was more to me. I randomly bought a DSLR before a trip to Europe, thinking I was going to make a calendar for my mother, and found myself enthralled with the process of picture making. Previously, I’d just used photography as a way to share my travels with my family back home. In photography, I could use my analytical mind to think about ratio, etc., and produce something artistic. Later, this turned into shooting my friends, other actors, and performers. 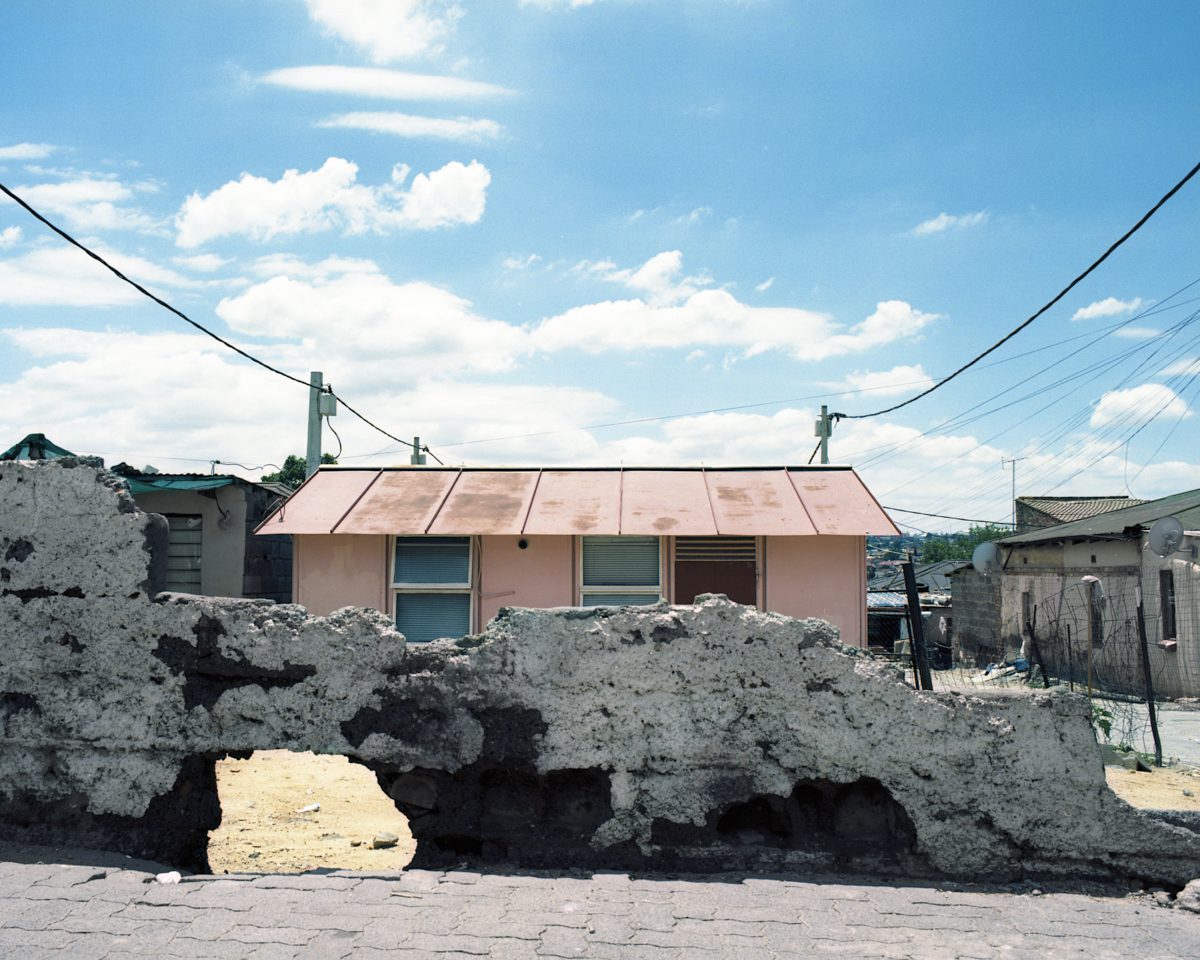 C&: I understand that storytelling is an important component of your work. Where do narrative and photography meet in your work?

DC: I like to tell stories that deal with the human condition in one form or another. This has a lot to do with my theatrical background because I think a lot about stage, performance, and presentation. Or what we call in acting “the moment before”: Where has the character just come from? In my work, I talk about the theatre of the Anthropocene, zooming in and out of a scene. Sometimes this does not prioritize the characters but rather the effect humans have on the stage, or it is about the remnants of what is left after the scene. And with the Ms. Turner series, Amongst Friends, when it comes to composition, in some of the work you can see the edge of the muslin backdrop, for example, because I want the viewer to see that it isn’t real, it’s a performance.

C&: How much agency did Ms. Turner have in the process of creating Amongst Friends?

DC: There is usually a ton of dialogue before the shoot, and she is a great participant. Our process always starts with a hat. For example, she would pull out a hat, and I would say, “Oh this makes me think of a Southern Spanish bride of the late 1800s,” and walk up to her wardrobe and choose clothes that felt like that and told that story. It can take us days or weeks to compose one outfit. She is particularly in love with the 1950s—she prefers hemlines just below the knee, no major ball gowns, nothing too short, nothing too sexy. She is also a swing dancer, so she has to be able to move around in it. 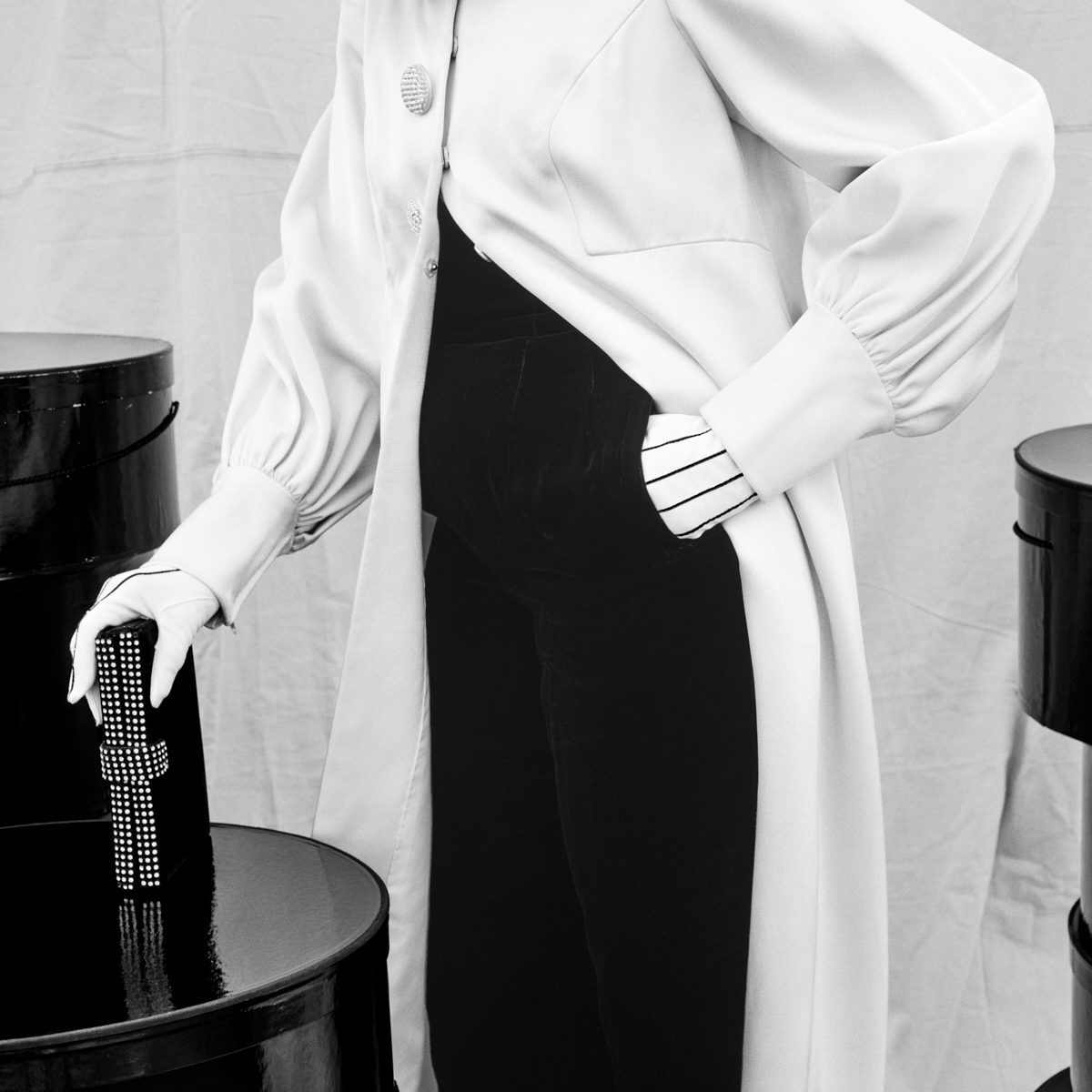 C&: Capturing Ms. Turner in her outfits is an ongoing project. What do you see it growing into?

DC: I think it will eventually become a book. And, for me, the original idea of documenting all of this was for other Black and Brown people, especially children, to see that someone could live this extraordinary life without being a celebrity. And particularly with the show in St. Louis, I have pushed for Black church groups and other folks to come and see the work. Many times, the magic that Black Americans create isn’t positioned in a place of beauty, it’s snaffled way from them and a couple of years later you would see it on a runway. And this project is by us, for us, and presented to us. Especially when it comes to art gallery spaces, yes, the doors are unlocked and you could walk in, but it is also a place we often self-segregate, we don’t walk in, we don’t engage, and I want to break that barrier.

C&: Amongst Friends would not exist without the church. You grew up in church culture and you met Ms. Turner in a church in Harlem. What role does spirituality play in your life?

DC: My relationship to God is open. Being a queer kid in church can be tough, especially if this is the only environment you know. But when I went to a Jesuit school for undergrad and learned a lot about the actual construction of the Bible, all of a sudden what seemed so mysterious and untouchable felt really tangible and human. It demystified the whole thing. And that meant God and religion became really what I wanted for myself. If I am anything, technically I might be agnostic. And I say that in the truest sense of the word, meaning I don’t know. And as far as the actual physical church goes, I really go to church for the culture. For Black people the church is essentially about worship but it is so much more. It is a community, it was a place where people received education, where they were taught how to read. Church was an avenue or entry point into a life that was not recognized outside of those four walls. I go in order to stay connected to that tradition.

Dario Calmese is an artist working in photography whose practice includes live performance, video, and text. He received his master’s in Photography from School of Visual Arts and his bachelors in Psychology at Rockhurst University in Kansas City. Classically trained in the performing arts, his photography is rooted in the Theater of the Anthropocene; at times focused on it’s players, at other times contemplating the set and costumes, but continually pushing beyond the proscenium arch and shattering the fourth wall to interrogate the justice and aftermath of the scene.