The Man Who Changed the Zambian Art Scene

C& author Andrew Mulenga explains the conditions under which art lecturer Martin Abasi Phiri founded a movement that radicalized the Zambian art scene in the 1980s and cleared the way for pressing socio-political issues.

In 1987, when a radical young art lecturer from Evelyn Hone College in Lusaka gate-crashed a cultural policy meeting chaired by the Zambian Minister for Labour and Social Services, no one would have guessed this act would redefine the destiny of contemporary art in Zambia.

Martin Abasi Phiri had learned that the meeting would have no representation from visual artists and took it upon himself to take on that role. At the meeting, Phiri and some of his students requested they be given a month in which to form a national body for visual artists. That is how the National Visual Arts Council (VAC) came into being. Phiri led the new council with the sustained wit of a shrewd politician, garnering funding allies among the diplomatic community and foreign development agencies who appeared to be at his beck and call, ushering in an era of arts funding that has never been replicated ever since.

When Phiri started his movement, the fledgling Zambian art scene only had one single commercial gallery, the Mpapa Gallery, which was run by art promoters and patrons of European decent. Painting was the predominant order of the day and the subject matter mostly safe and comfortable, genre art that featured idyllic rural scenes, wildlife, colorful marketplaces, and everyday urban life. There seemed to be a code to avoid anything political, the 1980s being a period of economic hardship, marred by food shortages that heralded the downfall of the first Zambian president Kenneth Kaunda’s authoritarian government.

However, Phiri’s work did not shy away from political content. He channeled the adversity that surrounded him and chose to work in radical materials that would not be able to sell in galleries. His work focused on his sometimes challenging content rather than pleasing the viewer or attracting buyers. In other words, he was clearly disharmonious with the tenor of the time. He found the painting- and sculpture-oriented art scene in Zambia restrictive, leading him to iconoclastically create works considered extreme. He consistently interrogated the general perceptions of a conservative public in a then neo-socialist one-party state.

Phiri returned from Beijing in 1987 – the same year the VAC was formed – with a BA in Fine Arts. Most probably he was intellectually influenced by students of the “’85 New Wave,” which were at their peak in China at the time, a period of censorship, particularly in the arts, that ended in the bloody events of June 1989 in Tiananmen Square. In any case, Phiri acquired a revolutionary disposition as a student and was motivated to challenge the existing art structures upon returning home. His radicalism did not just end at the formation of the VAC: Phiri can also be cited as the “father” of conceptualism in contemporary Zambian art. 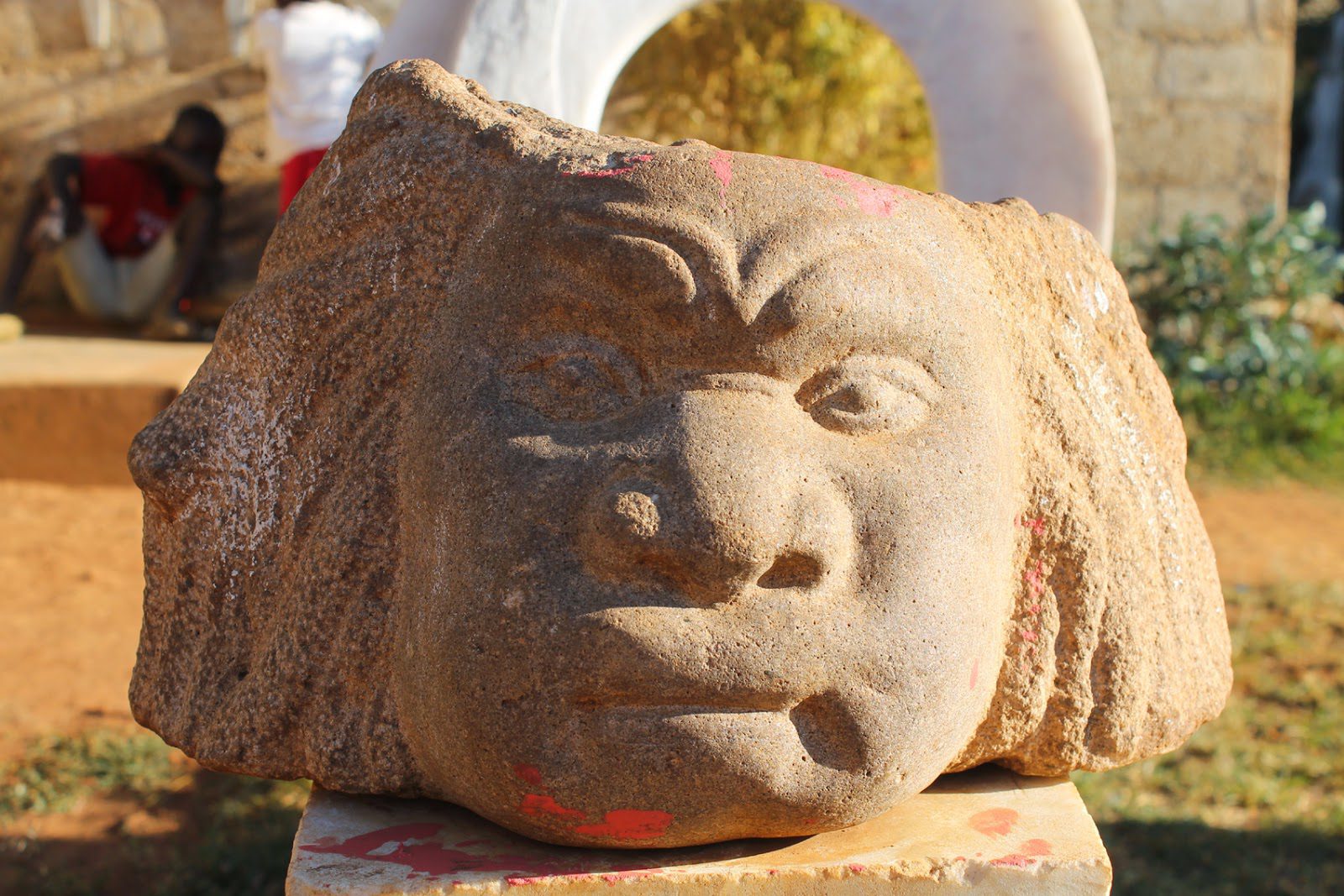 A sculpture by the late Martin Phiri. Courtesy of Andrew Mulenga.

For example, Casket II out of his Casket Series was made out of metal fluorescent light tube holders. They were welded into a full-sized casket with a proper window and a lid that could be opened for viewing the face of a corpse. In the casket, Phiri cast his own face and placed it wrapped in a white cloth just as a funeral parlor prepares a body for burial. He touched it up with some oil paint to achieve the real complexion of a dead body. Since Phiri was an accomplished portrait painter in oils, it was not difficult for him to create a realistic self-portrait.

The casket was accompanied by a video of mourners, mostly footage Phiri had captured at funerals for relatives. It showed women moving past the casket, looking down into it in the local body-viewing custom. Among them was his wife bursting in to tears. With this work, Phiri had in effect made his wife a widow, a taboo within the moralistic beliefs of Zambia’s collective ethnic communities. Even in a post-modernist context, the work crossed the line of accepted societal norms, deconstructing cultural stereotypes. Asked about why he had created the work, Phiri would simply answer: “I wanted to see how I would look in a coffin and how people would mourn me.”

As for Casket I, the work was inspired by events that took place when Phiri was a boy. It comprised a sculpture made out of scrap metals from actual discarded military vehicles and bombshells. He had witnessed white supremacist mercenaries from Southern Rhodesia – now Zimbabwe and South Africa – who were hired to destabilize Zambia’s commercial infrastructure by bombings, in order to stop the country from supporting the liberation movements of Southern African countries. Many lives were lost, including those of the attackers themselves.

One afternoon in the early 1980s, Phiri was seated on the veranda of his brother’s house when he saw a white mercenary in combat uniform installing explosives on the pillars of the Chongwe Bridge a few kilometers outside of Lusaka. The soldier then ran back across the bridge, only to have the bombs explode while he was still on it. As the bridge was no longer in place, a sequence of tragedies followed: speeding trucks and other vehicles plunged into the river. Phiri revisited this site as an adult to collect the debris from many years earlier, and to make a sculpture in memory of the horrifying incident he witnessed.

The Casket Series, although poorly documented, nullifies any notion that Zambia is not part of the conceptual art conversation on the African continent and proves that Zambian artists were capable of transcending an ornamental aesthetic as early as the 1990s – just as artists in any other part of the world. 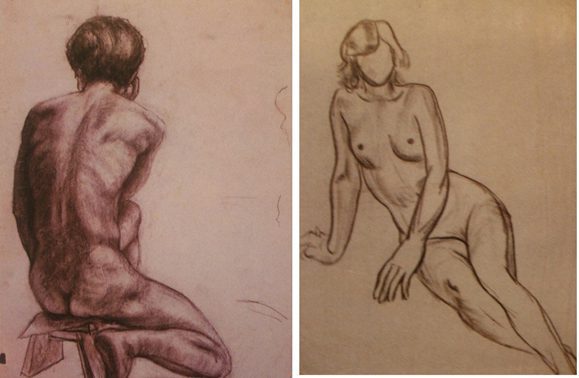 Yet, despite works like the Casket Series, Phiri was well-versed in the “traditions” of fine art, as is evident in his earlier works. He was able to swiftly move between the live model drawings from his student days to works with stone, wood, and scrap metal. The politically charged work titled Tukaba bwino kuntashi (meaning “We shall be okay in the future” in the Northern Zambian Bemba language), shows Phiri’s proficiency in carving marble. It is a commentary on the electorate who are promised better lives if they vote. It features a blindfolded head that appears to be sinking, chin-deep, perhaps into poverty, while unable to see the greed and corruption of politicians – a reference to the despondent hope for a better tomorrow.

Like the art scene that produced him, Phiri may not be a household name beyond Zambia’s borders, but clearly he remains a titan of contemporary Zambian art and deserves a place in the pantheon of its greats such as Akwila Simpasa and Henry Tayali. Under Phiri’s direction, the latter lent his name to the headquarters of VAC, the Henry Tayali Gallery.

Summed up in a sentence, Martin Abasi Phiri was a rigorous innovator whose purpose was to push the margins of his own creativity while striving to improve conditions for artists in Zambia by engaging the artistic community, society, and the government.

Andrew Mulenga is a freelance arts journalist whose main focus is documenting the contemporary art scene of his home country Zambia.