The Origins of Feminist Intersectionality

In the 1980s pioneering events brought together women from Europe and Africa to discuss feminist issues on an intersectional, transnational and postcolonial level. Show Me Your Archive and I Will Tell You Who is in Power was the exhibition in Belgium that reflected on this landmark moment with a series of new commissions.

Kiosk Gallery Poster: 'Show Me Your Archive and I Will Tell You Who is in Power', 2017.

This bold exhibition modestly proposes an alternative historical narrative, but backs this up with facts and evidence. What happened in the 1980s in Ghent, Belgium? The two curators, Nataša Petrešin-Bachelez and Wim Waelput, offer an exciting investigation into recent feminist history and history of decolonialization. One of the starting points is the archives of Chantal De Smet. 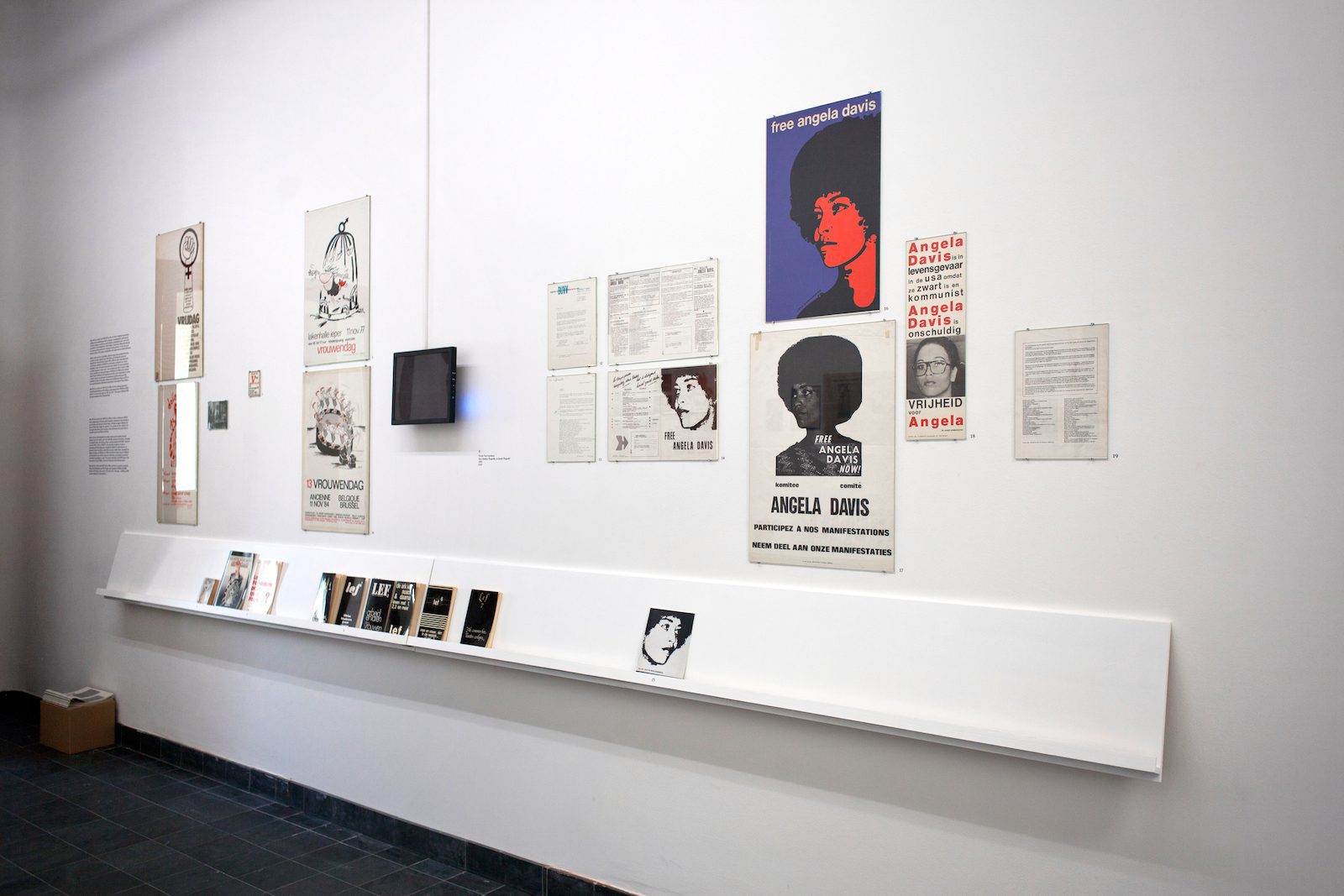 From 1989 to 1996, De Smet was the first female director (and to date, the only one) of the Ghent Academy, now the Royal Academy of Fine Arts KASK / School of Arts. A pioneering activist, she was involved in Dolle Mina – the first autonomous women’s organization in Belgium, created in 1970 in Antwerp – and its Walloon counterpart, Marie Mineur. Beyond Quiévrain she actively supported Angela Davis and LeF (Leftist and Feminist collective). De Smet was also one of the only Belgian special envoys to FORUM’85 in Nairobi. The event, the first of its kind in Africa, gave around 14,000 feminists from all over the world, particularly from the South, the chance to meet and argue out their convictions.

The exhibition’s contours emerge from intermeshed networks and from a dense, complex history forged by parallel struggles that intersect at a given moment and take stock of their differences and similarities. This seems to have created new aspects of feminism, engendering the possible third wave. Intersectional, transnational and postcolonial, this a-centric movement operates at the crossroads between race, gender, sexuality, class, and post-colonialism. The curators’ approach sets up a space for discussion on subjects that are still taboo in many colonizing countries. It is about “Speak Up/Make Your Way”, to borrow the title of the Amandine Gay’s documentary (Ouvrir la voix) that gives a voice to the black women of the Diaspora. 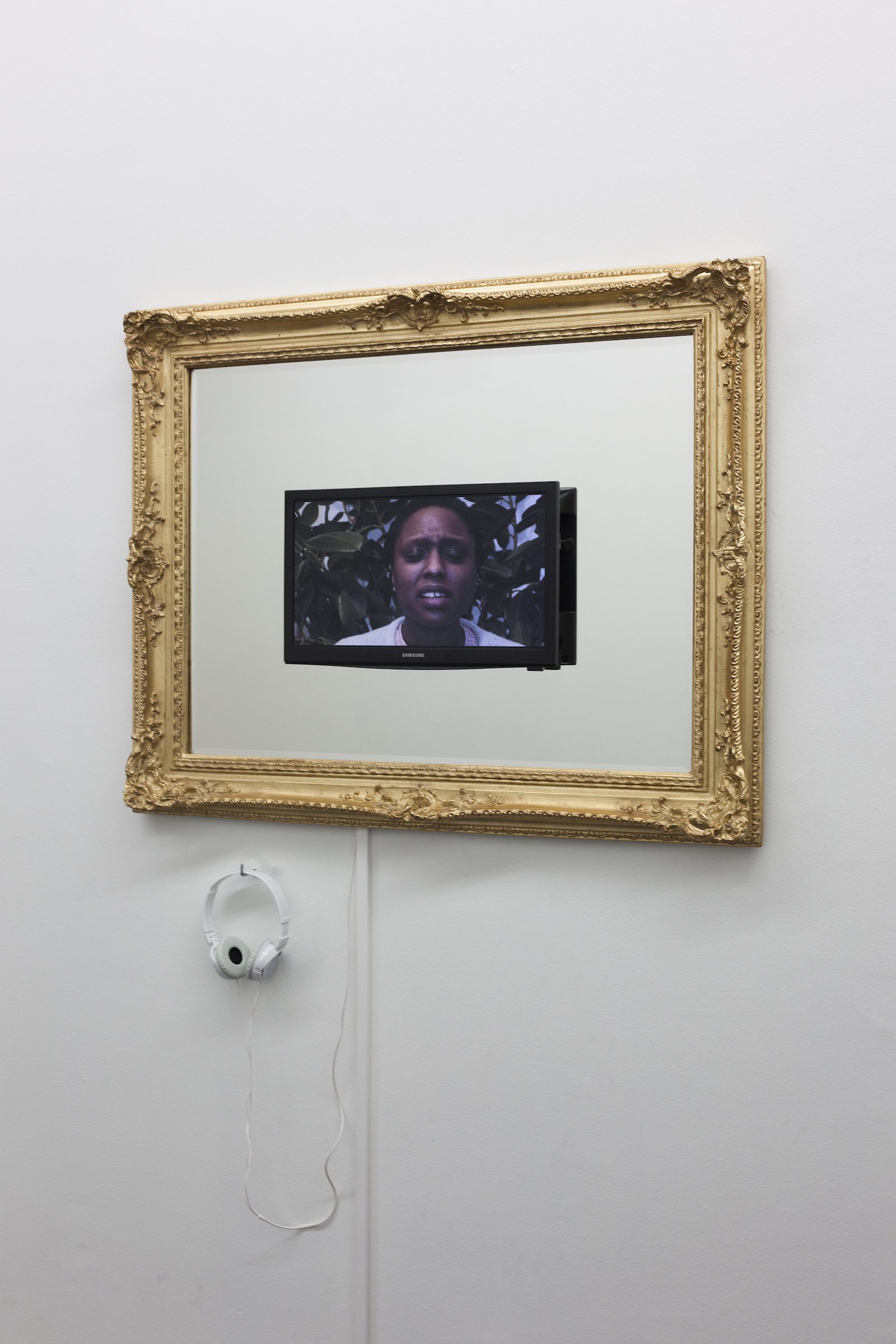 The symposium was held on the sidelines of the UN Women’s Conference in Nairobi, which was perceived as being overly dominated by white and western models. Françoise Dasques’ documentary The Women’s Conference – Nairobi (1985), allows us to immerse ourselves in the atmosphere of this multicultural encounter. The film shows Angela Davis, Nawal El Saadawi, Hortensia Bussi de Allende, as well as many anonymous activists such as the Palestinian woman who asserts, “Even if I were a nomad, even if I had a tail, I have a right to the land!” Alex Mawimbi (Ato Malinda), who was born and raised in Nairobi, responds with an overwhelming work: Four-Year-Old Temptress? In a mirror resembling that of her mother’s, a flat screen shows a short video of the artist. From her singing and her few comments we learn that at the time of the great women’s festival she was abused by the mother who gave birth to her and by her aunt, who were on drugs.

In KIOSK, the experience happens in two stages. First, an archive section that contextualizes the subject in a local and global socio-political history, then the works, all new productions, displayed in the old anatomical theater. Among the documents highlighted is a collection of interviews in Nairobi (Andere vrouwen, andere woorden: Vrouwenbeweging in Derde Wereld, interviews uit Nairobi 1985 (Other women, other words: the Women’s Movement in the Third World, interviews with Nairobi 1985), between women from former Dutch colonies (Netherlands Antilles, Indonesia, Surinam) or others who fled to the Netherlands, and Dutch feminists. The emphasis is on solidarity. This collaboration is the work of the Study Group for Solidarity and TransActions, a group that has been interested in effective and transnational implementation in South Africa. For several decades a system of letters made it possible to send money to anti-apartheid forces. The video shows author Anna-Lena Wästberg reading the last letter she wrote in 1991 (on the release of Nelson Mandela). 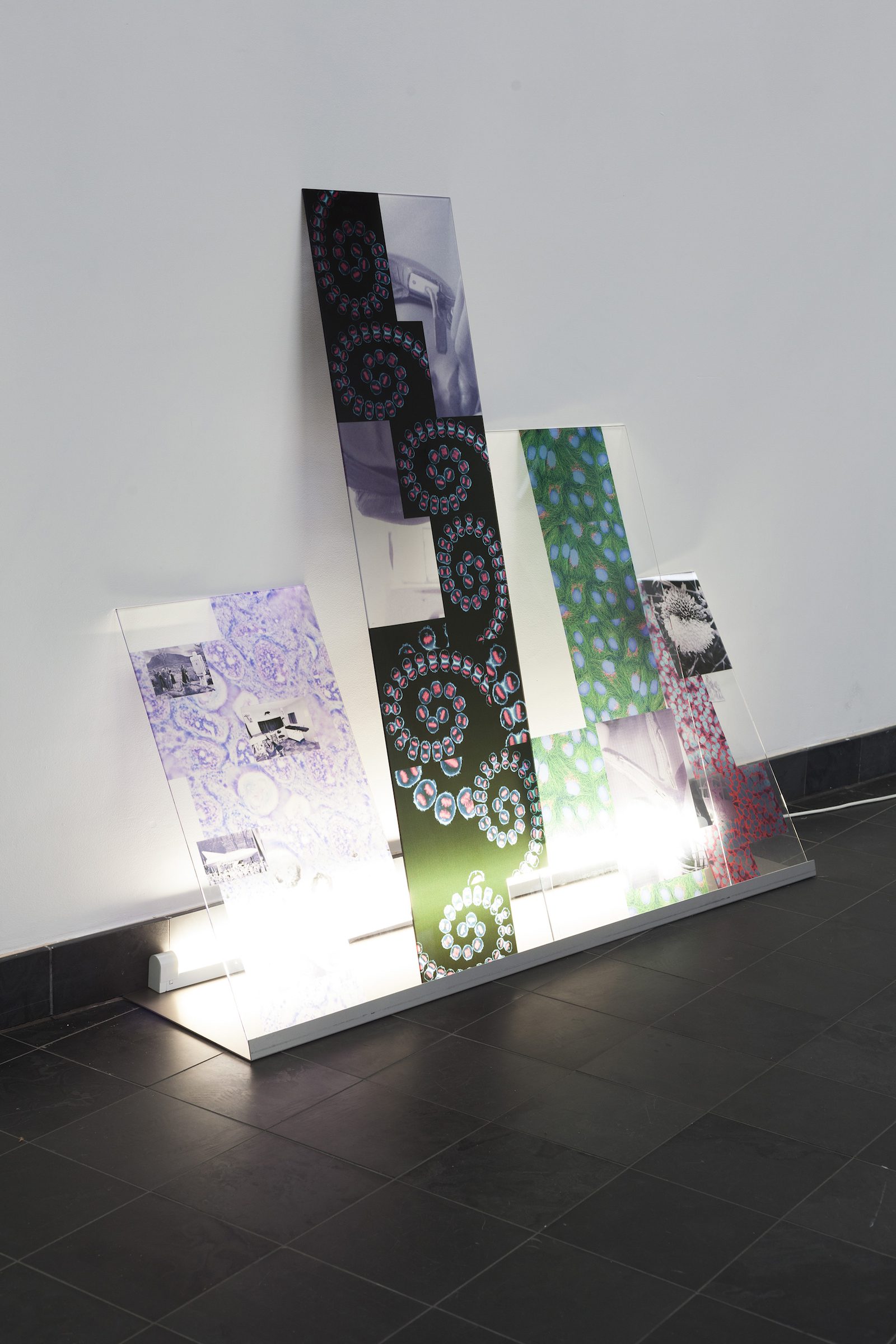 Another reaction is that of Kapwani Kiwanga, who becomes a “galactic anthropologist” in an Afro-futurist performance, and explores the idea of ​​a future without oppressions where life would be eternal. The play Tablets is a resonance on the story of Henrietta Lacks. This Afro-American woman who suffered from an extremely aggressive cancer is the origin of a cell chain cultivated in vitro (“HeLa”). The samples taken from her body were used throughout the world without the patient being informed or consenting or being paid any tribute. The same applies to Saddie Choua, who exposes ordinary racism and sexism, as on the record sleeve “Do they know it’s Christmas?” Or in the performances of Zwarte Piet (“Black Pete”), the black companion of Sinterklaas (Saint Nicholas), who still conveys slavery stereotypes to this day. In her video installation, Eva Olthof uses three key female figures in the history of the Congo to imagine new anti-colonial narrations: Queen Fabiola (wife of King Baudouin of Belgium), Andrée Blouin (Patrice Lumumba’s head of protocol), and Pauline Opanga Lumumba (Lumumba’s widow). The exhibition goes on to look at the autonomous movement of Kurdish women in Syria filmed by Marwa Arsanios. These warriors and theoreticians produce the magazine Jineoloji – the term refers to the concept of women’s science and science by women – and upgrades the value of these ideas in contrast to Eurocentric patriarchal norms.

The exhibition is nearly a political manifesto and eschews any kind of Manichaean methods. The visitor will leave thinking of the memory under construction of those who are just arriving. Our contemporaries are founding the archives of tomorrow. What do we want them to say and what would we be ashamed of?

[1] Title quoted from an interview given by Gloria Wekker in 2009. Wekker, of Afro-Surinamese and Dutch origin, introduced transnational feminism to the  Netherlands.

Mylène Ferrand is an art worker and writer, PhD candidate, she also contributes to different medias.