Our author An Paenhuysen talks to Jessica Lynne and Taylor Renee, founders of the art journal ARTS.BLACK.

It was in 1992 that in her book, “Black Popular Culture,” art historian and cultural critic Michele Wallace asked: “Why Are There No Great Black Artists? The Problem of Visuality in African-American Culture.” In 2014, Taylor Renee shifted that question to Black critics writing about art in a still very white and male dominated field. Together with Jessica Lynne she founded the art blog ARTS.BLACK, dedicated to art criticism from Black perspectives. Now, a year later, ARTS.BLACK has turned into a journal and is already very much on the radar of the art world. In a virtual meeting with its founders, I asked them about the who, what, when, where, and why of ARTS.BLACK.

Taylor Renee: During 2014 I was finishing my master’s thesis on underrepresented audiences in cultural institutions, so I was in the practice of heavy research, and ultimately discovering more and more cultural and ethnic gaps within the arts industry. During this time, I was interested in uncovering Black critical voices throughout history and in the present, which proved rather unsuccessful. I posed the question on Facebook: “Where are all the (relatively) young Black art critics?”

The query prompted many suggestions of critics I should know. I knew the work of many of the writers suggested, but mostly all of them were arts writers and not self-proclaimed art critics. I continued the conversation offline with a few writers, but Jessica and I shared a kindred perspective on the importance of filling the void of Black critical discourse in the art canon. A few weeks prior to the revelation and post, in September 2014, I purchased the domain “ARTS.BLACK.” And I can clearly remember how from that moment on Jess and I began brainstorming on what a platform for Black critical voices would look like in the contemporary art world. The publication was launched in December 2014.

AP: You were both writing art criticism before you started with ARTS.BLACK. Jessica, I know that one of the writers who inspired you on your way to becoming an art critic is bell hooks. Could you say a little more about this inspiration?

Jessica Lynne: Sure, I love talking about my connection to bell. Essentially, I had a kick-ass introduction to art criticism while in undergrad. I talk about it a bit in an essay I wrote last year. My professor, Carley Moore, introduced me to a host of critics, and bell was the critic with whom I spent the most time wrestling. Up until that point, criticism terrified me and I considered it a practice for white elites with fancy degrees in art history. Reading bell was fundamental to understanding that criticism should come from a variety of perspectives and, more importantly, is strengthened by multiple perspectives. Taking Carley’s course was probably one of the most important decisions I made in college because it gave me a foundation as a writer and thinker that truly shaped my identity as a critic today.

AP: ARTS.BLACK was initially set up like a blog, but then recently it turned into a journal. What’s the difference for you? Is the possible impact of a journal greater than that of a blog? Does a journal get more recognition by the established art world?

JL: This is an interesting question. I think once we moved from Tumblr to a formal website, it didn’t make sense to keep referring to the site as a blog. And certainly, using the word ‘journal’ lends an air of elegance but I do think that a blog can have the same impact and reach as a formal journal.

TR: Definitely, I think operating as a journal provides some accountability on our end. For us, it elevates the publication’s virtue. The transition has allowed us to have a bit more agency over content and how we wish to present it. We want ARTS.BLACK to remain accessible beyond its founders; something as simple as changing the moniker and host ensures that in some ways. 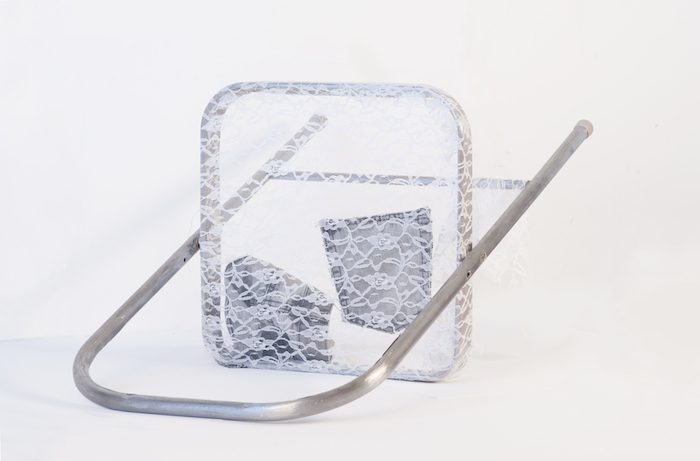 William Marcellus, outgettingribs, 0.0 mi away. Courtesy of the artist

AP: You are both based in two different art scenes. Jessica, you are in the art hub NYC, while Taylor in Detroit seems to be more in the periphery. Are your respective locations complementary?

JL: It certainly creates a great balance for us as teammates and friends. We’re always joking about what is or is not working in the places that we call home. For certain, NYC is a hub but you know, for me, it’s not the center of my universe. Is that blasphemous? Maybe. Do I care? No. There is good work happening here in New York. There are fantastic artists, writers, curators, gallerists, activists here in New York, many of whom I count as friends and mentors. I remain invigorated by the energy of the city I’ve called home since I was 17. Does this mean that there are no good people doing great work in other cities? Absolutely not. And it’s important to be reminded of that.

TR: Us being in two different art ecosystems is definitely complementary, and works to our advantage. Most obviously, we’re able to cover more ground geographically. ARTS.BLACK is often in at least two spaces at once all the time, while simultaneously being everywhere in URL. As Jess mentioned, we are constantly in conversation about our ‘local’ and what it means to be ‘local.’ Although we live in Detroit and NYC respectively, we’re following and engaging with many other art ecosystems around the world (Miami, New Orleans, London, Dakar).

AP: Taylor, in your essay on art in New Detroit (http://www.arts.black/you-cant-sit-with-us-new-detroit/), you quote social activist Grace Lee Boggs: “I feel so sorry for people who are not living in Detroit. Detroit gives us a sense of epochs of civilization in a way that you don’t get in a city like New York. It’s obvious from looking at Detroit that what was doesn’t work. People are always striving for size, wanting to be giants. And this is a symbol of how giants fall.” What was important to you in that quote?

TR: I quoted Lee Bogg’s in my New Detroit piece because I find that the more immersed I become in this enigmatic city, the more I resonate with Lee Bogg and her philosophies. I came back to Detroit in 2014 after being away for seven years. Detroit and I have a weird relationship. The city and I have changed a lot during my time away. It’s like being with an old lover after many years apart. There are nostalgic and familiar encounters after the reunion, but nonetheless you are both different from your time before. And hopefully the experiences you’ve had while away inform some type of improvement for the relationship; make it better than the last encounter. I hope that my experiences away, in the arts, can aid in the development of Detroit’s art community.

I can go on and on about Detroit, but coming back to your first question, I think that Jess is an outstanding voice in a highly saturated arts ecosystem in NYC. Conversely, I am a critical voice, using language to shape and share (untold) narratives about a city with a lacking critical landscape. Our perspectives in these cities are wildly different, and instrumental in how we operate as a team. Our geographic dynamic works awesomely. 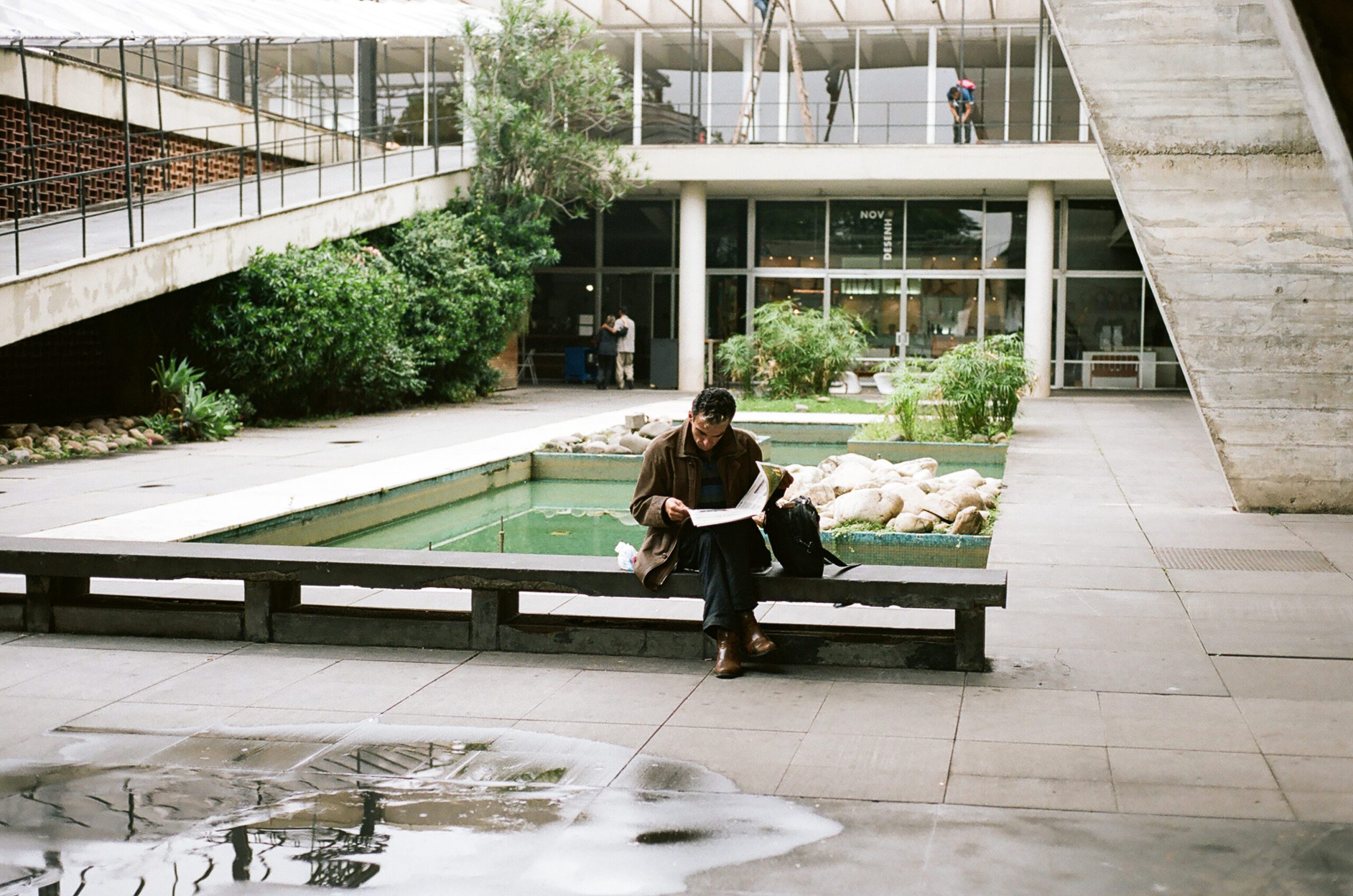 AP: Although the contributions are written exclusively by Black art writers, the journal doesn’t address solely Black artists. Why did you decide to keep that focus open?

JL: Black writers shouldn’t be called upon to only write about “Black” things.

AP: Aside from reviews and interviews, you’re also featuring essays. How do you think the genre of art criticism can expand – and does it need to expand?

JL: Personally, I love experimentation. I like how people are playing with form via social media. I think I’m less interested in the question if it needs to expand and more invested in figuring out how we support the field when it does expand because I understand evolution and experimentation to be inevitable. I mean, ARTS.BLACK is a perfect example of that expansion.

TR: I’ll echo that sentiment. ARTS.BLACK is poster child experimentation in the genre of arts criticism. Jess and I have been fortunate enough to participate in critical experimentation on- and offline. Nonetheless, I think we are finding value in breaking out of the traditional norms of art criticism to make it more accessible and normalized. We champion expansion and nuance. 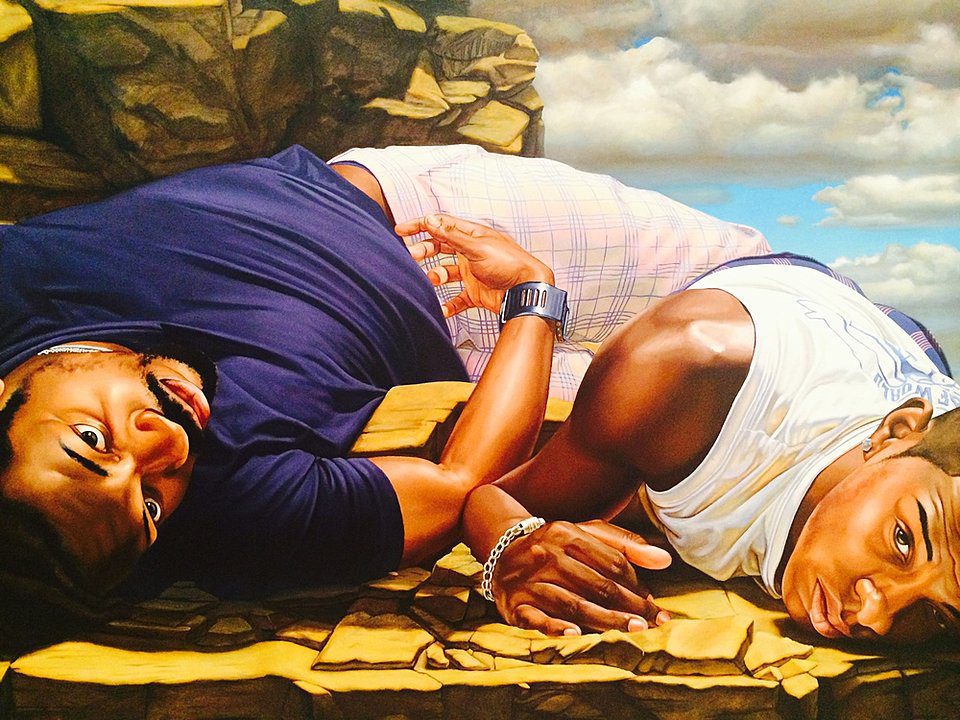 AP: In what’s also been called “The Time of Ferguson” in the United States, do you find that art can play a role in changing the situation? Does art criticism matter in that context?

JL: Art has always been important within the context of radical social movements, in particular, radical Black political movements in this country. We see this with Emory Douglas and the Black Panther Party. We see this with the Black Arts Movement. Criticism then becomes another way of responding to the times, historicizing and documenting, and asking tough questions of our society.

TR: One of my most favorite quotes by Nina Simone is: “How can you be an artist and not reflect the times?” It’s evident that we are on the verge of a tipping point economically, socially, and politically, in the United States specifically. When there is this much inequality and an unlimited number of ways to document and disseminate experiences of unrest, society will reflect that. I think criticism affirms this reflection and permits a dialogic and democratized way to narrate these related histories.

AP: What are your visions for ARTS.BLACK in the near future? I saw that you’re looking for an intern. Are you hoping to expand?

JL: [laughs] We really do need a site re-design so that’s priority number one for me at the moment.

TR: Yes, as two amateur coders we are very proud of our website at the moment, but we are ready for a facelift [laughs].

An Paenhuysen works as a freelance curator, art critic and educator living in Berlin. She is a fervent art blogger and teaches art criticism online at Node Center for Curatorial Studies.