In honor of #BlackHistoryMonth another article from the C& Archive! Cultural anthropologist Misa Dayson has been examining the implications of visual images connected to the Civil Rights Movement and searching for a contemporary approach towards the icons of this very specific time in history

When talking and thinking about the Civil Rights Movement, most people in the U.S. and around the world inevitably call up images. Despite the countless news and magazine articles, history books, anthologies, autobiographies, biographies, essays, personal journals, and letters by and about iconic people and leaders of that time, it is photographs and films that capture the world’s attention. Both are the mediums through which those of us who did not live during this historical moment learned about it. The images that immediately appear before me when reflecting on the movement are the ones I first encountered as a child and teenager. They have haunted me due to the violence captured within them.

The first image: A black-and-white photograph of Emmett Till’s disfigured, puffy face lying in his coffin. This photograph disturbed my elementary school mind as I absorbed my first lesson about the psychotically violent nature of white supremacy.

The second image: A black-and-white newsreel film of Elizabeth Eckford, one of the Black female students who integrated Little Rock High School in Arkansas. She slowly and quietly walks toward the school surrounded by a mob of hundreds of rabid, yelling at white people blocking her path. Some of them spit at her. At one point, when it is clear the mob will not allow her to reach the school, she quietly sits on a bench. The mob draws in closer, surrounding her, yelling at her. Somewhere out of the group, a white woman steps forward and joins Eckford on the bench, eventually walking her to safety. This film taught my teenage self about the willingness of everyday people to enact upon others various levels of violence and terror in order to uphold the racial status quo.  It also taught me the importance of knowing when to break from a mob mentality and act and speak in ways that are civil and just.

A third image: Films and documentaries about the Civil Rights Movement – protestors, often young Black youth, pinned against buildings by water rushing out of high pressure fire hoses, or being attacked by German Shepard dogs. They showed me what commitment and standing up for the principles you believed in looked like.

Currently, another image circulates in my head, since the U.S. Supreme Court made a decision on 25 June 2013 that effectively gutted the 1965 Voting Rights Act.  It is of the black and white triptych photograph of James Chaney, Andrew Goodman, and Michael Schwerner, who travelled to Mississippi as part of Freedom Summer of 1964. Their bodies were found shot, tortured, and burned in retaliation for their organizing efforts. I think about the families of these three men, and of the countless unknown women and men killed during this time, working to change the political, social, and economic conditions of Black people in the United States. I wonder what they are thinking as they watch the legal victories of the Civil Rights Movement systematically dismantled in this country through restrictive voter ID laws, electronic voting machines, and inaccessible and restrictive voting day procedures. Do their brother’s /uncle’s /husband’s /wife’s /sister’s /mother’s /father’s /cousin’s deaths seem in vain? 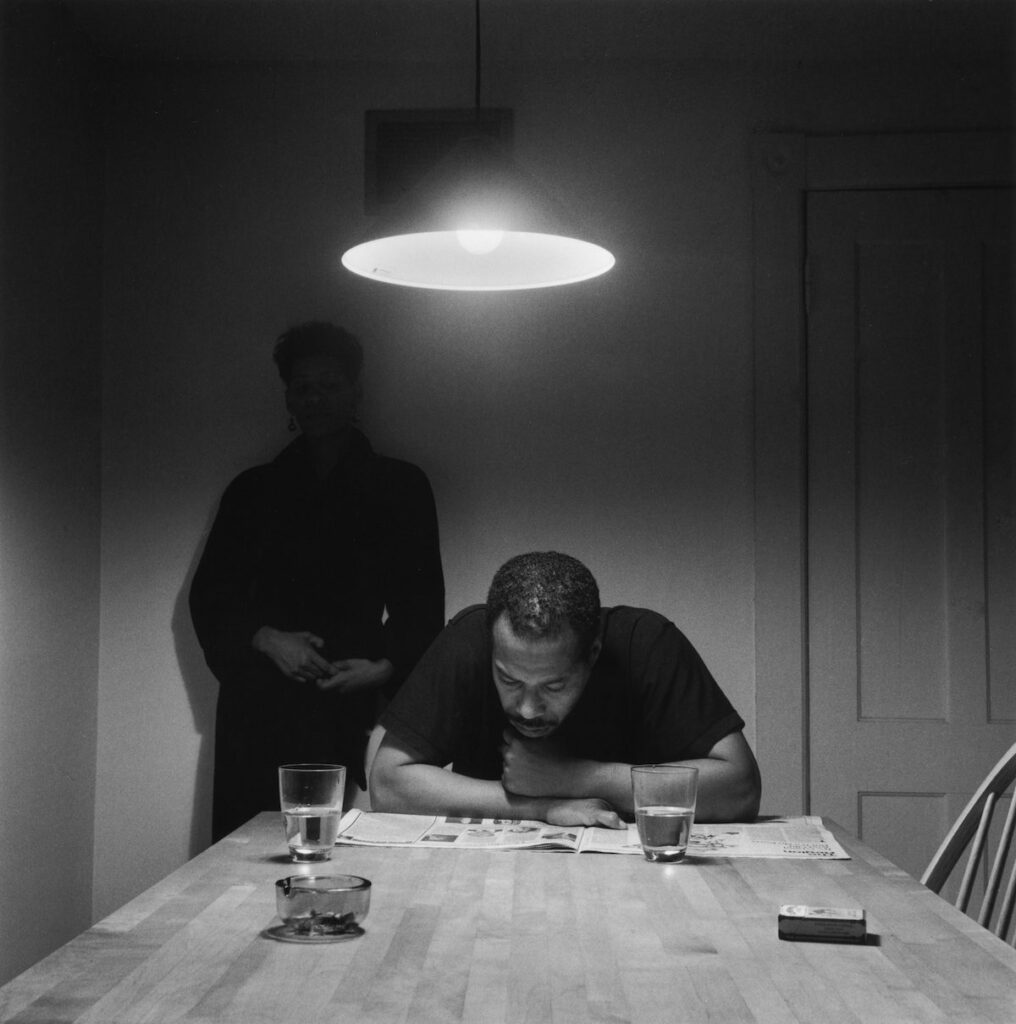 The Merriam-Webster definition of the word “legacy” is: “something transmitted by or received from an ancestor or predecessor or from the past.” To talk about a legacy is to talk about something that is completed or accomplished and then handed up through generations to the present moment. The Civil Rights Movement is not complete because the economic and social justice goals of the movement have not been reached. Fifty years later it seems that many of us have forgotten this crucial fact of history.

If it were not for photographers like Gordon Parks, Benedict J. Fernandez, and Leonard Freed, many of the experiences and views of Black Americans would not have been seen or discussed at all. However, it is alarming to observe that over the years, we have celebrated the famous activists, politicians, and writers of the movement to a point where the general public has forgotten to make the distinction between the events of change and the ongoing social movement for change. Instead, we have branded and commodified the Civil Rights Movement. For example, the corporate global communication firm Alcatel used Martin Luther King Jr.’s “I Have a Dream” speech in a television advertisement where a digital recreation of the famous March on Washington depicts Dr. King speaking to a silent and empty National Mall. The collective packaging of the movement as monumental, effective, and finished has neutralized the way we think of the past and its relevance to current times.

But it is an ongoing struggle as last year’s  images painfully reminded us: Eric Garner being dragged to the ground and killed by New York police officers. Michael Brown’s body lying in the street after being shot by a Ferguson police officer, Darren Wilson. Janay Rice being punched unconscious by her husband, Ray Rice. Each time I signed on to Facebook or Twitter last year, a new image of mediated violence sprung up on the page. However, these images did not allow for an immediate comprehension or discussion about the social contexts these images were held in. They were harrowing reminders that the election of a Black man for president of the United States does not vanquish the oppressive, interlocking, and mutually beneficial matrices of social power that the writer bell hooks aptly names “imperialist-white supremacist-capitalist-hetero-patriarchy,” nor their attendant violence in this country and around the world. Are we as a public fetishizing the images of violence enacted upon black men’s bodies in a way that narrows our political understanding of these situations and our efforts to affect change? What are the implications of social and political organizing that happens in reaction against an event rather than for a clearly articulated purpose?

The challenge for us fifty years after the signing of the Voting Rights Act is to honor those who were on the front lines of the movement in a myriad of ways, including visually documenting it, without becoming transfixed by the images and what they symbolize. Ava DuVernay’s most recent film Selma not only perfectly illustrates this fact, but also highlights where the true power of art and visual images lies. While reliant on historical imagery, it shows how people’s personal investment in each other, across racial, class, state and international lines, motivated collective action. If we truly want to honor and celebrate the legacy of the Civil Rights Movement, we can do more than simply revisit its visual legacy. We must keep the fight for social justice alive and do our part, now, to achieve an as-yet unrealized dream.

Misa Dayson was born and raised in Harlem. She is an author, filmmaker and is currently PhD candidate at the University of California, Los Angeles.