Christine Eyene is an art historian, critic and curator.  She is Guild Research Fellow  –  Contemporary Art, University of Central Lancashire.   Eyene studied History of Contemporary Art at Université Paris 1, Panthéon-Sorbonne and earned a D.E.A (Diplôme d’Études Approfondies), supervised by Philippe Dagen, in 1999. She has been researching modern and contemporary South African art since the late 1990s, specialising in the story of artists in exile during Apartheid and their cultural interactions with the Black Diaspora in France and England. Her essays on this topic have examined the art of pioneering modernists Ernest Mancoba and Gerard Sekoto, as well as Dumile  Feni,  Gavin Jantjes and George Hallett. Her other areas of research include Britain’s Black Art (1980s), representations of the body, gender narratives, performance art and urban culture. She has been visual arts co-editor of French journal  Africultures  since 2002 and has contributed to the field of contemporary African art through her writings in journals, exhibition catalogues and books. In 2010 she embarked in an international career as an independent curator. She was co-curator of Dak’Art 2012 – Biennale of Contemporary African Art and curator of the African selection of Photoquai 2011 – Biennial of World Images. Her other curatorial projects and collaborations include ‘Roma-Sinti-Kale-Manush” (May-July 2012) Rivington Place, London; ‘Reflections on the Self – Five African Women Photographers”, London and touring the UK (2011-2013); and ‘[Kaddu Jigeen] – Women Speak Out” (2011), Galerie Le Manège, Dakar. She has recently been appointed Guild Research Fellow  –  Contemporary Art, at the University of Central Lancashire (UCLan), joining the team of Making Histories Visible, an interdisciplinary visual  art research project based at UCLan’s Centre for Contemporary Art led by Lubaina Himid MBE, Professor of Contemporary Art. Over the coming years, she will be working alongside Professor Himid and Research Fellow Susan Walsh, conducting and publishing internationally leading research on the art of the Black Diaspora. Her role will also consist in devising and leading innovative curatorial projects which investigate how museums and collections can work collaboratively with contemporary artists to address diverse audiences for visual art in Britain. Eyene is a member of Art Moves Africa Grants Selection Committee (2012-2013) and Institut Français Visual Arts Commission. She was also member of jury of Dak’Art 2012, as well as the Fondation Blachère Prize awarded at the Dak’Art Biennale in 2008 and 2010, and the Bamako Encounters in 2007 and 2009. 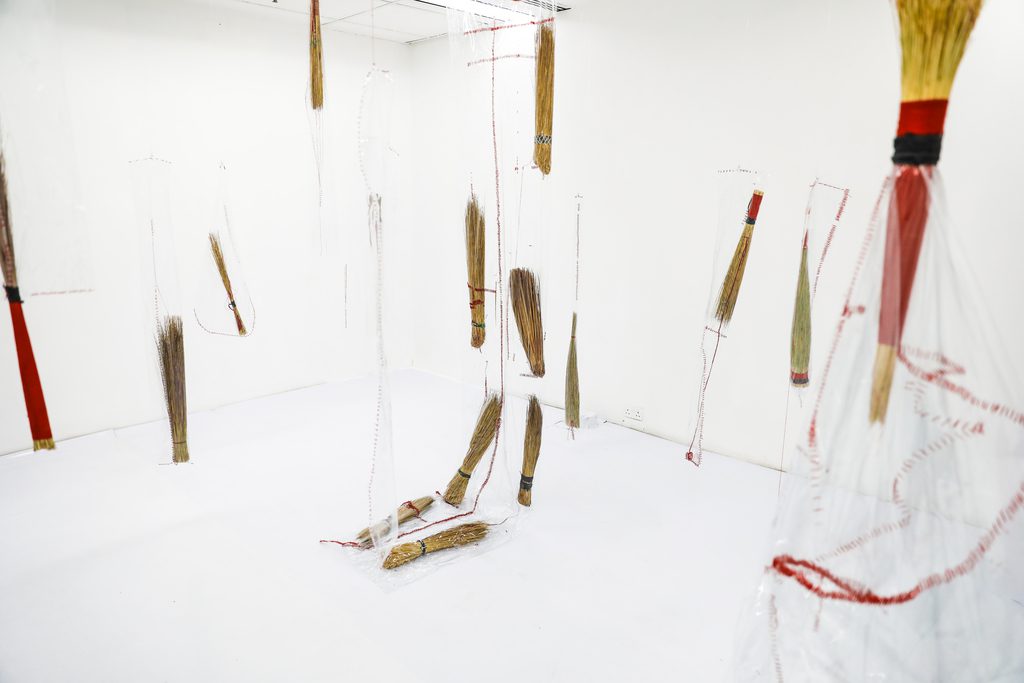