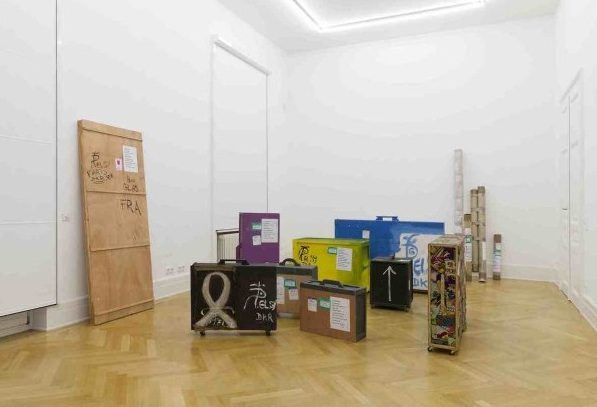 As an artist and founder of cultural initiatives he also facilitates numerous international workshops. He studied at the École Nationale des Beaux-Arts in Dakar. His critical position regarding the Senegalese government – in the past and today – is also expressed in his work as an artist and particularly as an activist. Together with Djibril Diop Mambety and Youssoupha Dione he founded the Laboratoire AGIT’ART in 1974, an iconoclastic collective that formed as an antithesis to Senghor’s cultural policy and strove for heterogeneity in the established art world. Hence, in 1977 the Village des Arts was established on an island off the coast of Dakar, where 70 artists, actors, musicians, filmmakers and writers live and work. Furthermore, El SY was responsible for the founding of the artist group HUIT FACETTES which presented their work in 2002 at documenta 11 in Kassel.

His artistic practice includes painting, performance art, stage design and curating. Since March 2015, the Weltkulturen Museum in Frankfurt am Main is exhibiting a retrospective on his work as a painter and cultural activist: “EL HADJI SY: Painting, Performance, Politics.”

In conversation with El Hadji Sy

"From a restorer’s perspective, when art starts to rot, it loses value. For me this aspect of transformation is essential."

Dancing in and out of Painting