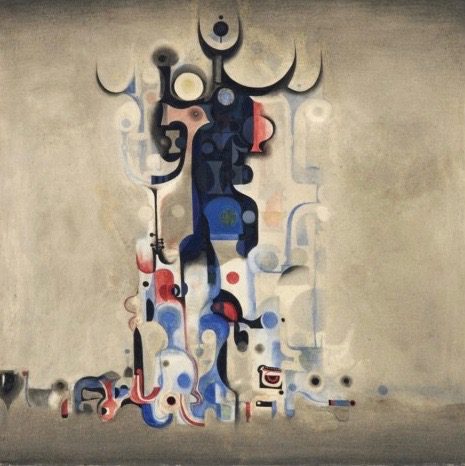 Ibrahim El-Salahi was born in Omdurman, Sudan in 1930 and now lives and works in Oxford.

One of the most significant figures in African and Arab Modernism, Ibrahim El-Salahi’s ground-breaking work established a new visual vocabulary in Sudan, which arose from his own pioneering integration of Islamic, African, Arab and Western artistic traditions. His work has been shown at such venues as PS1, New York; Mathaf: Arab Museum of Modern Art, Doha; and Haus der Kunst, Munich. He is represented in numerous private and public collections including the MoMA, New York; New National Gallery, Berlin; and Tate, London. He received the Rockefeller Foundation Fellowship; the Order of Knowledge, Arts and Letters, Sudan; and the Honorary Award, Prince Claus Fund for Culture and  Development.