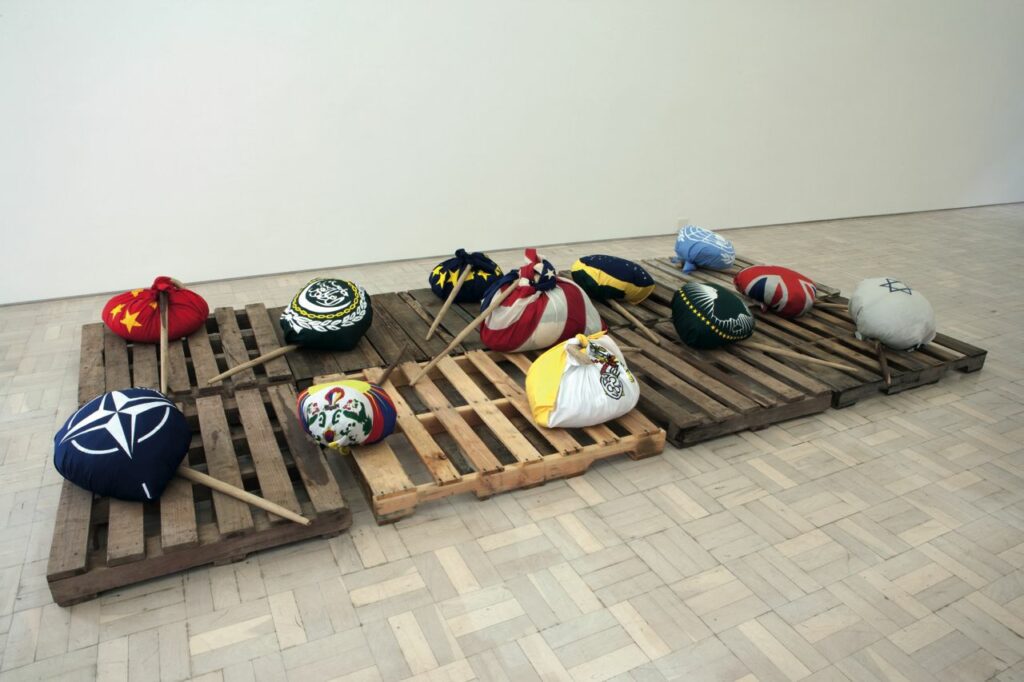 Meschac Gaba was born in 1961 in Cotonou, Benin. He studied at the Rijksakademie van beeldende kunsten in Amsterdam in 1996-7, and currently lives in Rotterdam. It was at the Rijksmuseum, Leiden, in 1997 that Gaba inaugurated his major work, the Museum of Contemporary African Art, a project in which the artist installed 12 ‘rooms’ of a nomadic museum in various institutions over a period of five years, culminating with his presentation of a ‘Humanist Space’ at documenta 11. Other ‘rooms’ include the Museum Restaurant (shown at W139, Amsterdam, in 1999), the Games Room (shown in Besançon in 1999 and in Brussels and Gent in 2000), the Library of the Museum (shown at Witte de With, Rotterdam and published in book form in 2001), and the Salon (shown at Palais de Tokyo, Paris, 2002). Gaba’s survey exhibition Museum for Contemporary African Art & More showed at the Museum de Paviljoens in Almere, the Kunsthalle Fridericianum in Kassel, and the Centro Atlántico de Arte Moderno in Las Palmas in 2009/10. His Tresses series has showed at Iniva (Institute of International Visual Arts) in London (2006) and the Studio Museum in Harlem, New York (2005). Other solo shows include Glue Me Peace at the Nobel Peace Center, Oslo (2006), and Tate Modern, London (2005). 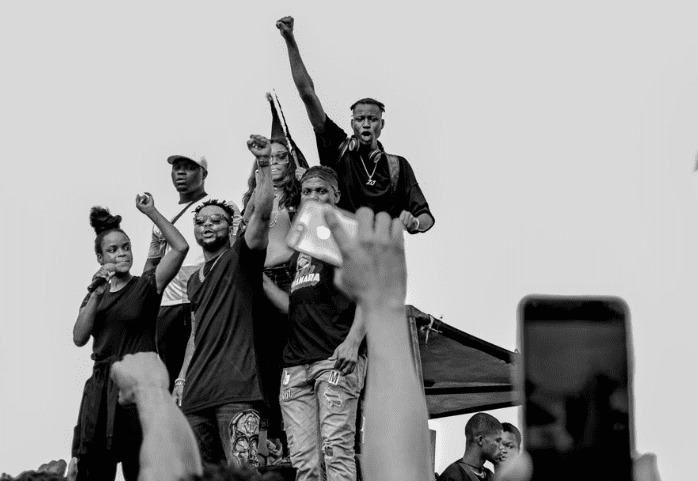