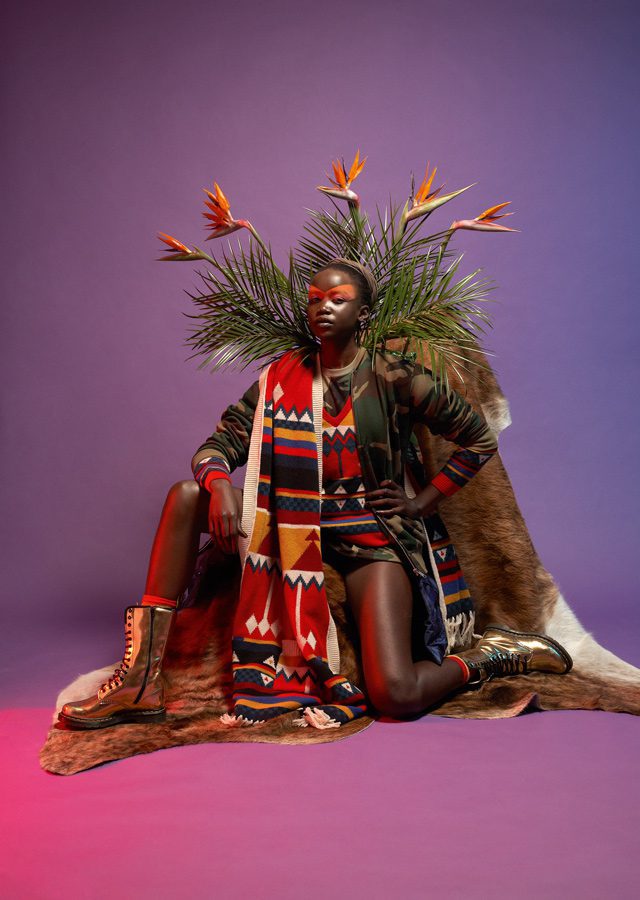 Namsa Leuba was born in 1982 to a Guinean mother and a Swiss father. During the past four years her research has focused on African identity through Western eyes. She graduated with a Master’s degree in Art at the University of Art and Design in Lausanne. Her work has been published in numerous magazines, including I-D, Numéro, KALEIDOSCOPE, Foam, Interview, Vice Magazine, New York Magazine, Libération, British Journal of Photography, and European Photography. Namsa Leuba has also received notable international acclaim. In 2010, the jury of the photography festival Planche(s) Contact of Deauville in Switzerland, chaired by Bettina Rheims, awarded her the first prize. This gave her the opportunity to do an exhibition in Deauville. In 2011, I’ECAL (University of Art and Design Lausanne) awarded her a degree with excellent distinction for her project carried out in Conakry, Guinea. This production, called Ya Kala Ben also received the BCV award. Most significantly, during the 2012 Fashion and Photography Festival in Hyères, she was awarded the PhotoGlobal Prize, which enabled her to spend one year in NY. In 2013, Namsa Leuba was one of winners of the Magenta Foundation Flash Forward festival – Emerging Photographers in United States.

The Kingdom Of Mountains
Zulu Kids