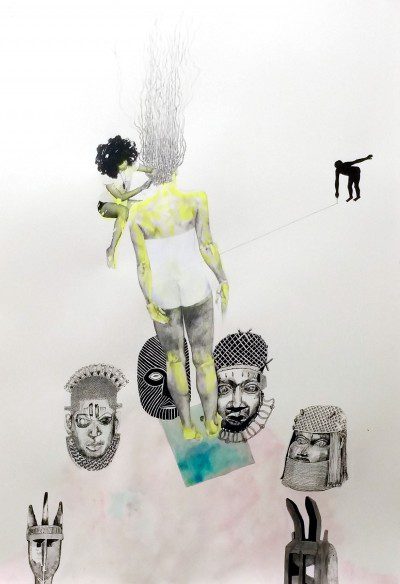 Ruby Onyinyechi Amanze was born in Nigeria and currently lives and works in New York. Amanze received her B.F.A., summa cum laude, from Tyler School of Art, Temple University in 2004, and her M.F.A. from Cranbrook Academy of Art, Bloomfield Hills, Michigan in 2006. In 2012-2013 Amanze was the recipient of a Fulbright Scholars Award in Drawing to the University of Nigeria, Nsukka. Amanze is a visual artist whose practice is primarily centered on drawing and working on paper. She has exhibited her work nationally and internationally including in New York, Johannesburg, Miami, London, and Lagos. She recently concluded the 2014-2015 Workspace Program with Lower Manhattan Cultural Council, was a 2015 summer recipient for the Fountainhead Residency in Miami, and is currently an Artist-in-Residence at the Queens Museum, New York.