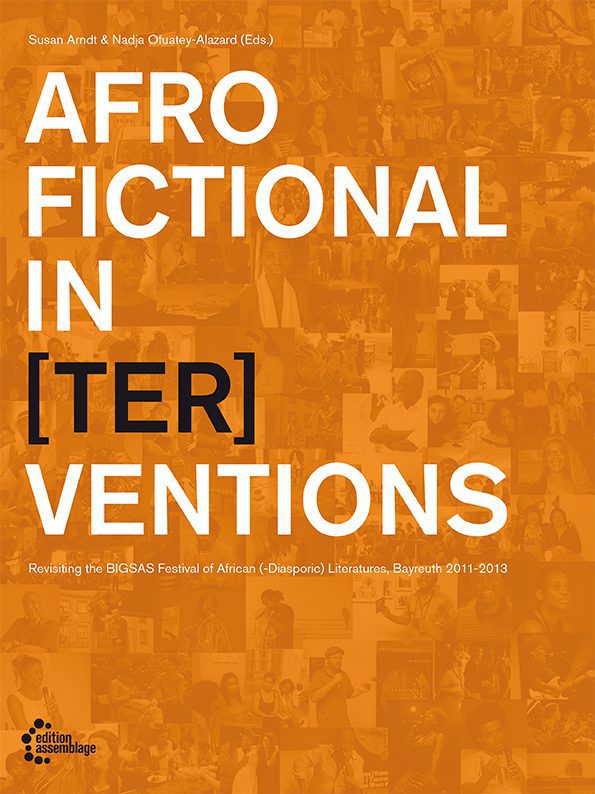 African literatures are not confined to the African continent alone. Writers live on the continent as well as in its various diasporas and beyond; their writings have a global agenda – whether they are set somewhere on the continent or elsewhere on this globe. Thus, boundaries of languages and nations are constantly being transcended by re-inventing literatures along with their poetics and geopolitical sites. Moreover, African literatures perform in a wider frame of fictional imaginations, inventions and inter ventions, where genres meet in mutually enriching encounters. This is AfroFiction – fictional imaginations that both perform within and dwell beyond the written book; AfroFiction is a Black space where fictional word-art also meets photography, painting, installation, music and film.

It was this notion of literature as fiction that constantly invents itself anew which motivated the idea to establish a festival of African and African-diasporic literatures in Bayreuth. The festival’s aim is to reference the very Babel of texts, sounds and imageries suggested by African fiction and to reflect on their movements in and beyond Africa. Thus, readings comprise (spoken word) performances as much as prose (short stories and novels). These readings are framed and set into productive dialogues with scholarly contributions such as lectures and panel discussions as well as with art exhibitions, open air concerts and films. This book documents the history of this young and dynamic festival and its way of revisiting a long century of AfroFictional interventions.

This book comprises some of the most vibrant voices of writers, musicians and artists from the African continent and its diasporas.