The Café Congo library, complete with its oak shelving, has been installed in the Studio City Gate industrial complex, a former pharmaceutical plant located in the heart of Brussels. Created by Belgian Congolese cultural journalist and activist Gia Abrassart, Café Congo is much more than just a café. It is an independent cultural salon with a shebeen vibe and an artistic third place—the only one of its kind in Belgium—dedicated to political struggles and decolonial resistance. This literary café with a feminist angle sets out to be a space in constant motion offering a window on the Afro scene, while resonating with the world as a whole. The library contains nearly 400 books and includes journals, art books, and engaged literatures. Next to it, there is a residency space for artists, the independent art gallery Wetsi Art Galery, and a small media library.

“Books anchor a place, honoring the memory of those who tell stories, weave fantasies, and open the imagination. They inspire and encourage people to move around and travel, to listen with their eyes. The presence of the books at Café Congo helps create intermezzos, moments of suspended time, allowing us to reconnect with the profundity of language and words. Without a specific classification system, the library seeks to be free, consistent with the image of the place, where a happy conjunction of stars smiles on the reader.” (Gia Abrassart)

This library, which houses the rebellious soul of Brusselians of African descent, opens at somewhat unusual hours of the day and night, as its heart beats to the rhythm of the events that take place there: poetry soirées, recreational gatherings, concerts, and film screenings. Books can be consulted on the premises over a glass of homemade ginger cordial, and some of the publications are on sale. 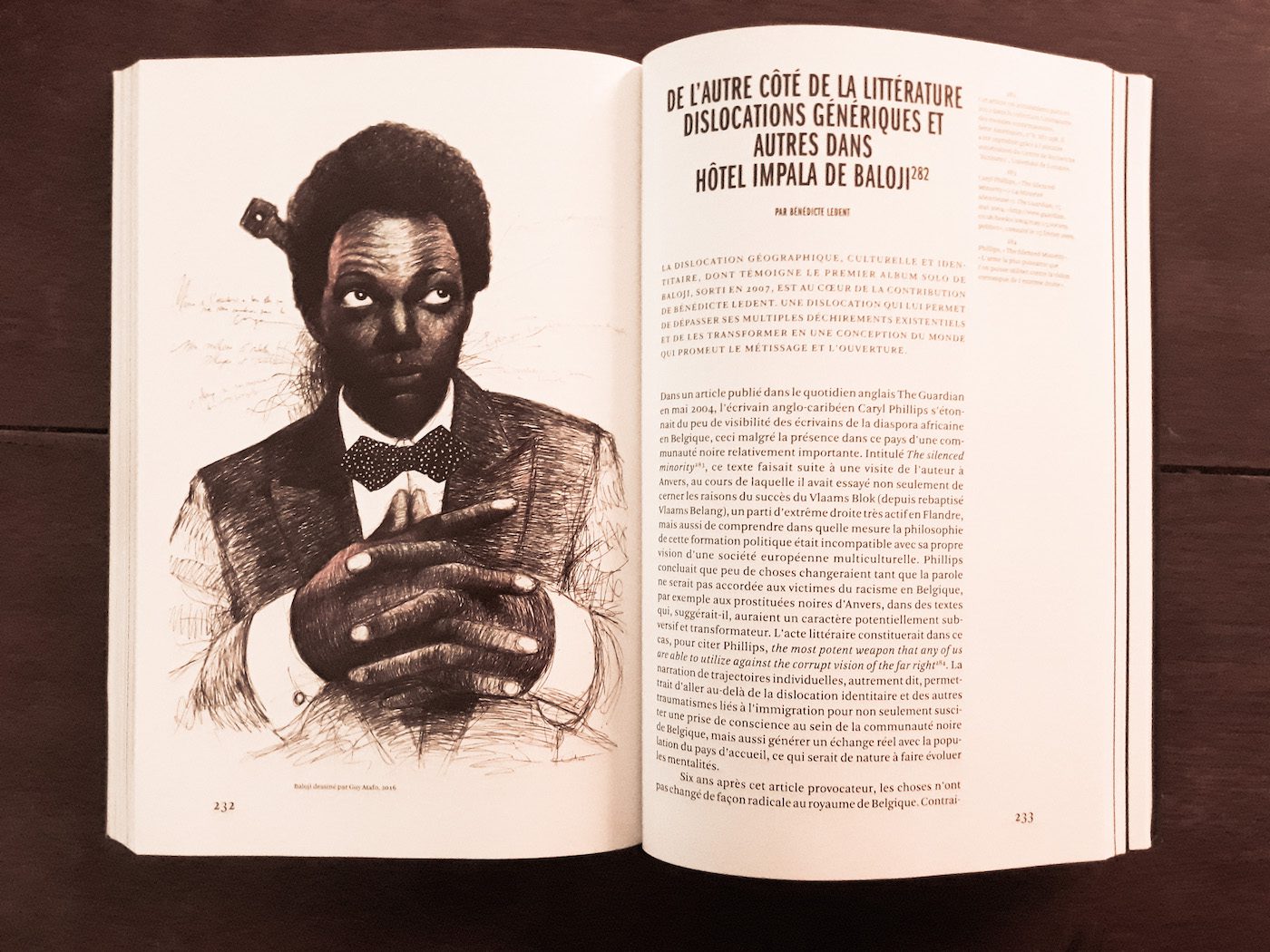 Creativity in the Post Colony: Belgo-Congolese Voices and Dissident Views.

Co-edited by Gia Abrassart, who founded the library, this unique collective work consists of interviews, poems, and essays by fifty or so academic authors, artists, and activists who, over the last ten years, have left their mark on the contemporary Belgo-Congolese  culture and art. The book presents a digest of reflections on how Afro-descendants have been included in the production of artistic and cultural narratives, while highlighting the way in which the Belgian colonial heritage has implicitly crept into artistic works. 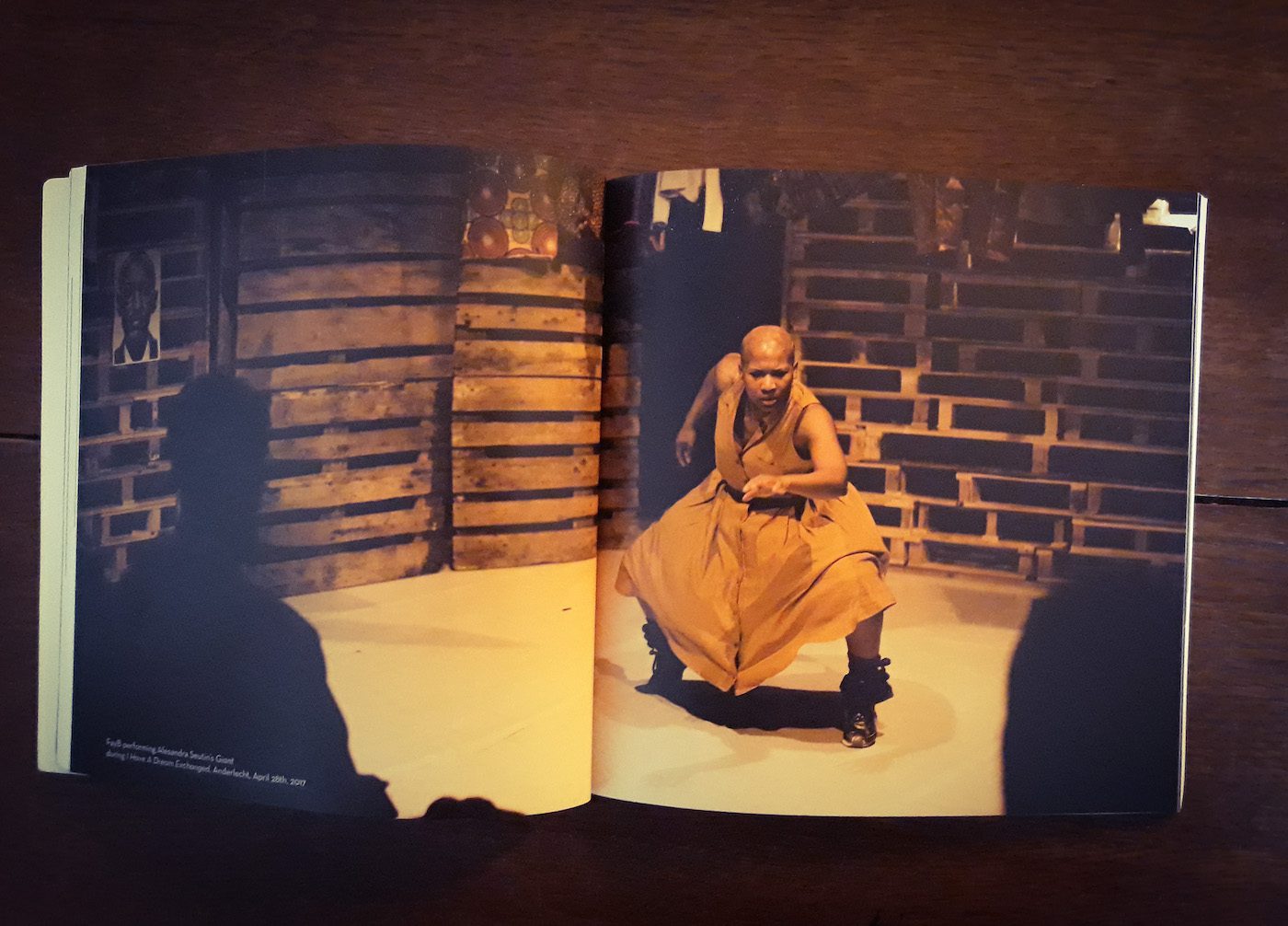 This book contains some hundred pages presenting a selection of three projects that came out of the 2016–17 artistic season “I Have a Dream” at the Brussels creative center Zinnema, whose artistic direction has been entrusted for the period of one year to the Artist Think Tank, an Afro-descendant artists’ collective. In it, freelance Afro-American writer and researcher Dorrie Wilson presents the work undertaken by the various artists involved in the project to decolonize their artistic practice, in the face of an identity fashioned by a Eurocentric society. 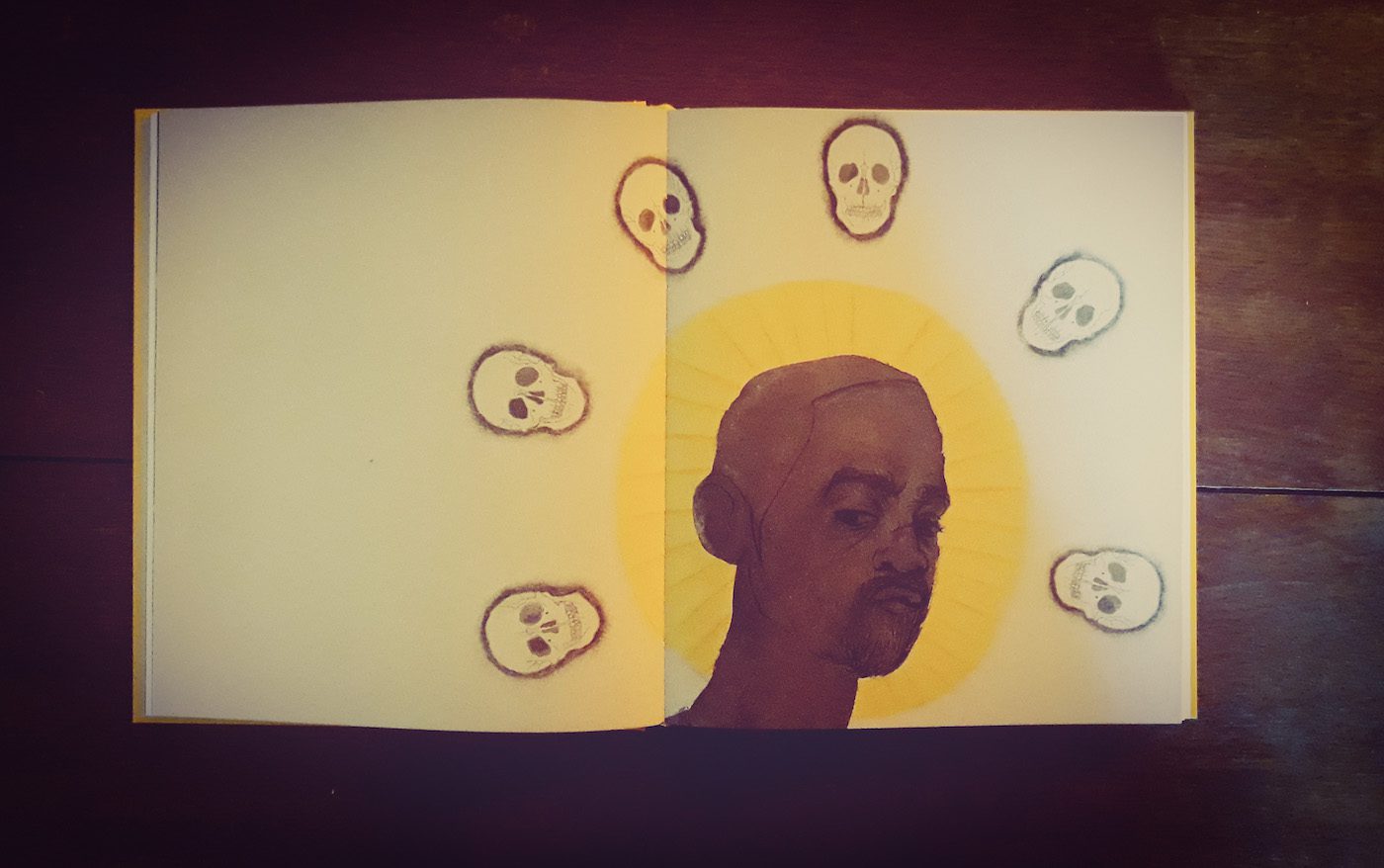 This exhibition catalogue, containing more than two hundred pages, was produced by an authors’ collective for the exhibition mounted at the Grand Palais in 2014–15. The 190 illustrations in the catalogue map a path through the visual arts and creativity in Haiti since the nineteenth century. By presenting a range of different modes including poetry, magic, religion, and political engagement, the book aims to transcend the standard exotic vision that tends to restrict our view of Haitian art. 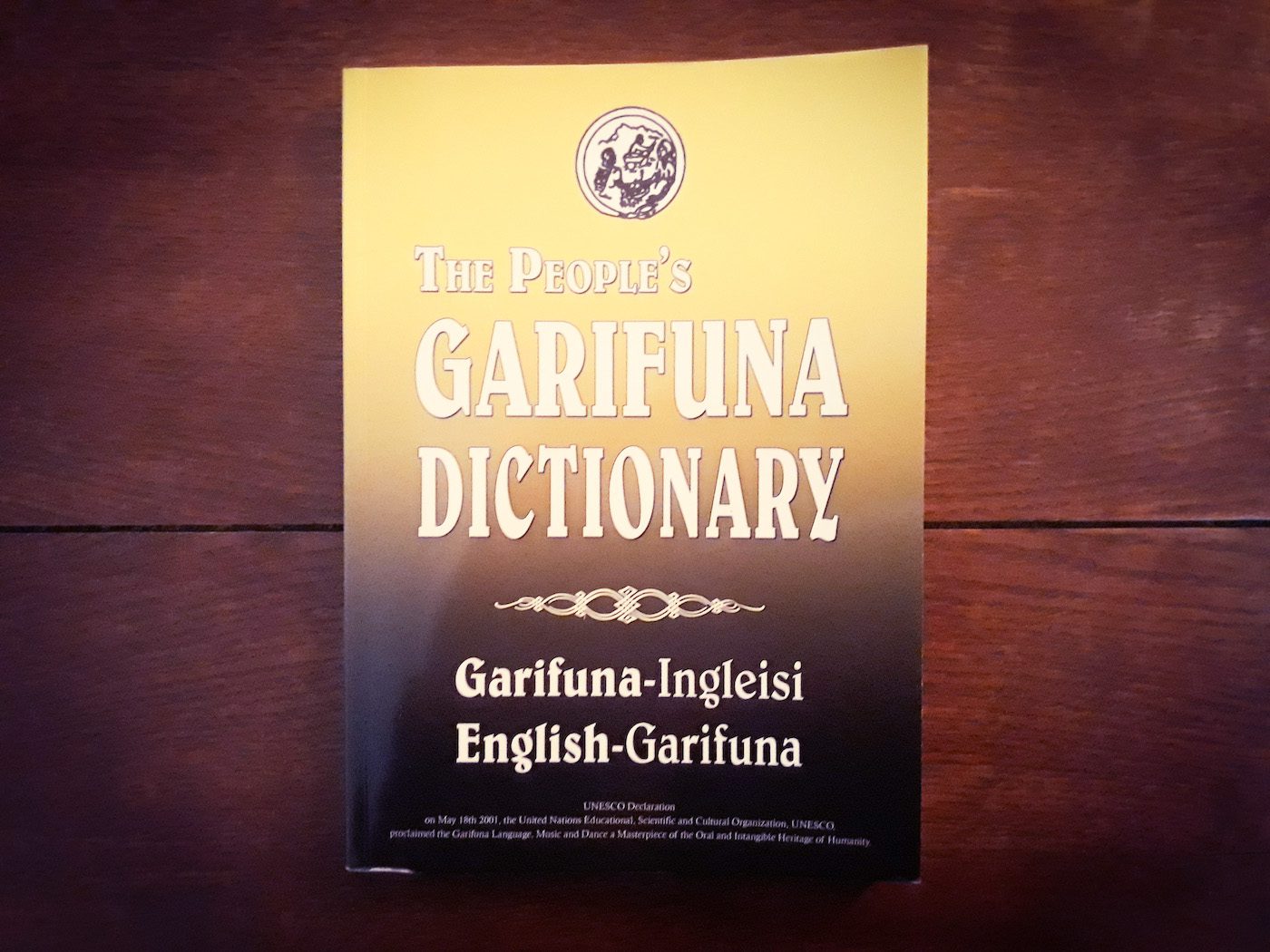 The People’s Garifuna Dictionary, the latest work acquired by the Café Congo library, unearthed by its founder on one of her many trips abroad, is a comprehensive survey of this endangered minority language spoken by the descendants of Caribbean slaves. Settled since the eighteenth century on the Caribbean seaboard of four countries in Central America or living in the United States, there are fewer than 100,000 Garifuna speakers in the world. The third part of this dictionary offers a unique introduction to the language and culture using anecdotes and proverbs. 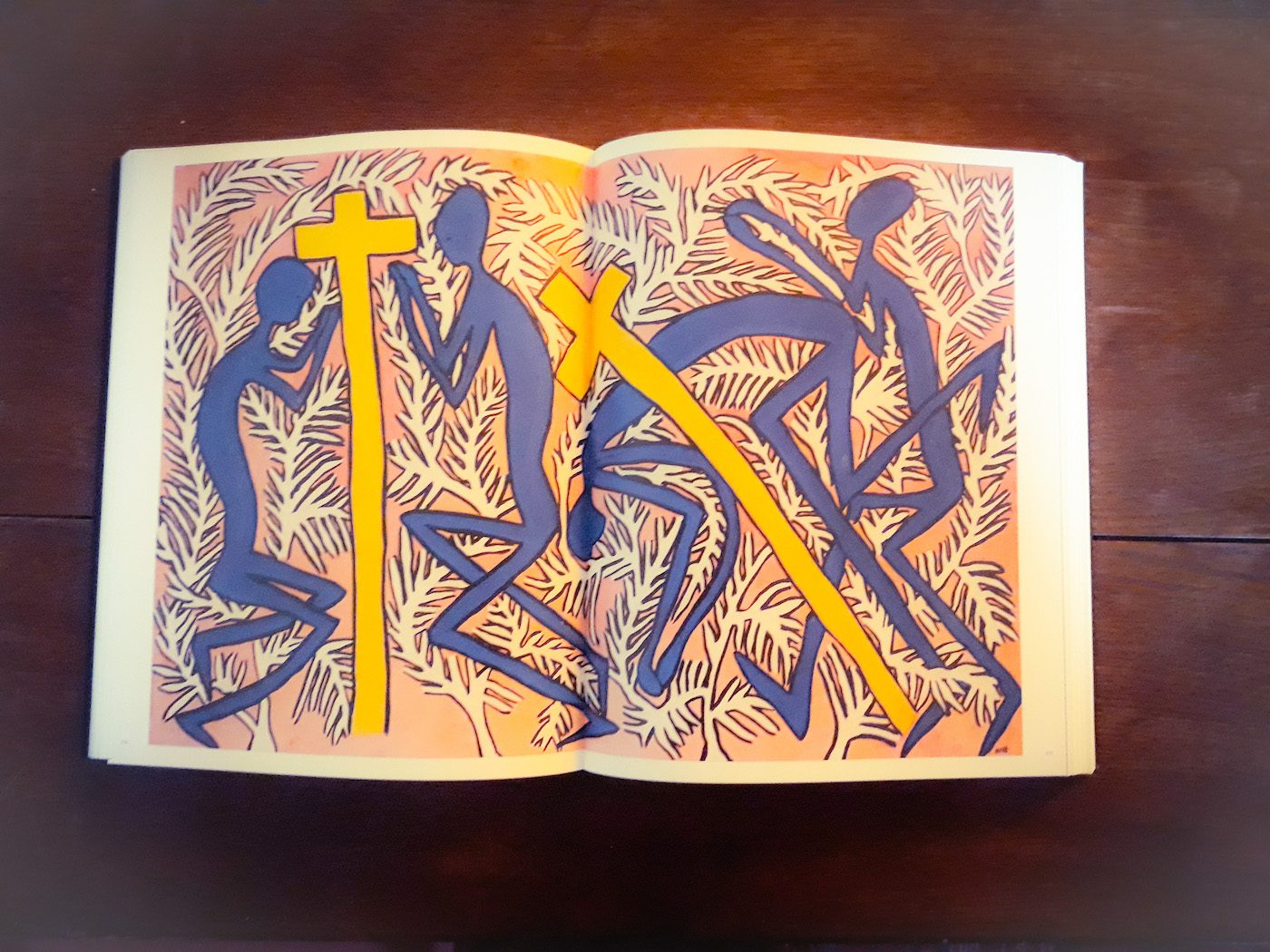 This new monograph on the paintings of Mode Muntu, published by Prisme, brings together more than four hundred works by the Congolese painter, who has languished without public recognition for many years. It is signed by BelgoCongolese curator Michael de Plaen, who wanted to honor the painter: prior to this he had not featured in any book of art history, but his painting had managed to carve out a tentative niche on the fringes of the art market by using the silhouette as a means of universal expression.

To find out more about Café Congo: https://cafecongo.tumblr.com/

Serine Mekoun is a Belgian literary journalist of Beninese-Togolese descent based in Brussels. Born at the cusp of Generations Y and Z, she is interested in spaces of reconnection in the constant back and forth between popular and high culture, between Europe and Africa, and in all the spaces where different futures can germinate.