The Yemisi Shyllon Museum of Art, 2019. Courtesy the YSMA.

The opening of the Yemisi Shyllon Museum of Art (YSMA) at the Pan-Atlantic University (PAU) was among the major events that headlined the 2019 Lagos art season last fall. Located in the satellite city of Lekki, the institution is among many private and public establishments in that emerging cultural and business cluster – often described as the new Lagos. The museum building, a beautiful cantilevered cube-shaped structure, has an orange colored exterior, while its interior, painted in subdued shades of grey, red and blue, is a free-flowing and dynamic space that allows visitors different views at every point. 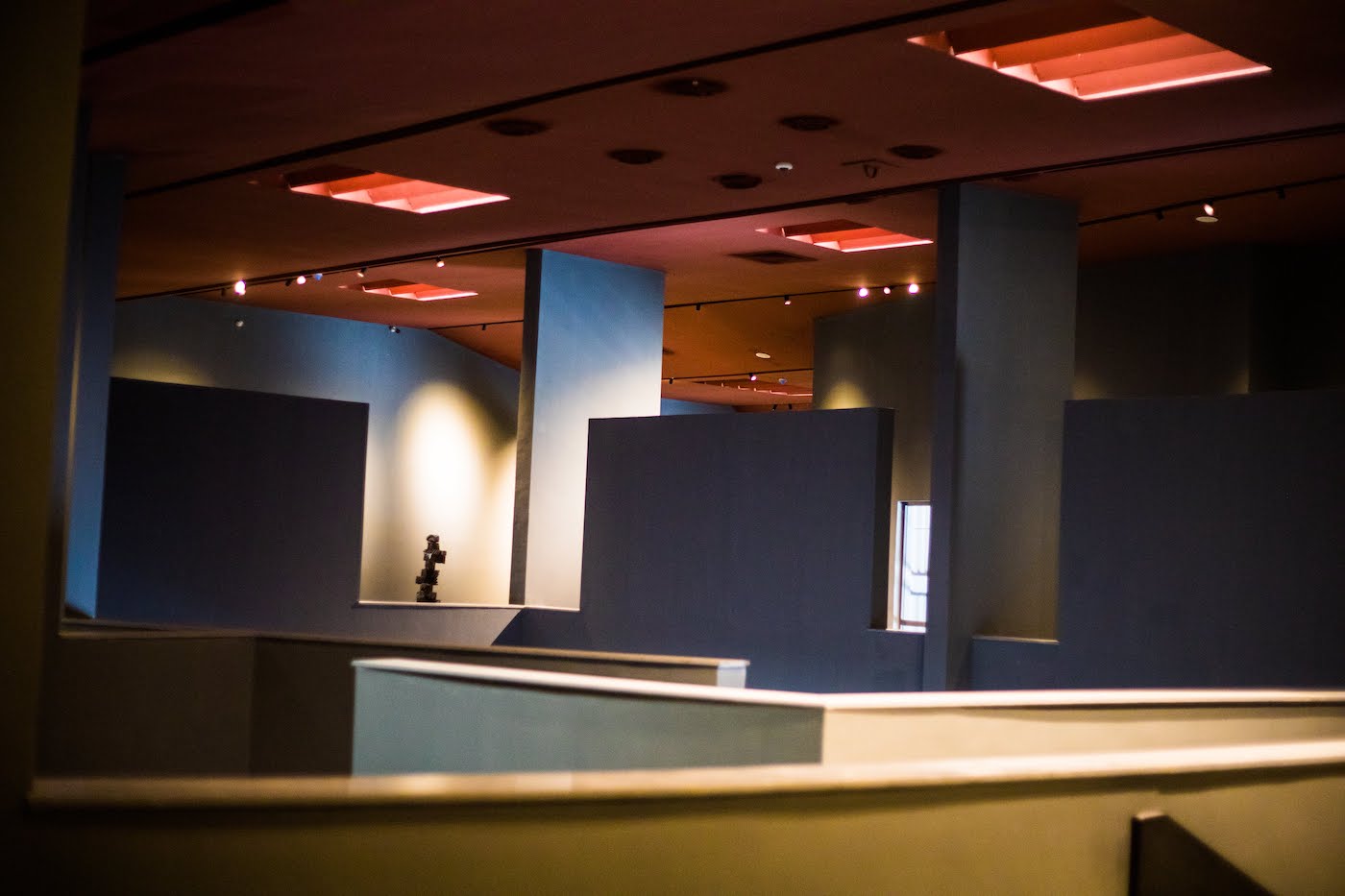 A view of the interior of the Yemisi Shyllon Museum of Art. Courtesy the YSMA.

YSMA is the peak of a collector’s aspiration to preserve his art collection and an institution’s longstanding interest in art as a pedagogical tool. PAU started its own collection and a virtual museum in 2011. It grew slowly over the years until Prince Shyllon found them and – like some big art collectors who seek the survival of their collections – decided to work with the institution. He donated one thousand works from his vast collection of over seven thousand pieces, which he added to a grant of $1.7 million for the construction of the museum edifice. The Spanish born Jess Castellote, who is the architect and now its founding director, said at the museum’s opening ceremony, that “the museum was not owned by Prince Yemisi Shyllon but by the Pan-Atlantic University. Yet it was Shyllon’s museum because of his generosity. It is in acknowledging this that the building is named after him”.

Prince Yemisi Shyllon is a Nigerian businessman whose interests cut across engineering, law, marketing and administration. Since art collections often reflect the personality of their collector, the eclecticism of his collection might also reflect his multipotency. Consequently, the part bequeathed to YSMA could be explored focusing on different aspects such as period, style, art schools and materiality. Some of the nation’s earliest art forms dating back centuries, such as Nok terracotta found in North Central Nigeria, Igbo-Ukwu from Eastern Nigeria, Ife Art, and Benin Art from Western Nigeria are represented in the museum display. The collection also covers traditional African sculptures with works by Lamidi Fakeye, a prominent Yoruba woodcarver. Prominent modern Nigerian artists such as Aina Onabolu, Akinola Lasekan, Ben Enwonwu or Uche Okeke are just as present as the unfolding contemporary artists like Nigerian Peju Alatise and Victor Ehikhamenor, or the Ghanaian El Anatsui. The volume of the museum collection is significant enough to allow its classification according to the different art schools in Nigeria, such as Zaria, Nsukka, Oshogbo, Yaba and Auchi. 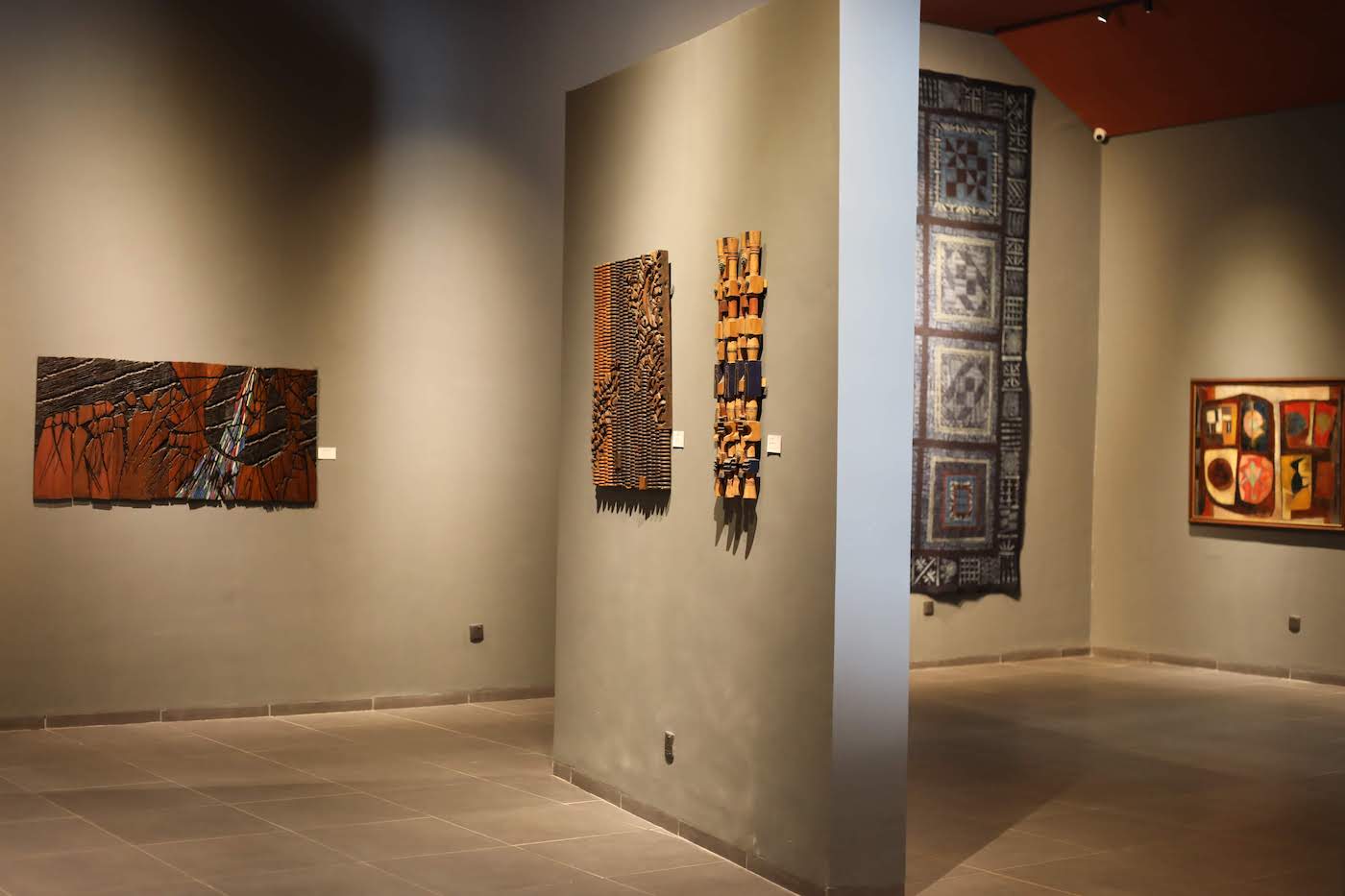 Installation view of the exhibition “Making Matter: Materiality and Technology in Nigerian Art”. Courtesy the YSMA.

For the inauguration of the museum, curator Iheanyi Onwuegbucha created two strands of narrative from the selected artworks. The ground floor represents materiality, a section that examines how Nigerian artists have been using materials like terracotta, bronze, wood, iron or beads over the centuries and how mediums like fabric, found objects, oil colors and detritus were used from the recent past to the present. The narrative on the first floor explores the position of the artist in society. The place of the artist in traditional African societies, where art was at the service of the community through its religious, ceremonial and ritual purposes, has evolved in the recent past. Artists now have a social consciousness, an imperative in addressing and criticizing issues confronting society.

“I chose the best works from my collection to make up my donation to the museum,” says Shyllon. But the museum can only take between 350 to 400 works in a single display. So, they opted for “a periodic rotation in a way that will constantly provide enriching experiences” for visitors, says Castellote. The YSMA will also be serving as a teaching and learning resource center. Castellote notes that, “It is not designed for tourism or casual visits, but as a non-profit facility focusing on young people in secondary schools and colleges as its primary audience, as well as people ready to devote time to learning from our collection.” 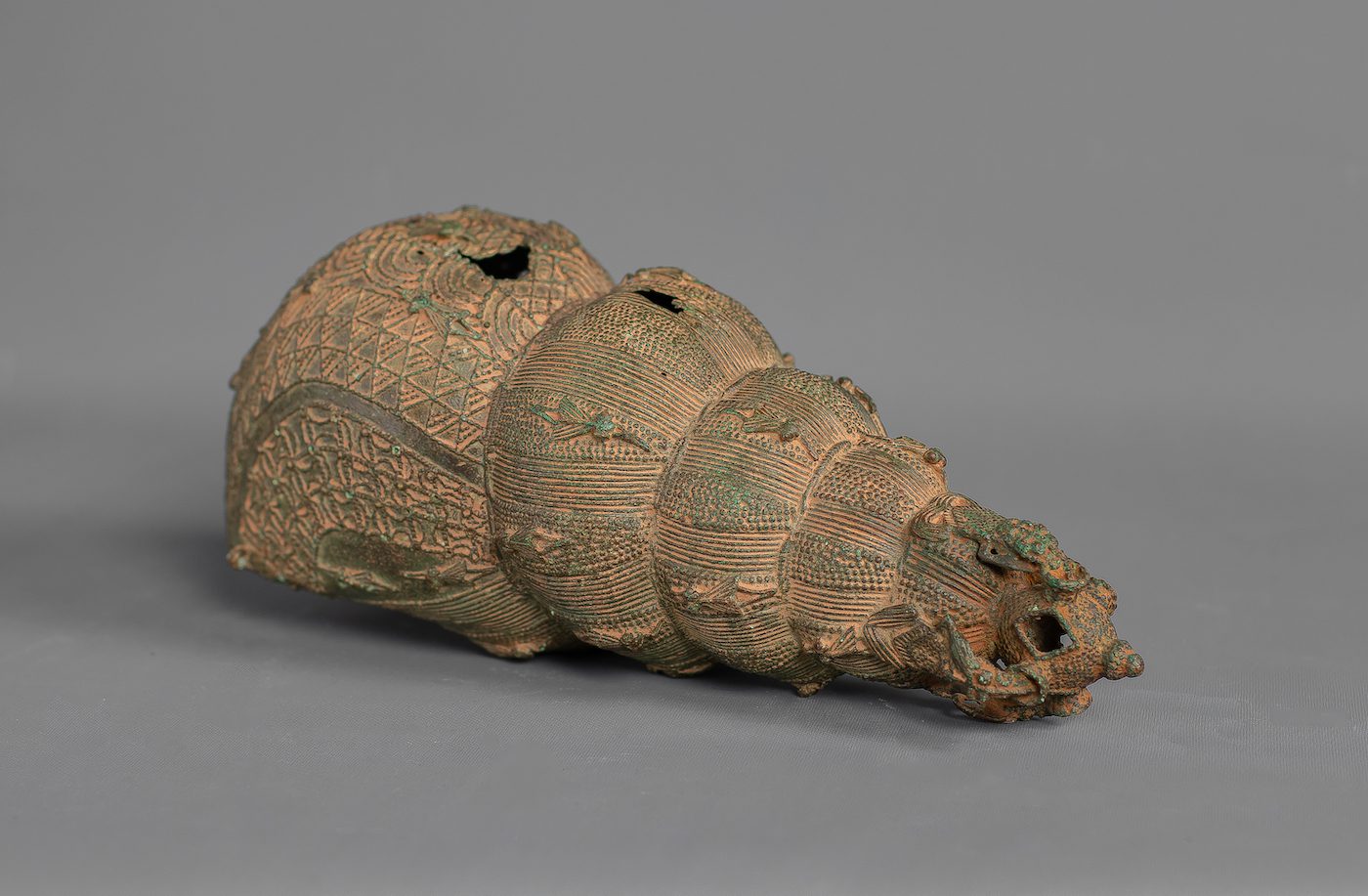 Prince Shyllon says he is fulfilled by the realization of YSMA because many art collections in Nigeria have disappeared in the past after their owners died. “I am assured that my collection will be preserved for the benefit of country and mankind, in an institution where it will provide contexts for education.” Reflecting the current institutional status of the art collection, the control of the Omobola Yemisi Adedoyin Shyllon Art Foundation (OYASAF), under which Shyllon ran his collections, was “lowered” during the museum opening in October 2019. In doing so, the collector made way for the institution, with Jess Castellote showing visitors around.

YSMA is the first successful attempt by a Nigerian to institutionalize his art collection to this extent. And it is important to realize that this was a home-grown initiative. “Some artists and organizations have donated artworks in support of the museum, which hopefully will serve as a model for similar future partnerships in the arts,” says Castellote. Its success will hopefully inspire a reengagement of the concept of museum management in the largely neglected government-owned museums – in a manner that is not only focused on antiquities but also on dynamic practices.