Tei Huagie installation on the outside of Ussher Fort. Photo: Ruth Simbao

The Chale Wote festival opened on the Day of Re-Membering (20 August), when the Nai Priest poured libations at Brazil House in order to invoke the ancestral spirits.

Core events took place on the streets and at various public spaces in James Town from 25 – 26 August. A number of artists including Kiffouly Youchaou, Kresiah Mukwazhi, Va-Bene Elikem Fiatsi (crazinisT artisT), Charlotte Brathwaite, Percy Nii Nortey and the Ubulungiswa/Justice collective created works inside Ussher Fort and James Fort, which were built as slave forts by the Dutch and the British. 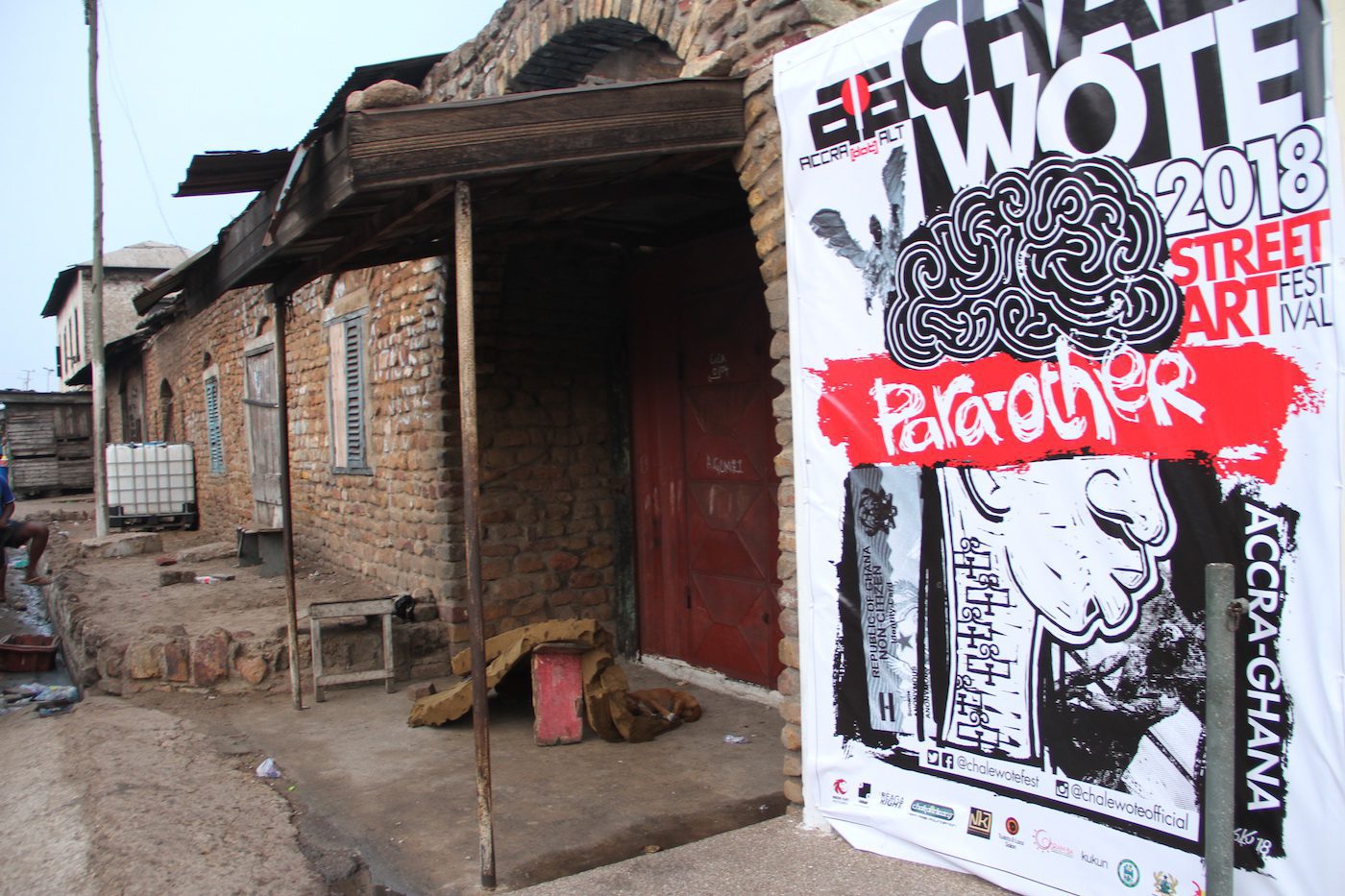 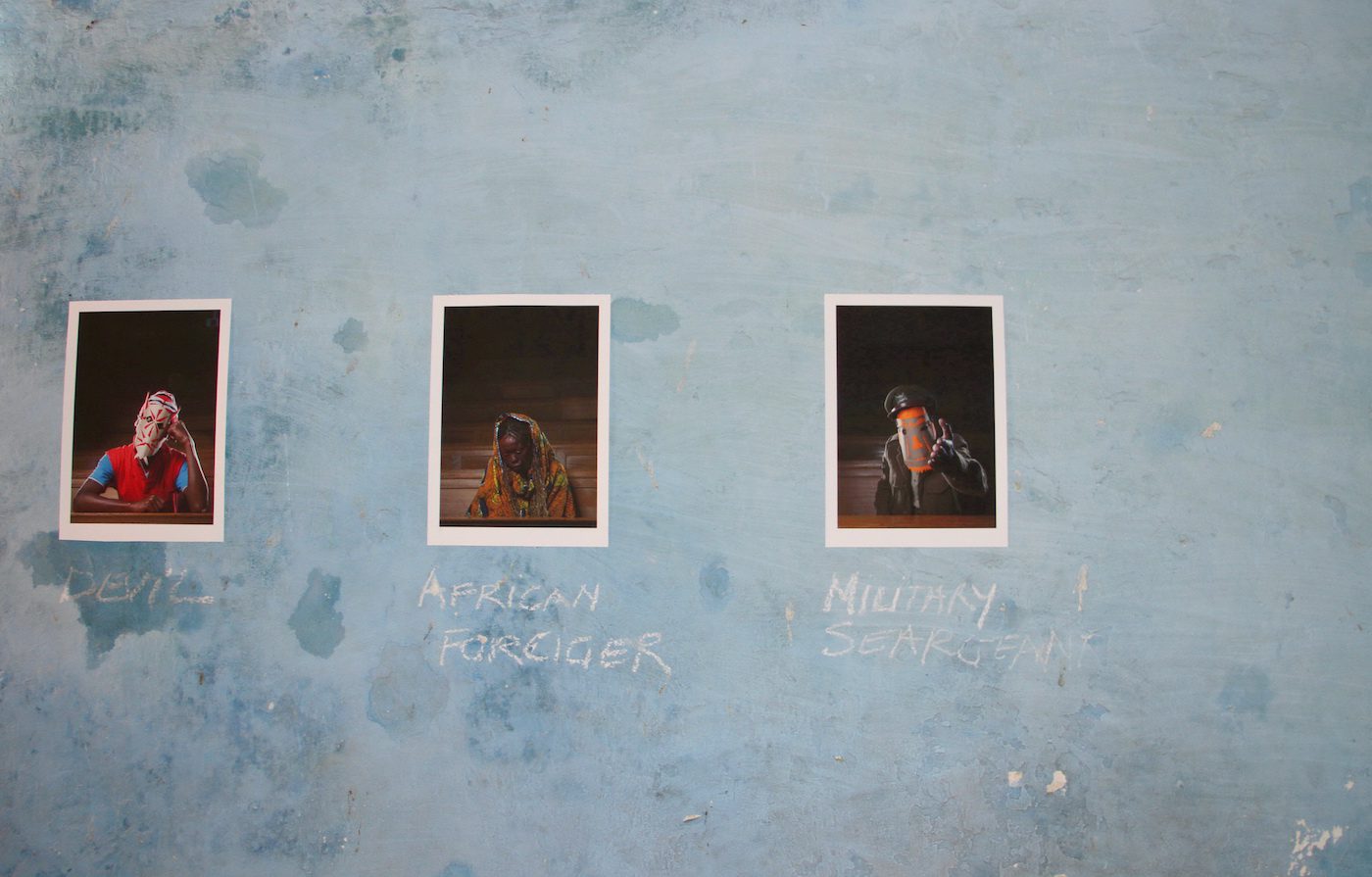 Ubulungiswa/Justice, made up of twenty-two artists, engages with the #RhodesMustFall and #OpenStellenbosch movements in South Africa as well as issues of xenophobia. Photo: Ruth Simbao 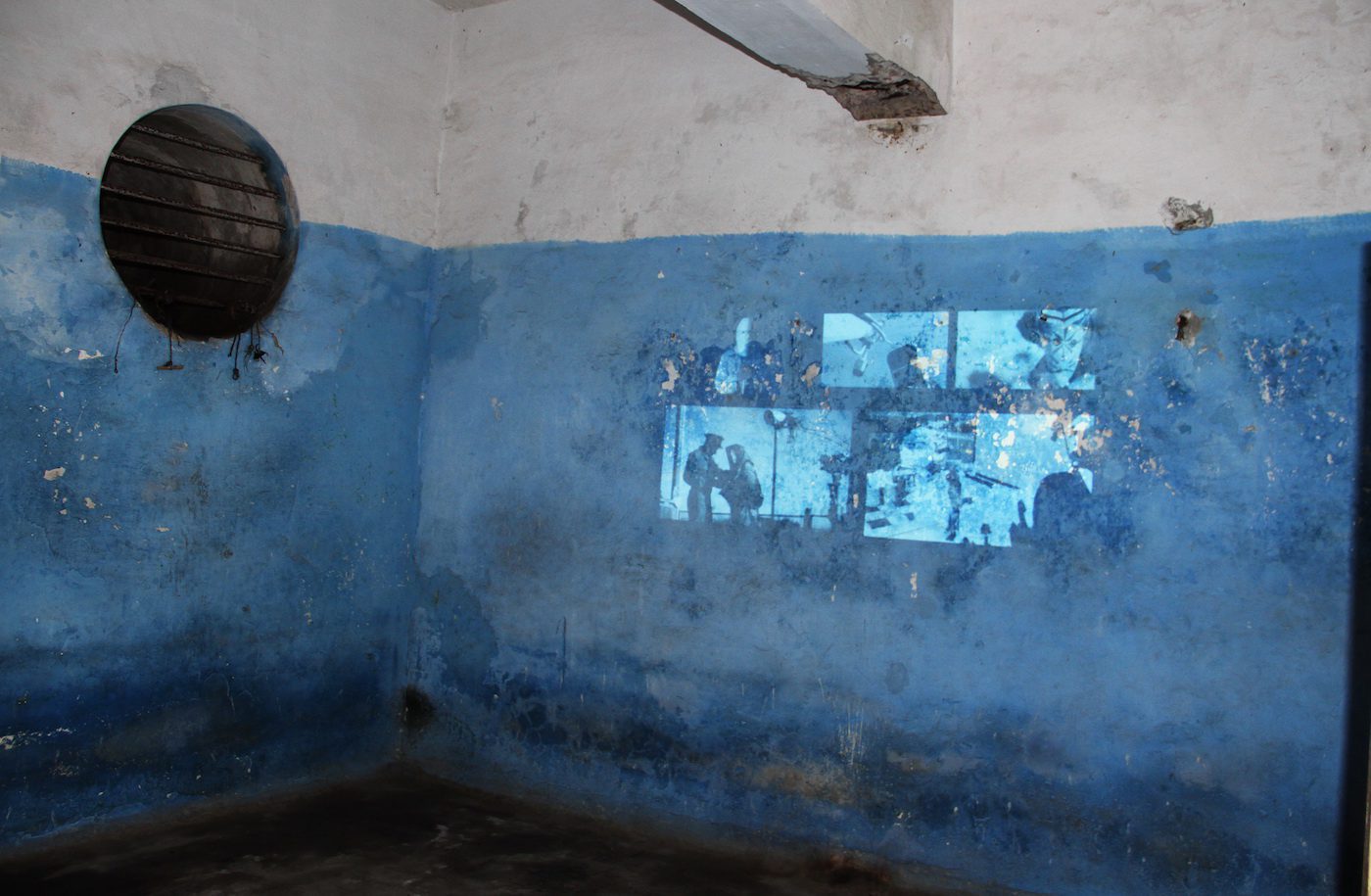 A video and photography installation in a prison cell at James Fort by the collective Ubulungiswa/Justice. Photo: Ruth Simbao 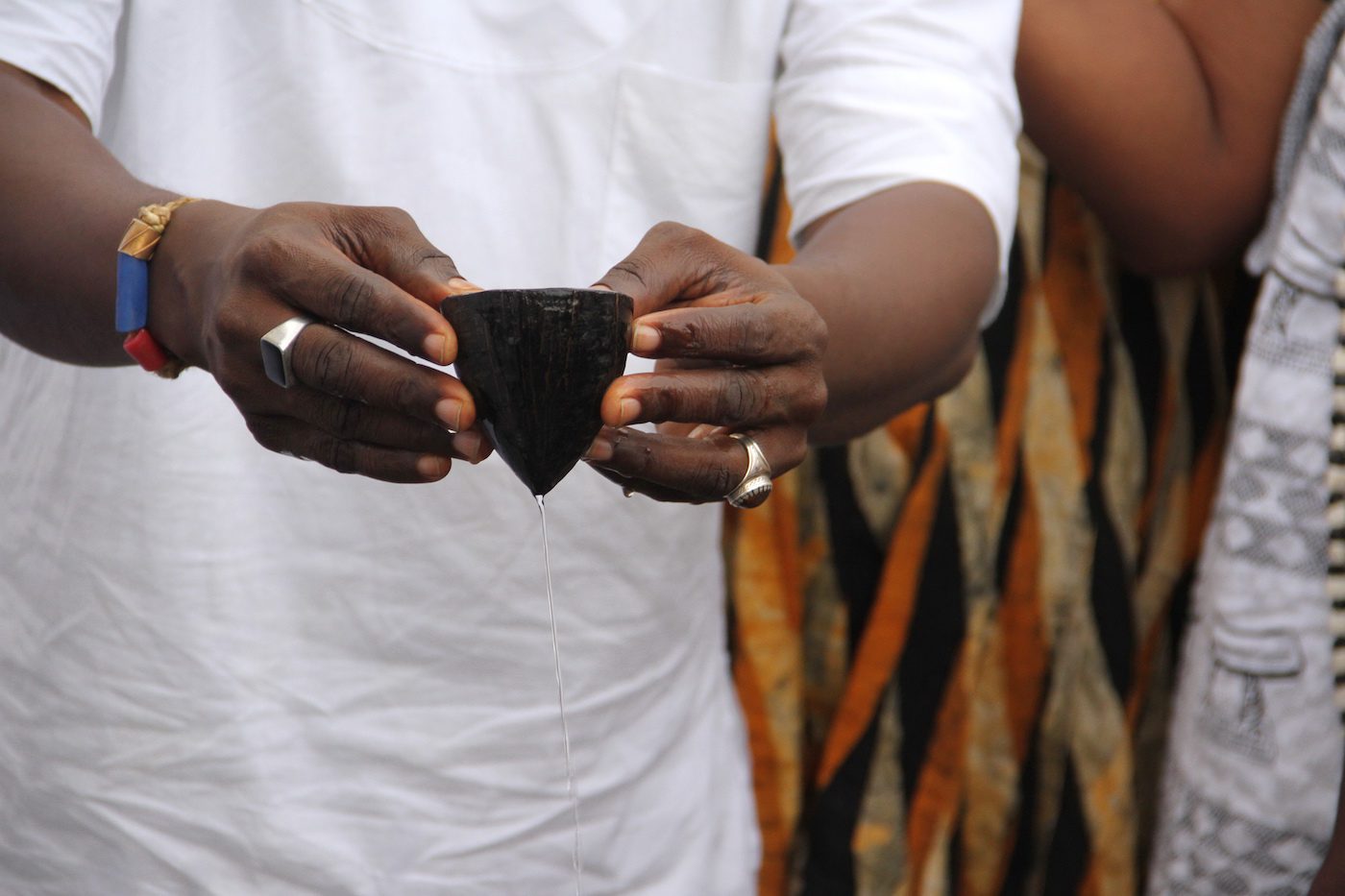 The Nai Priest pours libations at Brazil House in James Town to officially open the festival on the Day of Re-Membering. Photo: Ruth Simbao 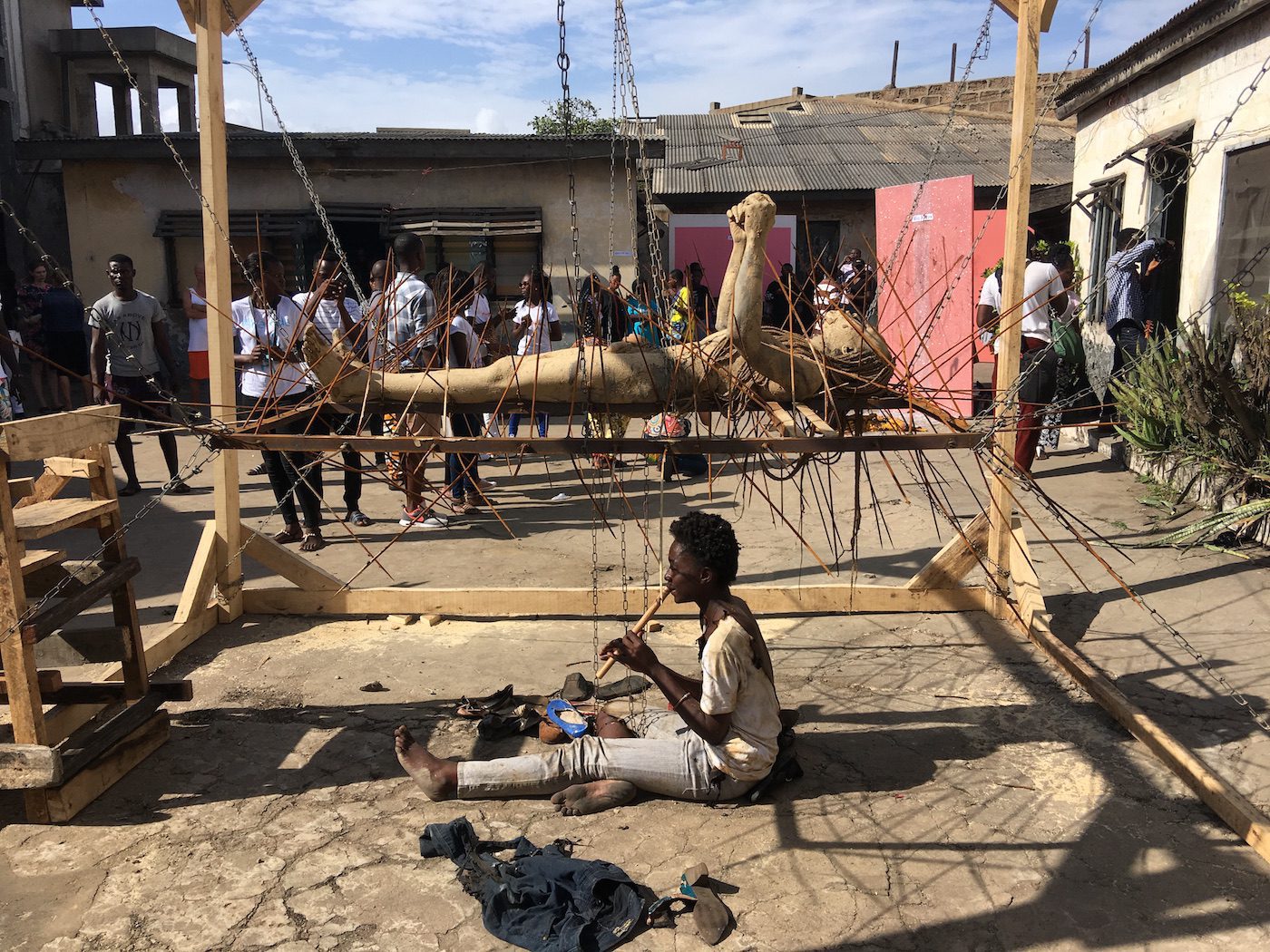 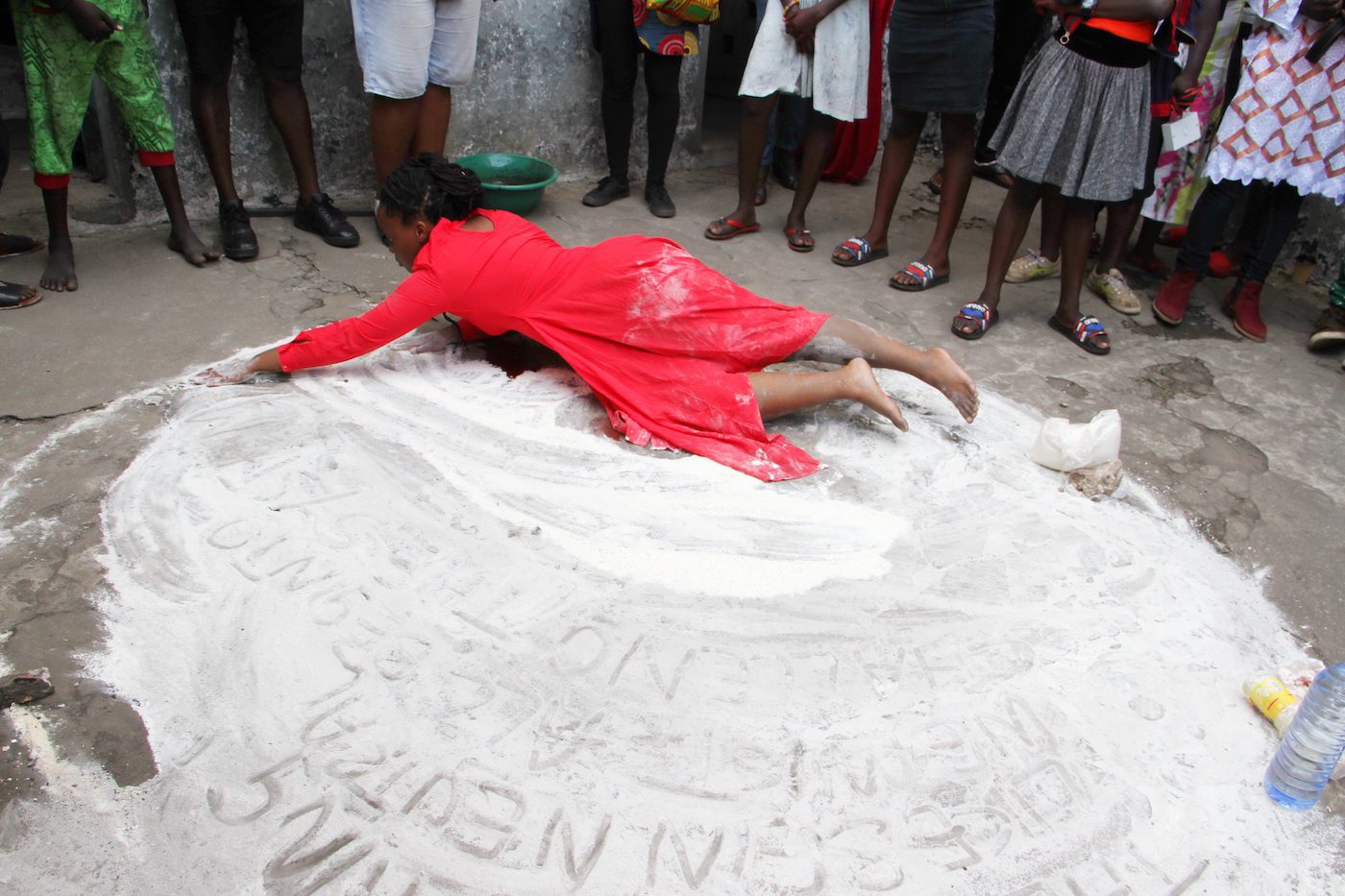 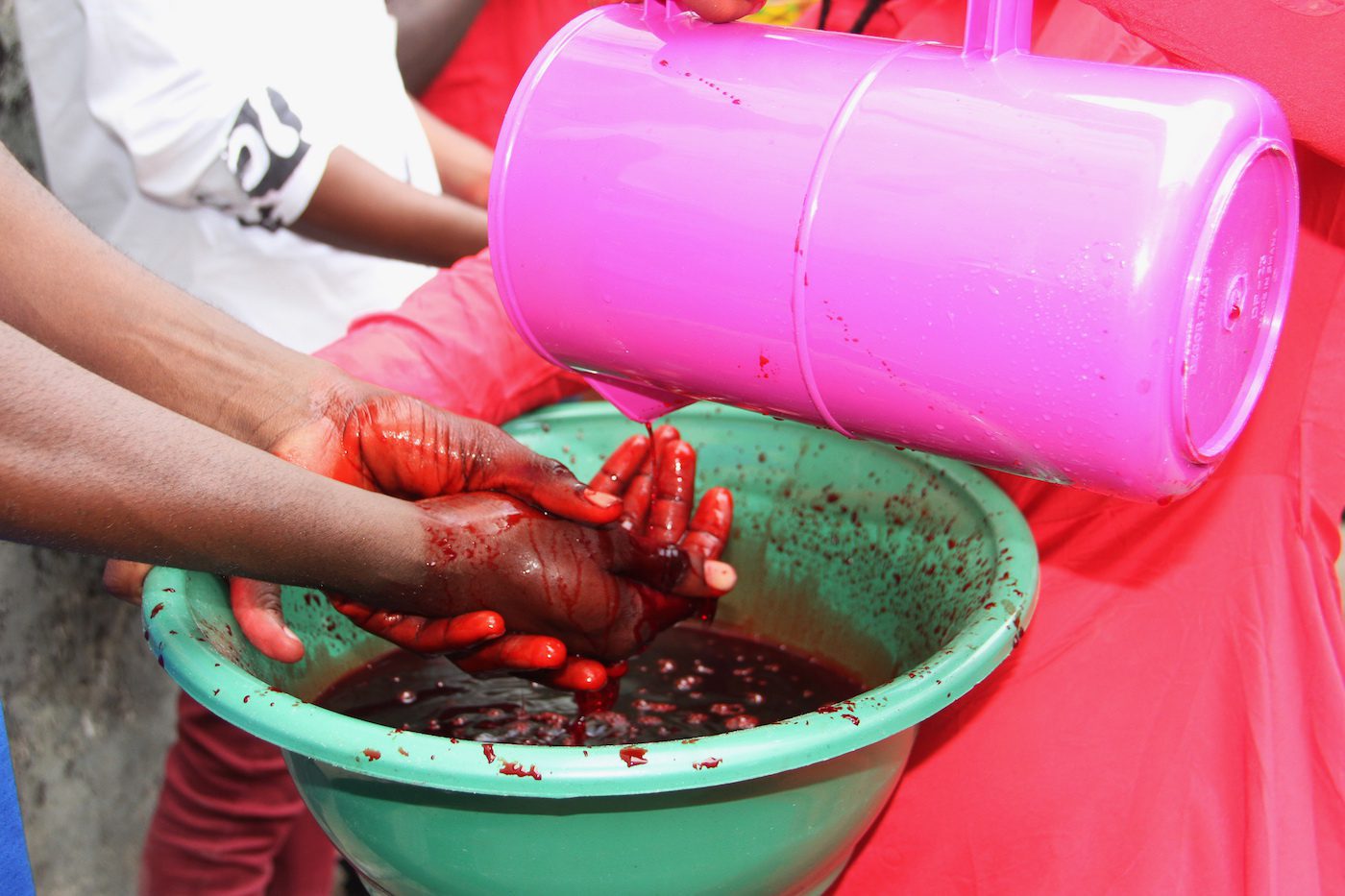 Exploring the notion of having blood on her hands for not voting in the recent Zimbabwe elections, Mukwazhi draws viewers into her performance as participants. Photo: Ruth Simbao 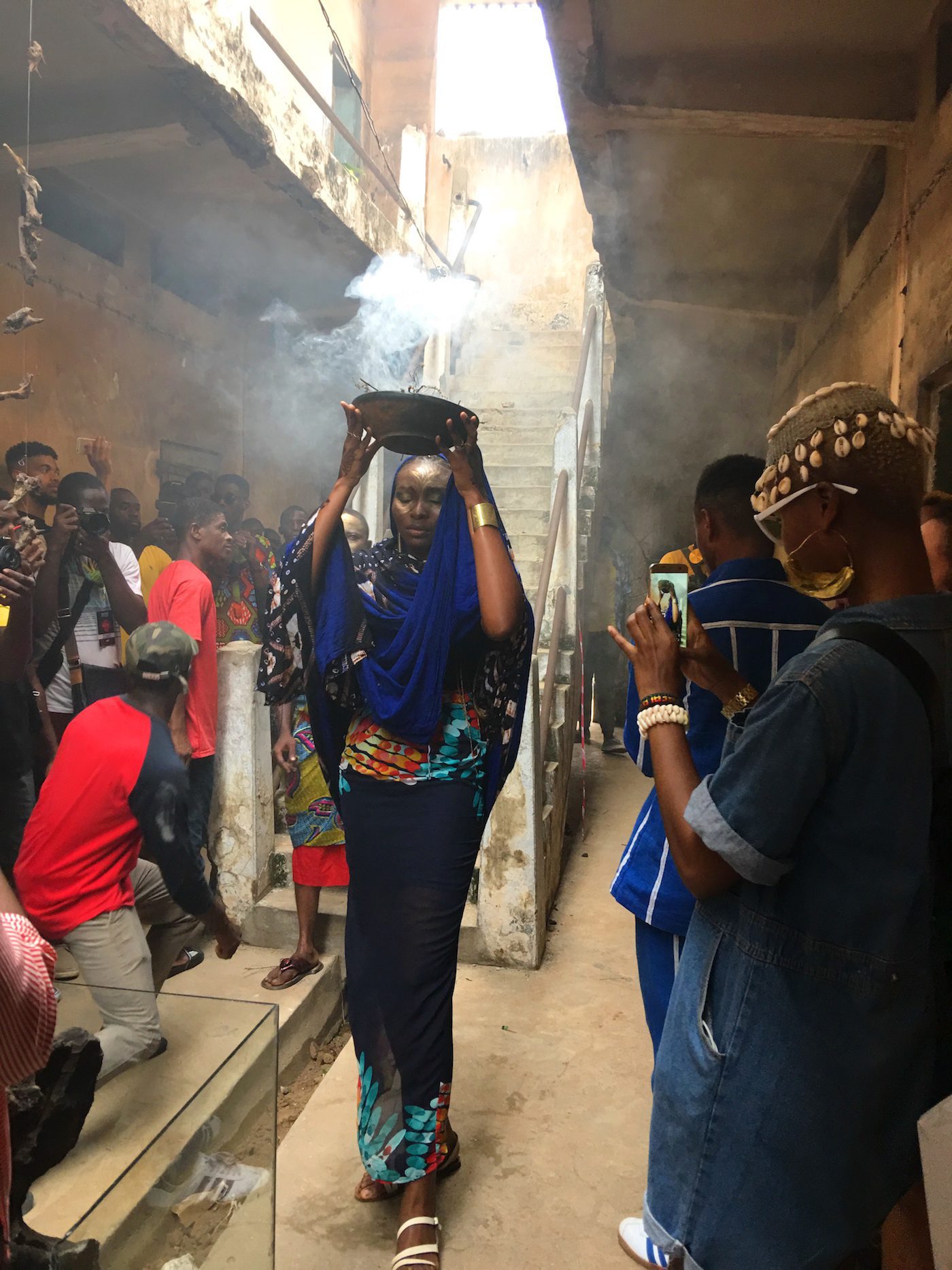 Charlotte Brathwaite, With the Sand and the Sea, 2018, Ussher Fort. Photo: Silvia Forni 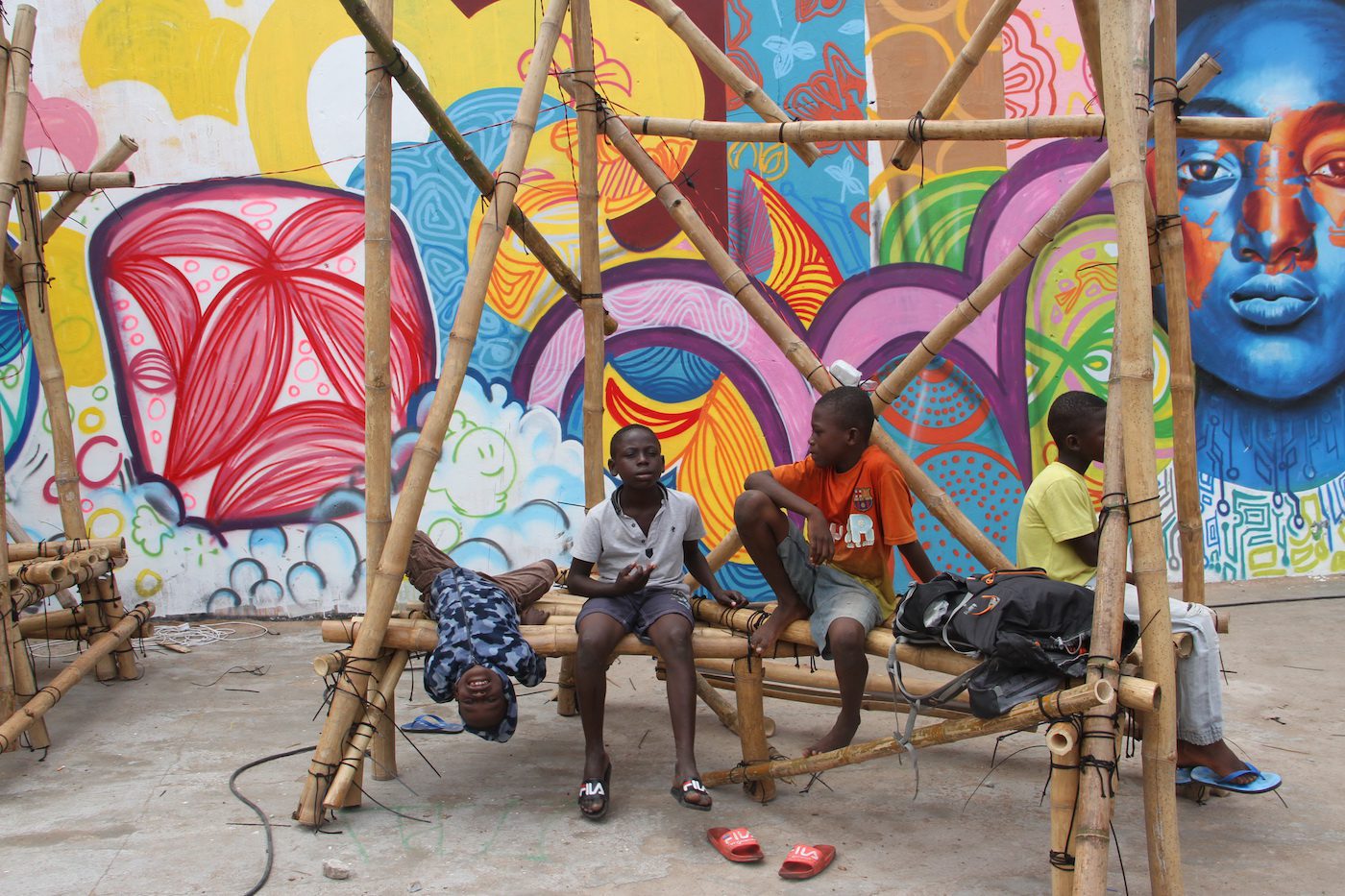 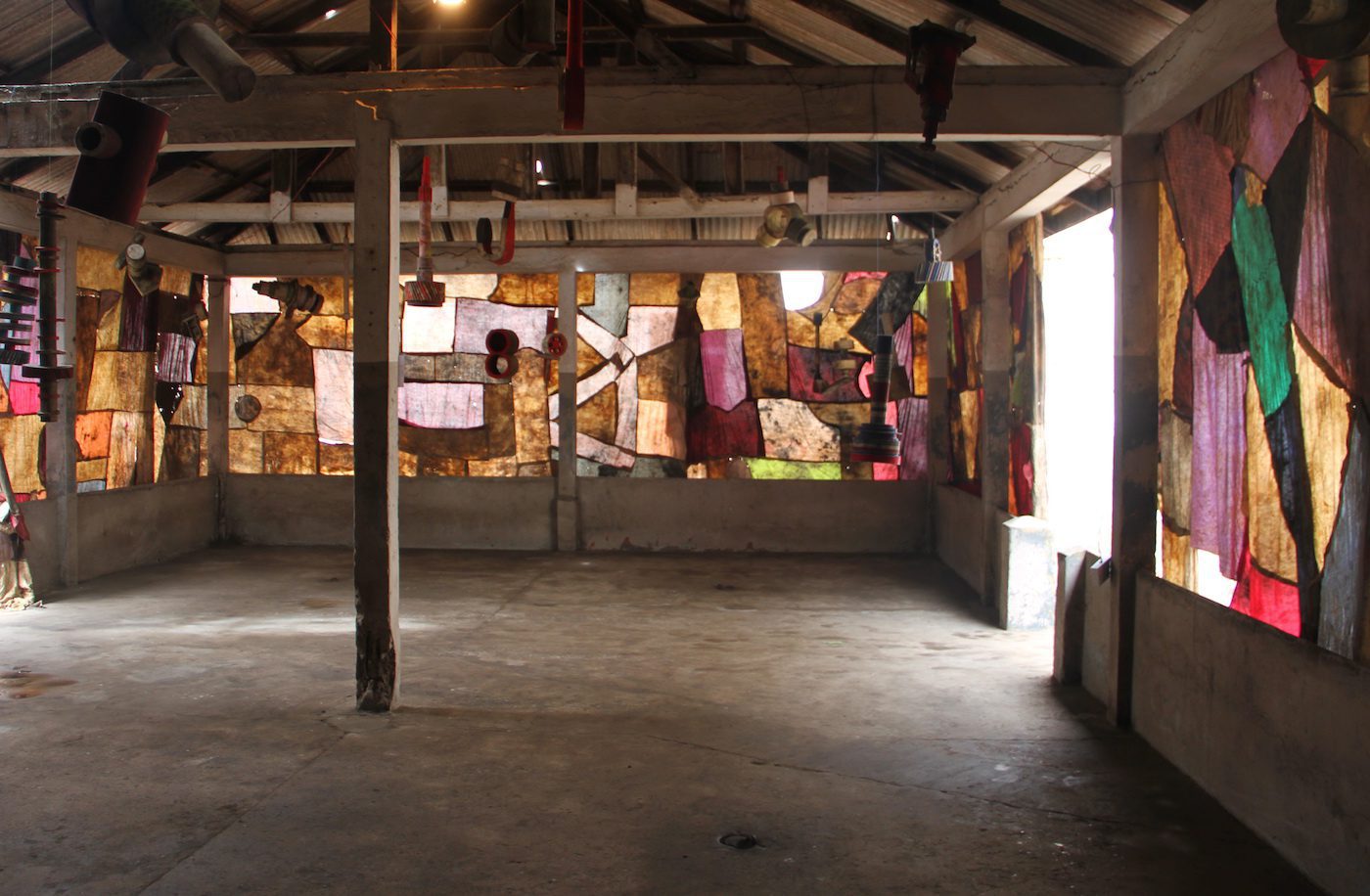 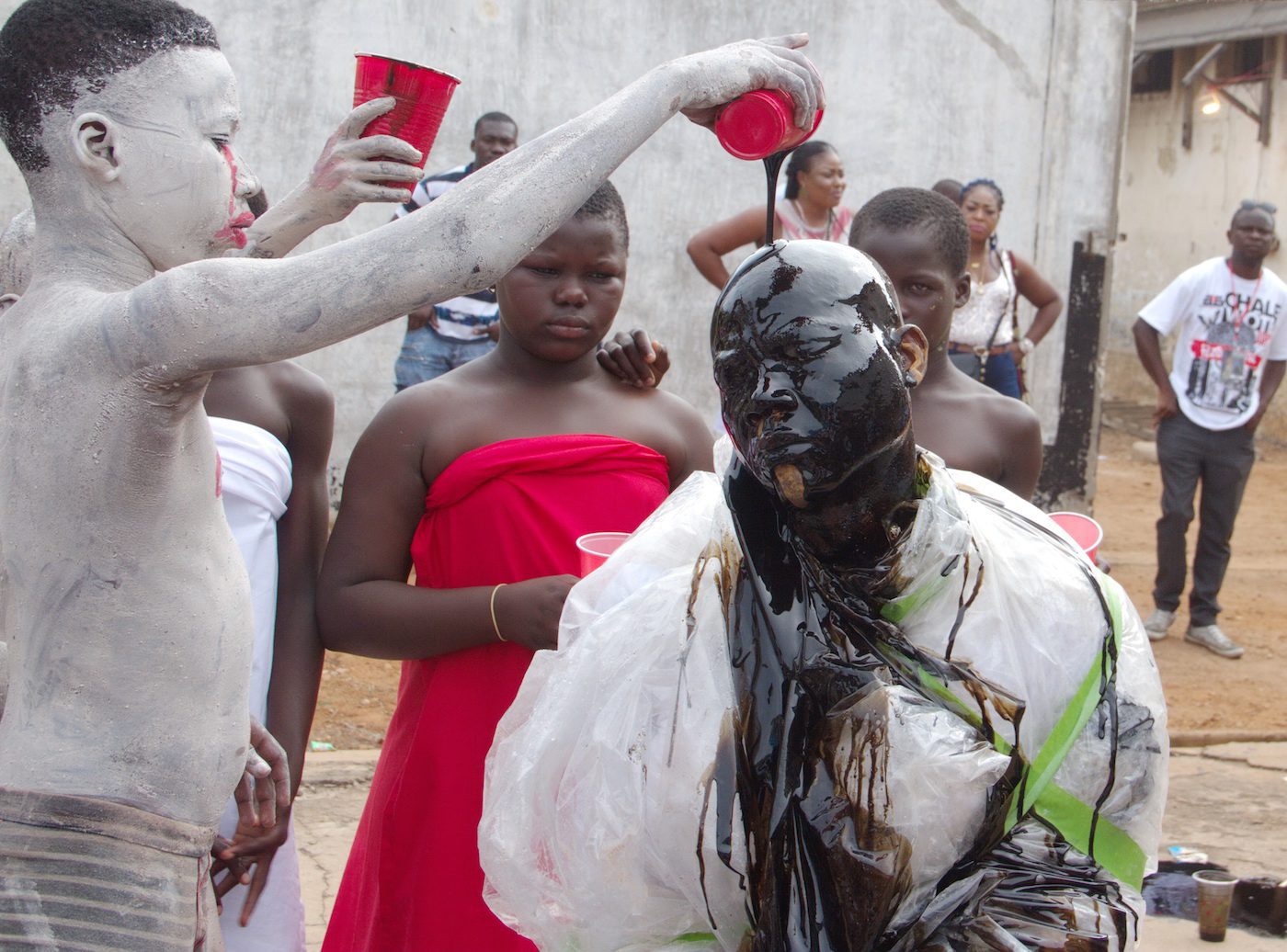 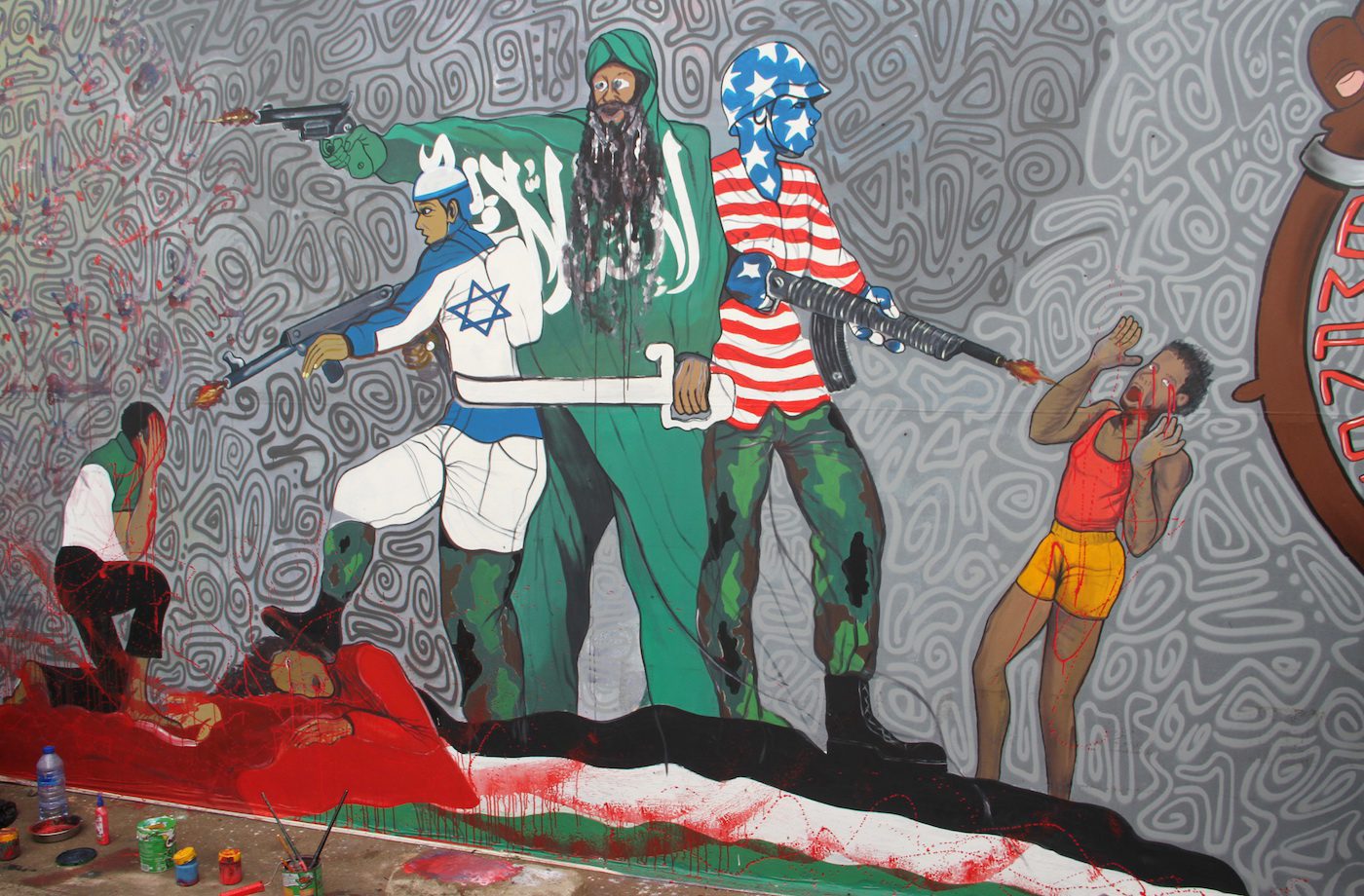