What do pictures want? W. J. T. Mitchell asked that question over ten years ago. But we now live in times when 3D printers produce food, and images become objects that one day may be able to “act back” at us. Which is why Kelvin Haizel, exploring physical and cultural landscapes from his home in Ghana, is interested in the condition of the image. The artist talks with C& about potentially dangerous images and an identity discourse that desperately needs change.

Contemporary And (C&): In your work you examine the condition of contemporary images extensively. What do you observe in them these days?

Kelvin Haizel: Images, in many ways, have become objects in and of themselves. Consequently, the image has become “matter” that is not to be perceived only with visual apparatuses and faculties – a wide range of sensibilities are needed to engage the image now. If, as with Hito Steyerl, the image has literally crawled out of screens, canvases, walls, and billboards and has materialized as a part of our reality, then it is equally plausible to say that it may also become something we may bump into when backing up to see the expanse of a blank wall. One can already imagine, with the advent of 3D food printers, the image becoming something that can even be eaten and digested. Just imagine food from around the world advertised on the internet, edited in Photoshop, and printed for lunch! We soon might no longer edit only visual temperature but temperatures of the image that can literally burn and bruise your tongue or give us novel culinary experiences. That is an exciting world to anticipate. 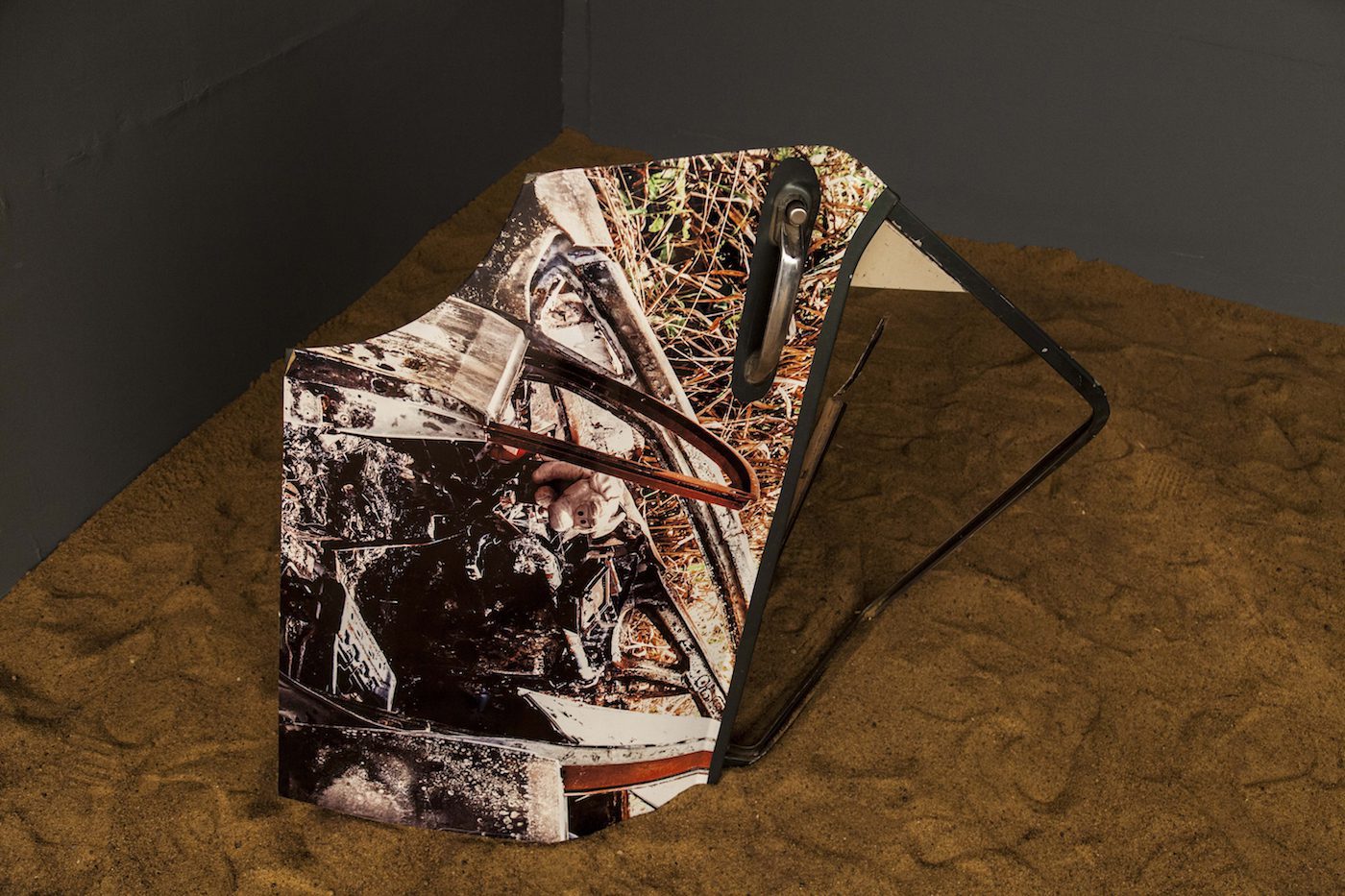 C&: How does this image-to-object reality influence your personal practice? And how does it relate to subjects that explore culture and identity?

KH: Images have crossed from the screen into our reality and become objects in our daily experience. They come to us from almost every geographical location possible, therefore the environment I talk of in my work is already at once local and global in every sense. For example, when Toyota recalled some 6,000 of its Camrys, Siennas, and Highlanders due to the faulty vacuum assembly in their breaking mechanism, a number of the cars were already running on our roads in Ghana, cars which were probably never recalled. And that may actually have played a role in the record high of 20,444 accidents on our roads in that period. So the errors of such a giant multinational company contribute to cumulative deaths in my local context, affecting the texture, literally, of the social and cultural landscape. My participation in this is to critique these neoliberal lapses and invite the wreckages, via image-become- objects, into my work.

C&: Why do you think “identity” is a recurring topic with artists from Africa and the Diaspora across generations?

KH: I don’t necessarily think anyone enters their studios and says to themselves, “I’m going to produce work about identity.” No. And sometimes it is simply those reading the work who wish to decipher the “identity” of the artist. I am wondering if anyone ever considers that this very notion of “identity” is also at play with Koons or Hirst, with all the furore that the latter’s Venice Biennale work sparked. I tend to believe the question points to the overburdened subject every artist from the Global South has had to grapple with in the last thirty years, if not more. It is as if all artists that fall within your above-named category must define and defend their artistic interventions based on a certain rootedness.

With the benefit of hindsight, we see that by the multicultural turn of the late 1980s and 1990s, artists in the so-called African Diaspora were asserting their equality partly by routing their interventions via the same identity-DNA narrative that “inventive” curatorial mishaps had engineered. Those on the African continent also erroneously believed they had to refer their subject matter to some “originary” notions in order to participate in the “global” conversation. So we are far from a differentiated discourse of identity.

C&: What could be done about the fact that many curators still crave the “authentic” from artists in Africa and the Diaspora?

KH: Having studied at the Department of Painting and Sculpture in Kwame Nkrumah University of Science and Technology, my practice is premised on starting with the void. Like many of my colleagues, I don’t privilege any particular medium, form, or material, nor one singular genre. All the histories are tested so that maybe we will be able to invent practices for futures ahead of us.