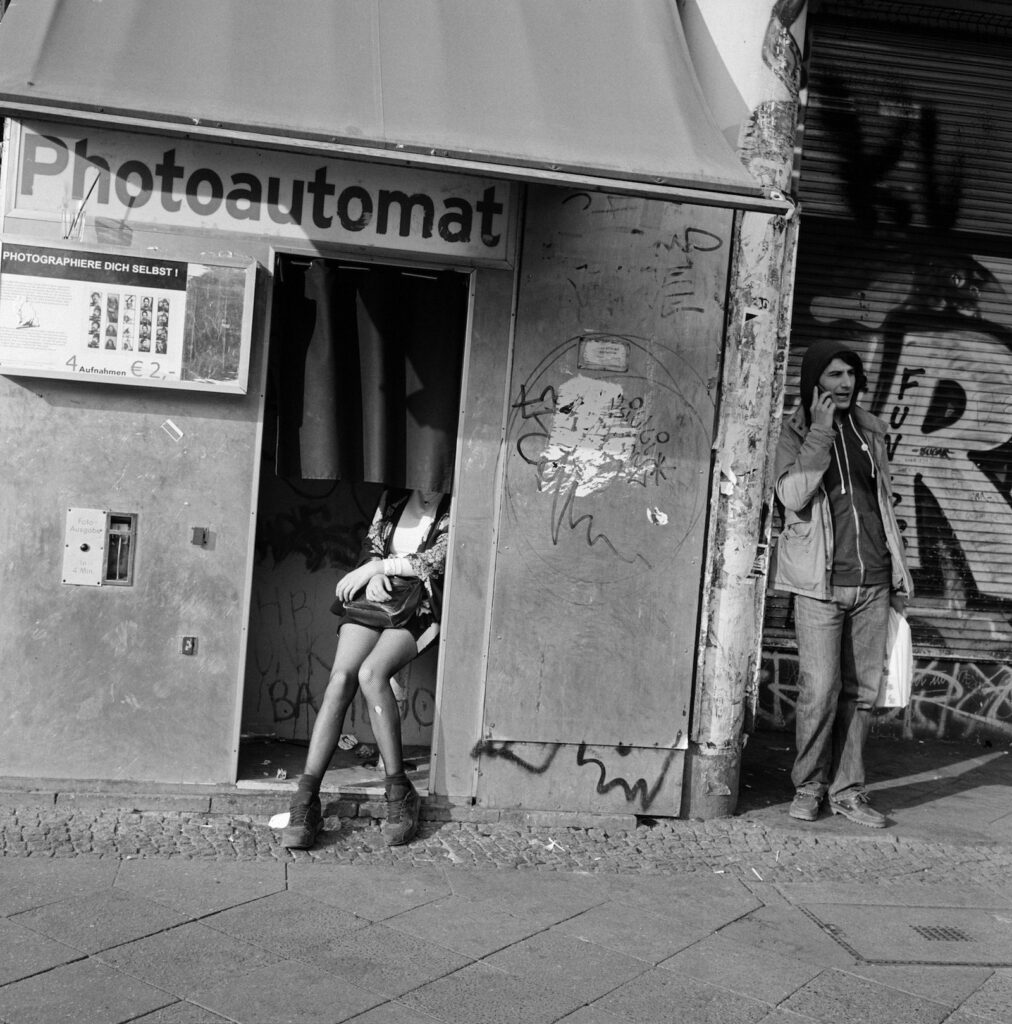 Akinbiyi’s primary photographic focus is large, sprawling megacities. Wandering and meandering the highways and byways in an attempt to understand and deeply engage with the modern metropolis. He works primarily in and on the four major African cities Lagos, Cairo, Kinshasa and Johannesburg, but also wanders in other major cities, Khartoum, Adidis Ababa, Dakar, Bamako, to name some. European, North and South American cities are also serious destinations.

There is no one viewpoint or way of working, wandering. The work is open-ended and driven by a desire to delve as deeply as possible into the meaning, the subjectivity of every day. Akinbiyi also works as a curator and has given photographic workshops internationally – in Germany, Nigeria, Sudan, Sweden, England, the United States, and Greece.

1946, born in Oxford, England of Nigerian parents. School and university in Nigeria, England and in Germany. B.A. English, Ibadan University. He has been a freelance photographer since 1977.

1987, STERN reportage stipend to work in the cities of Lagos, Kano, and Dakar.
1993, co-founder of UMZANZSI, a cultural center in Clermont Township in Durban, South Africa.

This year 2017 he has shown in a group show at La Vilette in Paris and is one of the artists showing at documenta 14, taking place almost simultaneously in Athens and Kassel.

Akinbiyi lives in and works out of Berlin.