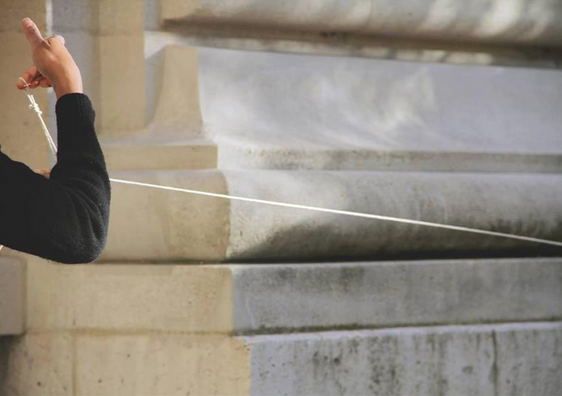 Kapwani Kiwanga was born in Hamilton, Canada and currently lives and works in Paris.

She studied Anthropology and Comparative Religions at McGill University in Montreal and has been artist-in-residence in Paris and the Netherlands. In her work across genres she is inspired by Afrofuturism, anti-colonial struggle, diverse belief systems, vernacular and popular culture. In her most recent work, A Memory Palace, which is on display in Berlin since January 2015, she deals with science and the role of the researcher. Installation, film, sound and performance come together in Kiwangas artistic practice. This opens a space oscillating between reality and fiction, thereby creating discourses which challenge hegemonic narratives. Her work which has won multiple awards internationally has been shown at Centre Georges Pompidou (France), Glasgow Centre of Contemporary Art (UK), and the Kassel Documentary Film and Video Festival (Germany).