When Oskar Kokoschka established the International Summer Academy Salzburg in 1953, such institutions were dominated by Western perspectives. Now that this has slowly been changing, this year’s Academy asks about a connecting set of ideas from which to discuss art education globally.

The International Summer Academy Salzburg presented the Global Academy? Conference from the 5th to the 6th of August 2016. This year’s symposium tried to take a closer look at art education initiatives and concepts from a global perspective. Practitioners in this field from eight different countries, some of them coming from the Global South like Senegal, Indonesia, Jordan and Mexico were invited to introduce their respective projects and to discuss collectively about the idea of art education. The program was dense and multi-layered and raised interesting questions about how to map out global art education and its development. What was striking at the conference was the importance of recurring key terms that were at times conflicting and acted as mirrors for the prospects and challenges at stake, particularly on a structural level.

In her opening speech, Hildegrund Amenshauser, director of the Academy, explained how the program evolved from facilitating courses for educators and learners predominantly from the Western paradigm to progressively opening its space to cultural agents from “all over the globalized art world.” Hence the title: “Global Academy?” Both the course program and the conference were means of asking whether and how it is possible to create a connecting set of innovative educational models and collaborative practices from a local setting to a global outcome.

From this point of departure, two keynote speakers, Regina Bittner, from the Bauhaus Akademie Dessau, and Sam Thorne, co-founder of the Open School East in London and former director of Tate St. Ives, each presented their perspectives on artistic exchange and education and how all of this is embedded in the political, historical, and social structures we live in.

Bittner introduced the World University in Shantiniketan as a crucial historical model of an art school in India, connecting it to the Bauhaus in Dessau. By drawing parallels between both contexts, she depicted their pursuit of the best possible modes of exchange and dialogue through community-building and experiential, process-oriented learning. Both institutions considered art an integral part of life. Furthermore, seeing art as an emancipatory practice, the World University in Shantiniketan was active in the deconstruction of colonial education at a time when cultural ideas and expressions were hijacked and strongly informed by the colonial project.

For his part, Sam Thorne focused on self-organized, artist-led art schools and platforms, giving a unique insight into the diverse international initiatives and a telling chronology of how they were created and recreated, evolved and how some of them even closed due to different sociopolitical conditions. For instance, posing a radical new learning model in the arts, the Open East School was created in 2013 as an alternative to the skyrocketing tuition fees and the burden of student debt in the UK. It also provides a space for public art and collaborations between artists, scholars, and curators and thus allows new social formation and critical thinking in unsettling times. Going further, Thorne noted that most artist-led art schools nowadays and more specifically in Westernized settings paradoxically become more formalized by adopting more and more terms like “academy” or “university,” expressing a new social order. This also raised the question of the extent to which independent art education has entered the orbit of institutionalization and the art market. 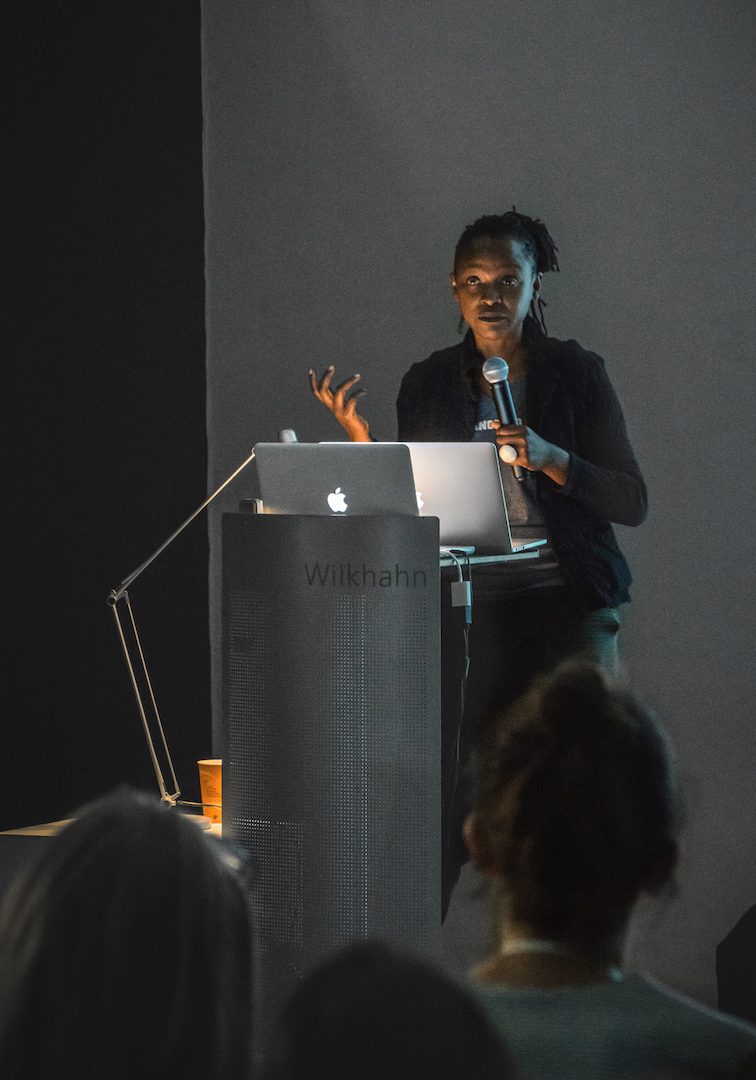 Koyo Kouoh presented her new project: the RAW Academy, a non-formal art school in Dakar. Defined “as an organic imposition” within the cultural practices of its derived platform RAW Material Company, the RAW Academy is situated in the nexus between „a Pan-African vision of learning practices and an international scope in the art world“. Kouoh also explained the sociopolitical framework of the Senegalese higher education system that has evolved from flagship universities thriving under Senghor to their decline due to social reforms and ensuing structural difficulties in the 1980s and ’90s that affected a great number of African countries.

Another example was the artist collective ruangrupa that was born in 2002 in post-dictatorship Indonesia. Ruangrupa has created the Institute ruangrupa and several programs like the Art Critique and Curator Workshop to provide a structure that the national authorities cannot fulfill.

In addition, other best-practice examples that were presented pointed out the role of funding and relations with the public. 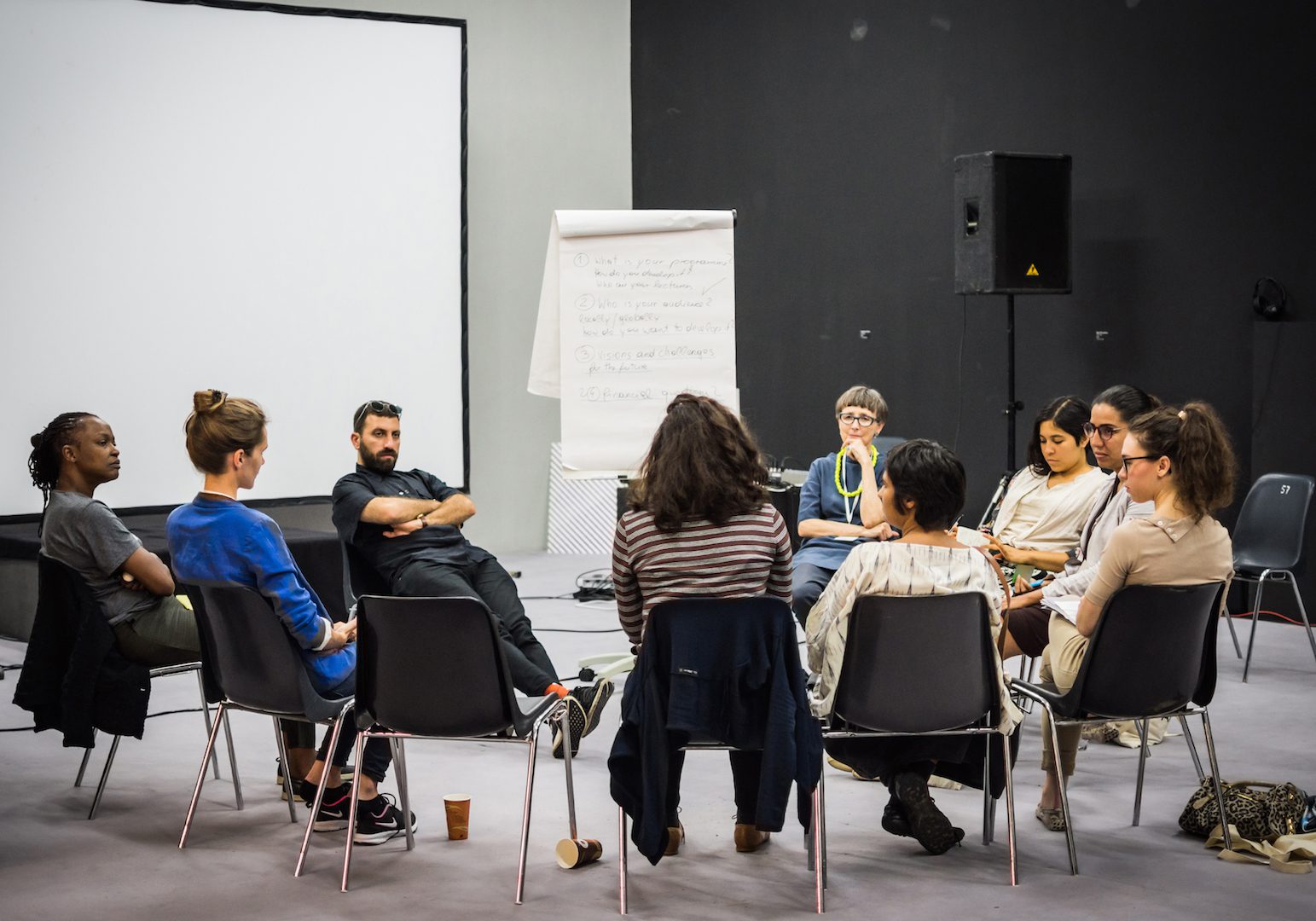 Coming back to the title of the conference “global academy?” and looking at the examples of this report, one question remains: What is needed for future discussions about artistic education and collaborations? It is important to look at what lies behind the expressions “global” and “international.” For instance, do we have to unlearn the Westernized trending of the global and pave the way for new wordings, a new set of linguistic and cultural translations allowing the space for counter-perspectives and counter-practices?

In times of raising nationalism and rapid economic shifts, especially in the West, we need to continuously create opportunities to discuss openly and critically the links and the gaps between the local and the global. We need to consider art education in a holistic manner that also examines public and political structures, institutions, power, and inequalities. A universal, global education, if it truly exists, is certainly a contested terrain.