With the exhibition Conundrum of Imagination at the Wiener Festwochen, Bonaventure Soh Bejeng Ndikung and Pauline Doutreluingne put the “European age of discovery” into the spotlight and analyzed it from a decolonial perspective.

Gauthier Lesturgie: James Baldwin reflected the terrifying genealogy of violence in the United States from the bloody “conquest of the Wild West” until his contemporary environment. Can you tell us more about your project and its contemporaneity?

Bonaventure Soh Bejeng Ndikung: Our project takes its cue from two poems by James Baldwin: Conundrum and Imagination. One sentence that stuck with me was: “Columbus was discovered by what he found.” What fascinated me was how Baldwin twisted the perspective. The idea of discovery is a complicated one, tied to the imposition of one’s view, one’s epistemologies, and the destruction of the other’s knowledge. Questioning the position of who discovered whom or what, one necessarily shifts the center of gravity and thus of power. We were also inspired by a Burning Spear song, in which he chants “Christopher Columbus is a damn blasted liar.” 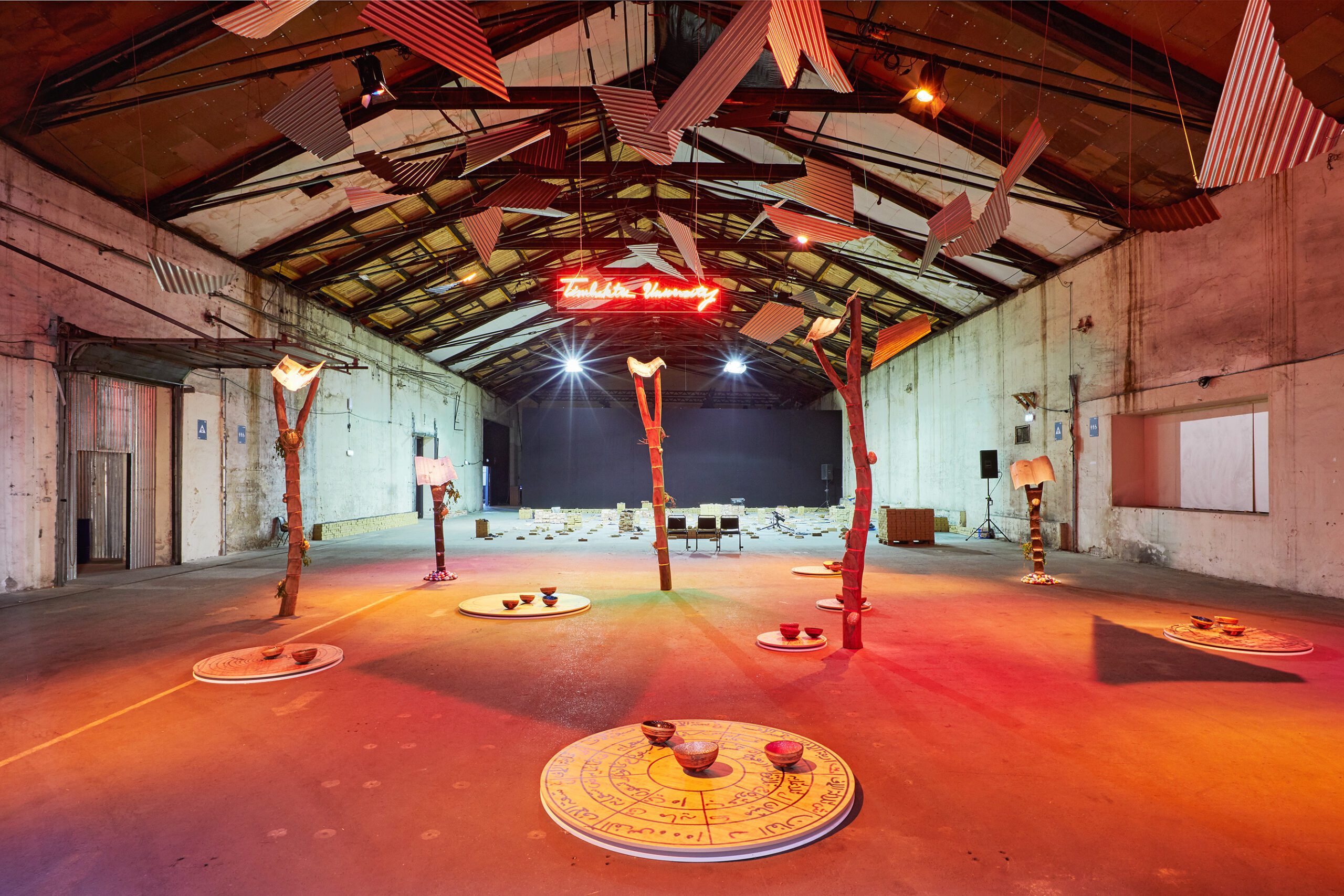 I see this project as a further step in my efforts to understand and explain what Baldwin called “the conundrum of the imagination” of discovery. Pauline kindly accepted my invitation to work with me on that. And the 15 artists generously accepted to continue reflecting and challenging this chapter of our history. A chapter that – maybe more than any other – left a mark on our contemporary: economically, scientifically, politically, and socially.

Pauline Doutreluingne: Our views to date have been largely influenced by the travel diaries and conquest memorabilia of the European explorers since the sixteenth century. The medium of film, represented by Hollywood and the dominant western education system, staged the white conqueror, the white missionary, and the white teacher as the heroes of our “successful” western society, keeping white supremacy and the image of the racial divide neatly in place. The power structures that were set up centuries ago, with violence, suppression, the spread of diseases, and paranoia, still largely remain and have left their marks in the collective memory.

GL: Notably, this exhibition took place at the Leopold Museum in Vienna, Austria. How did you think about your project in terms of its location in this city, and perhaps more generally in Austria?

BSBN: I’d like to answer with a thought on the Mexico-Austrian relationship. Austria’s Maximilian I was made emperor of “the Second Mexican Empire” in 1864 upon an offer by Napoleon III. The reverberations of this intervention in an early Mexican democratic structure during Benito Juarez’ presidency are still felt in Mexico today. Also, the famous featherwork headpiece that is said to have belonged to Moctezuma II – the Aztec emperor defeated by the Spanish – is still in Austrian custody in Vienna’s Museum of Ethnology. This is an issue that strains the political relationship between the two countries.

But Austria was not at the center of our project. From a curatorial point of view, we were interested in posing questions from a macroscopic engagement with the notion of coloniality and “the European age of discovery.”

GL: One the most effective and therefore dangerous facets of conquest is its takeover of historical narratives. How do you think contemporary artistic expressions can create counter-narratives that help us reread those authoritative narratives?

PD: Imagination offers space to unravel life and look for new forms of seeing and thinking. Just like dreaming, imagination can be used as a resistance strategy. Contemporary artistic expressions allow counter narratives and in my opinion they can even offer a sort of healing for the disenchanted bodies. With strong poetic, aesthetic imagery, they can zoom into disregarded histories of knowledge, dreams, traumas, resistance, oppression, and empowerment, and build a counterhegemonic library for current battles. 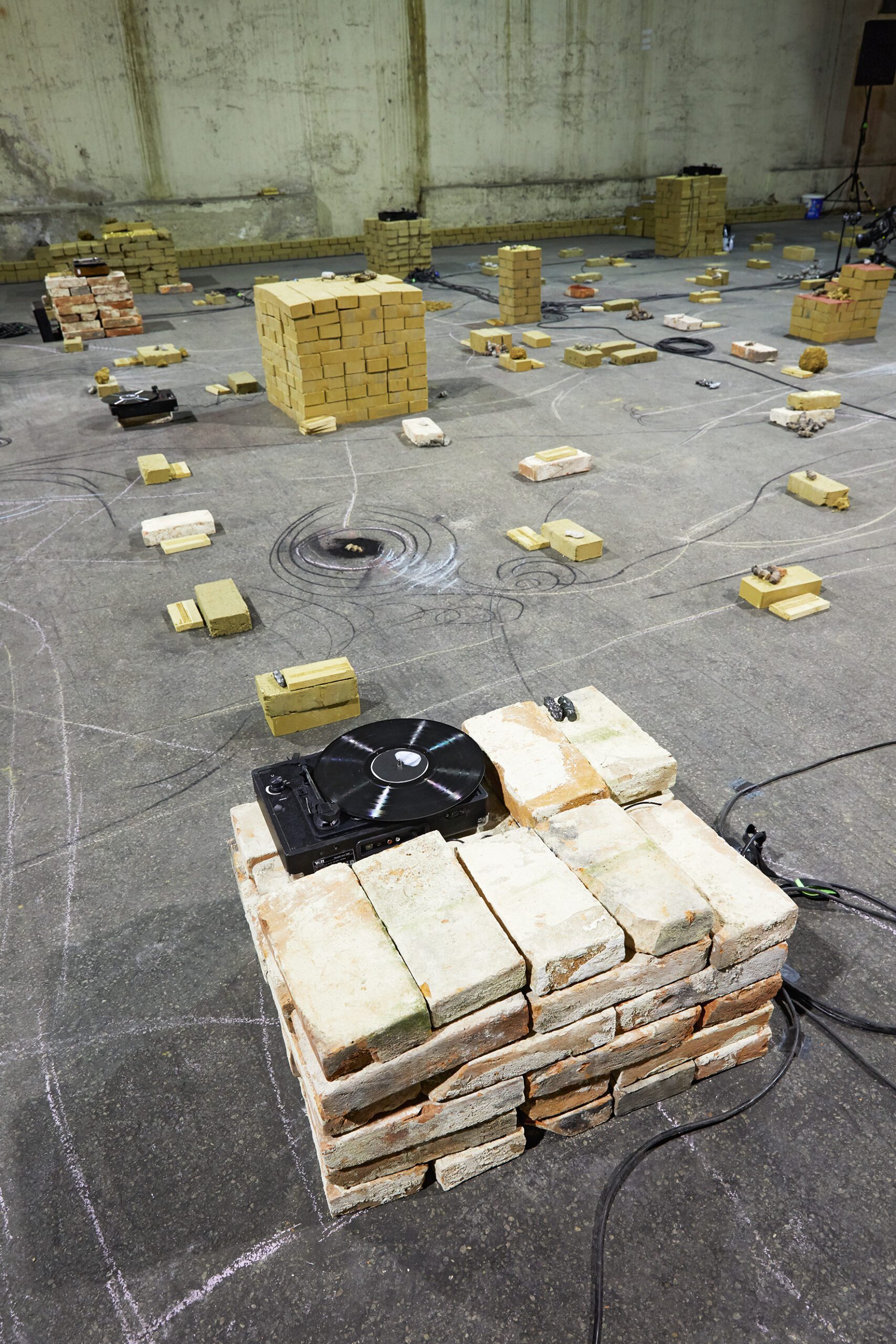 Dineo Seshee Bopape made a performance for this exhibition entitled … struggle of memory against forgetting, which stands as an archive of recorded anti-colonial revolts and acts of resistance in Africa. It is often and commonly believed that the African continent was colonized without much fight or resistance from the native people. This is not the case: people fought, refused, rebelled, said no – for hours, for days and for decades and centuries. This work is about the need to remember and to remind ourselves, as a way of commemorating those acts and beings. Amnesia is our biggest human trap. It forces us to battle again and again against injustice and inequalities.

GL: In your curatorial text, you suggest the internet as a tool for conquest and a contemporary territory of exploration. Can you tell us more about that in relation to your subject?

BSBN: Let’s start with the name of a well-known browser: Internet Explorer. It suggests that through this medium one can explore a relatively new and uncontrollable territory. A lot of the terminology that was used in the “European age of discovery” function and are reflected within the spheres of the internet – the idea of terra incognita, the domain, the idea of hoisting a flag, tagging, and naming, all these relate to the concept of exploration. 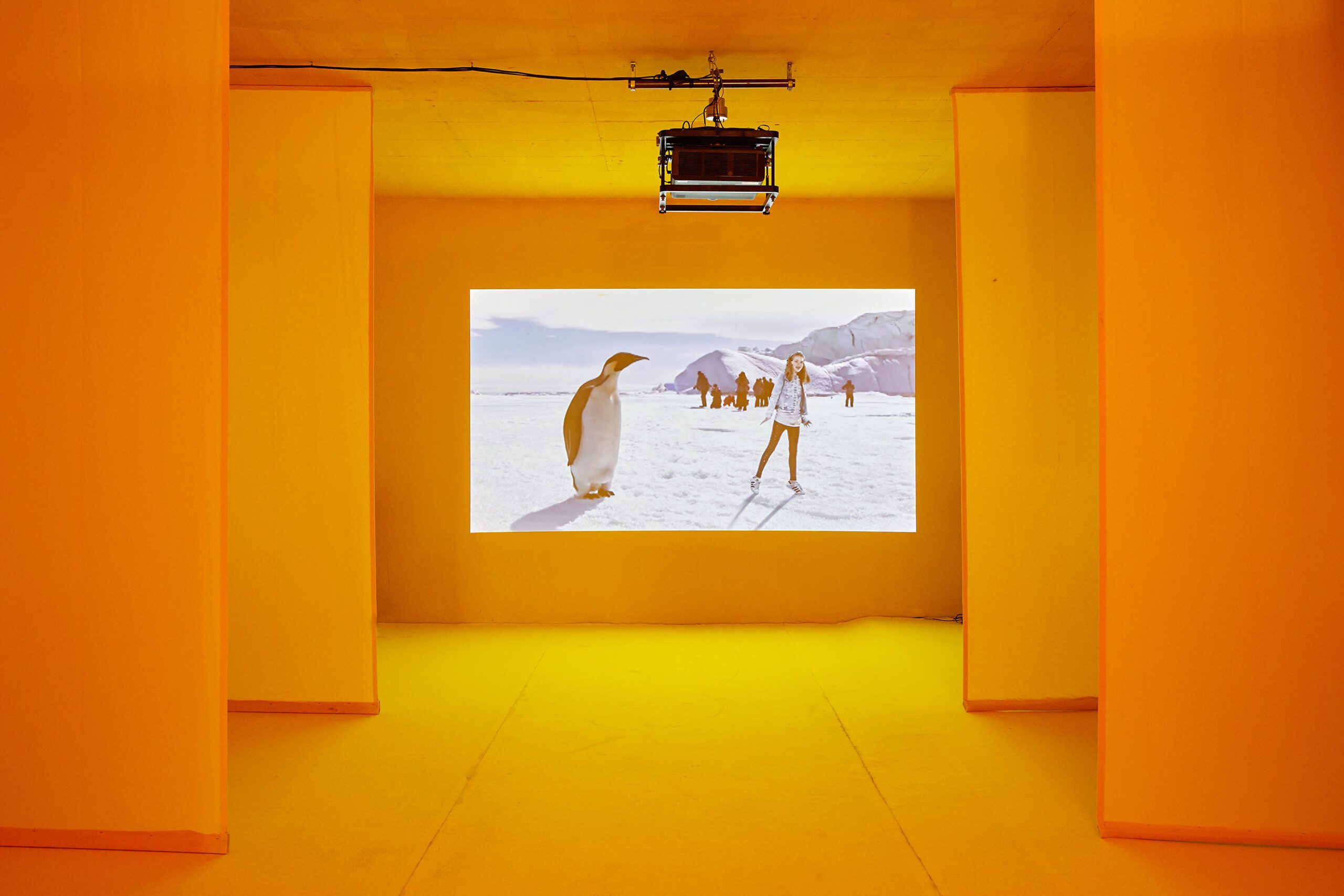 PD: In her new film project Progress vs Sunsets, Melanie Bonajo explored how the internet has changed our perception of wilderness and the representation of non-human beings. She interviewed children and asked them how they feel connected with non-human beings and nature. With humor and cleverness, the children seem to be very aware of the human impact on our planet. Bonajo uses famous animal clips from YouTube, Instagram, and other social media sources to which the children relate very well. They have never experienced a real wilderness, but they know so many details about remote places and animals due to their explorations on the internet.

GL: The performances and videos in your program allow artists and audience to “act,” “reenact,” or “occupy” new positions and make the “what if” possible for a moment. The lectures enable rereading and translation through biographical, fictive, or even mythologic tones. Could you tell us more about these aspects of your project?

PD: We commissioned each artist to create an “installative” and performative piece. The performative language is often more fragile, engaging and opening up the content of the work towards the audience in a generous way. Colonialism is a human invention, and this exhibition attempts to reinvent and reimagine cross-cultural encounters. We wanted to look at those expeditions from various perspectives in order to break the Eurocentric, white supremacist worldview that is still so present in today’s society. 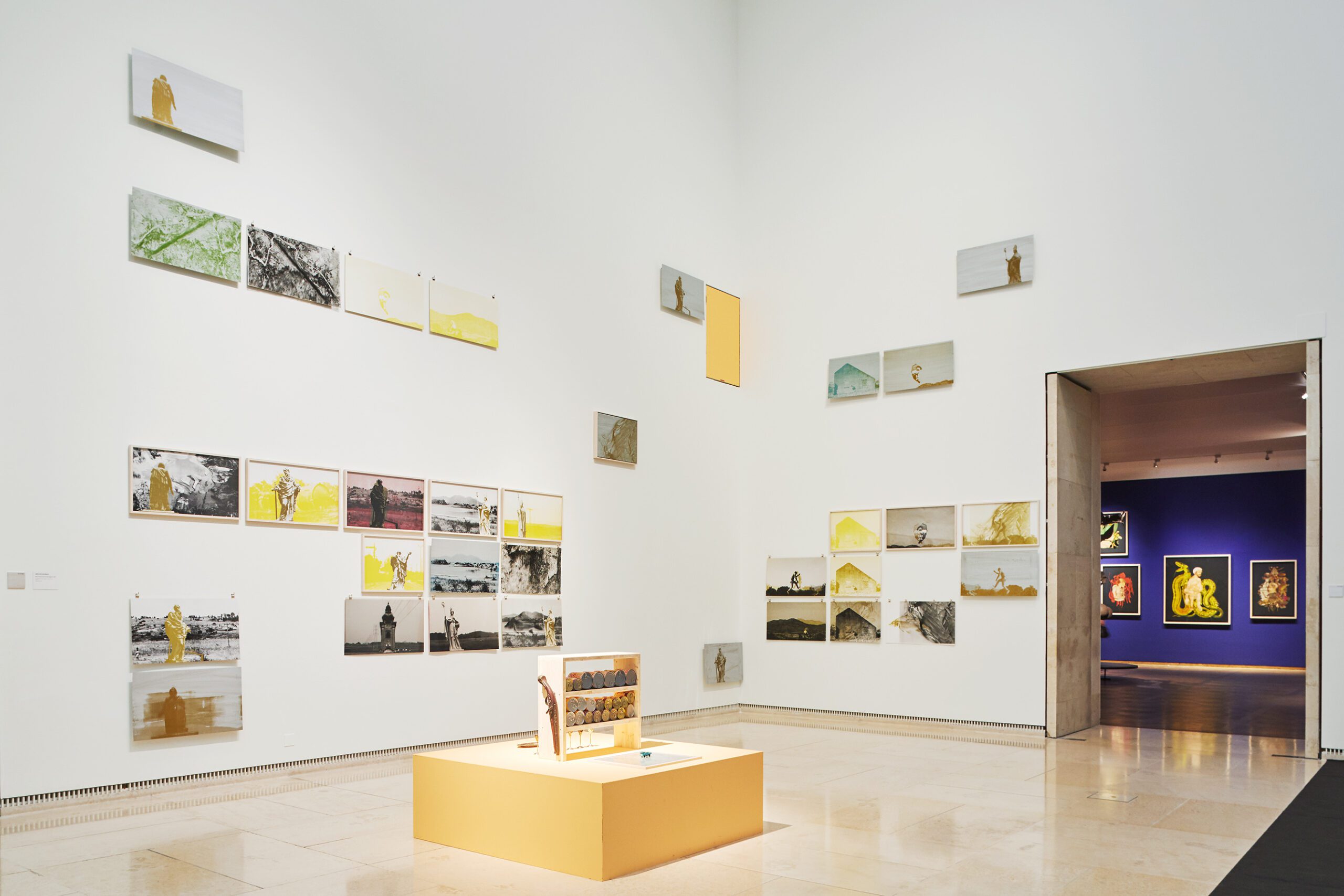 The artist Abraham Oghobase brought in imagined realities in his expanded performance piece What if Austria had colonized Nigeria? A fiction, close to reality, with slow repetitive movements of digging and shuffling in a vast, desolate background of mining landscapes in Plateau State, known as Tin City, in his native country Nigeria. He staged himself in that smoky, dusty landscape, as he does in his photographic series as well, embodying both the role of the discoverer and of the discovered.

The quintessence of imagination was embodied and addressed in a large diversity of language, style, and form throughout the performance and lecture program, as well as in the exhibition itself. This was a conscious choice during the selection of artists, that their differentiation in languages and forms, combined with their similarities in subjects and strategies, would enable each work to be amplified by the others and build a narrative together.

The End of the Contemporary?